The much anticipated IPO - Paytm’s share price tanked 27% on the market debut, wiping of $2.4 Bn of Market capitalisation from its pre-IPO valuation of $16 Bn 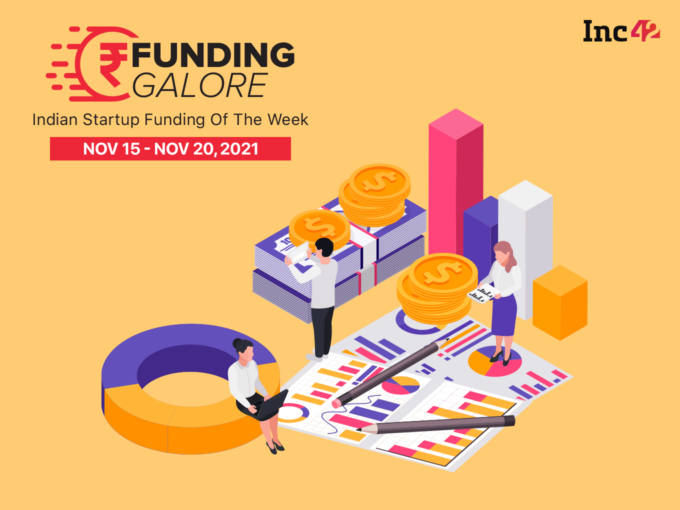 In terms of the public markets, Vijay Shekhar Sharma-led Paytm went for the country’s largest biggest IPO worth INR 18,300 Cr and tanked 27% on the first day of listing.

The week also saw a thrasio-style venture Mensa Brands becoming the country’s fastest unicorn after it raised $135 Mn in Series B round after only six months of operations.

The week’s second-biggest funding round was raised by edtech giant BYJU’s which expanded its ongoing Series F round to $363 Mn after Chang Zuckerberg’s CZI Investment and Google founders’ family office pumped in around $67 Mn at $21 Bn valuation.

Paytm whose shares were expected to trade at INR 2,150 per share on the stock exchange ended up trading at 27% discounted price of INR 1564.15 when the market closed, thus removing $2.4 Bn market capitalisation from its Pre-IPO valuation of $16 Bn to $13.64 Bn.

Policybazaar’s investors witnessed strong returns as the shares debuted on the exchanges on November 15, 2021. The shares were listed at 17.35% premium on both BSE and NSE at INR 1,150 apiece. Its market capitalisation at the end of the debut day was INR 54,070.33 Cr.

P.B Fintech, the parent company of Policybazaar and Paisabazaar, went for listing on November 15 as its shares soared 22% on their market debut.

P.B. Fintech is the third fintech startup after Paytm and Fino Payments which have listed on the public market. The founders and top employees of PB Fintech will be making a total of INR 3,435 Cr through their shareholding or vested stock options.