[Funding Galore] From BYJU’s To MyGlammm — Over $1.7 Bn Mn Raised By Indian Startups This Week

[Funding Galore] From BYJU’s To MyGlammm — Over $1.7 Bn Mn Raised By Indian Startups This Week

The Indian startup ecosystem raised $1.78 Bn in funding across 27 deals 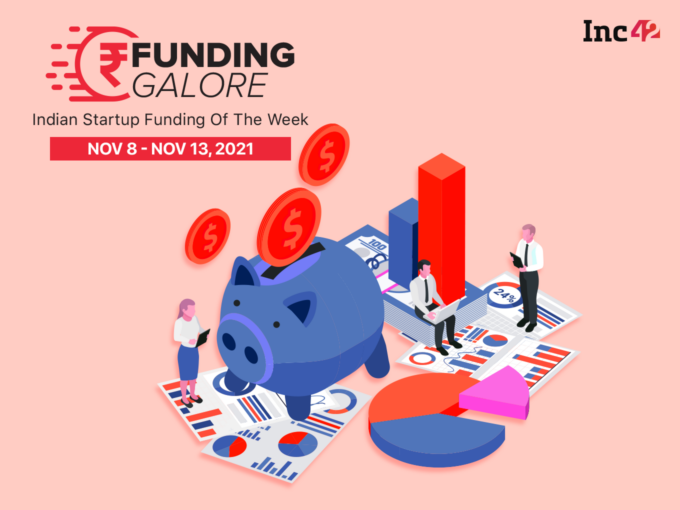 Last week’s drop in funding can be attributed to Diwali, one of the major festivals celebrated countrywide.

In terms of the public markets, Vijay Shekhar Sharma-led Paytm went for the country’s largest biggest IPO worth INR 18,300 Cr and got a moderate response in the three days of the offer.

The week’s biggest funding was raised by edtech decacorn BYJU’s which raised $1.2 Bn in a term loan B (TLB) funding round.

The INR 18,300 Cr initial public offering (IPO) of One 97 Communications, which runs fintech giant Paytm ended on Wednesday (November 10th). The offer was oversubscribed backed by a healthy response from institutional investors on Day 3.

API Holdings, the parent company of epharmacy unicorn PharmEasy has filed its draft red herring prospectus with market regulator SEBI. PharmEasy will be raising up to INR 6,250 Cr through a fresh issue of shares.

Online car marketplace platform Droom has filed its draft red herring prospectus to raise INR 3,000 Cr through the public market. The IPO offer include a fresh issue of shares worth up to INR 2,000 Cr and an offer for sale worth INR 1,000 Cr.

Veranda Learning Solutions has joined the queue of IPO-bound new-age digital companies in the country and has filed its draft red herring prospectus with SEBI in a bid to raise INR 200 Cr.

The proposed IPO consists of a fresh issue of shares. According to the DRHP, the company may consider a Pre-IPO placement of equity shares aggregating up to INR 50 Cr for cash consideration, prior to the filing of the Red Herring Prospectus.