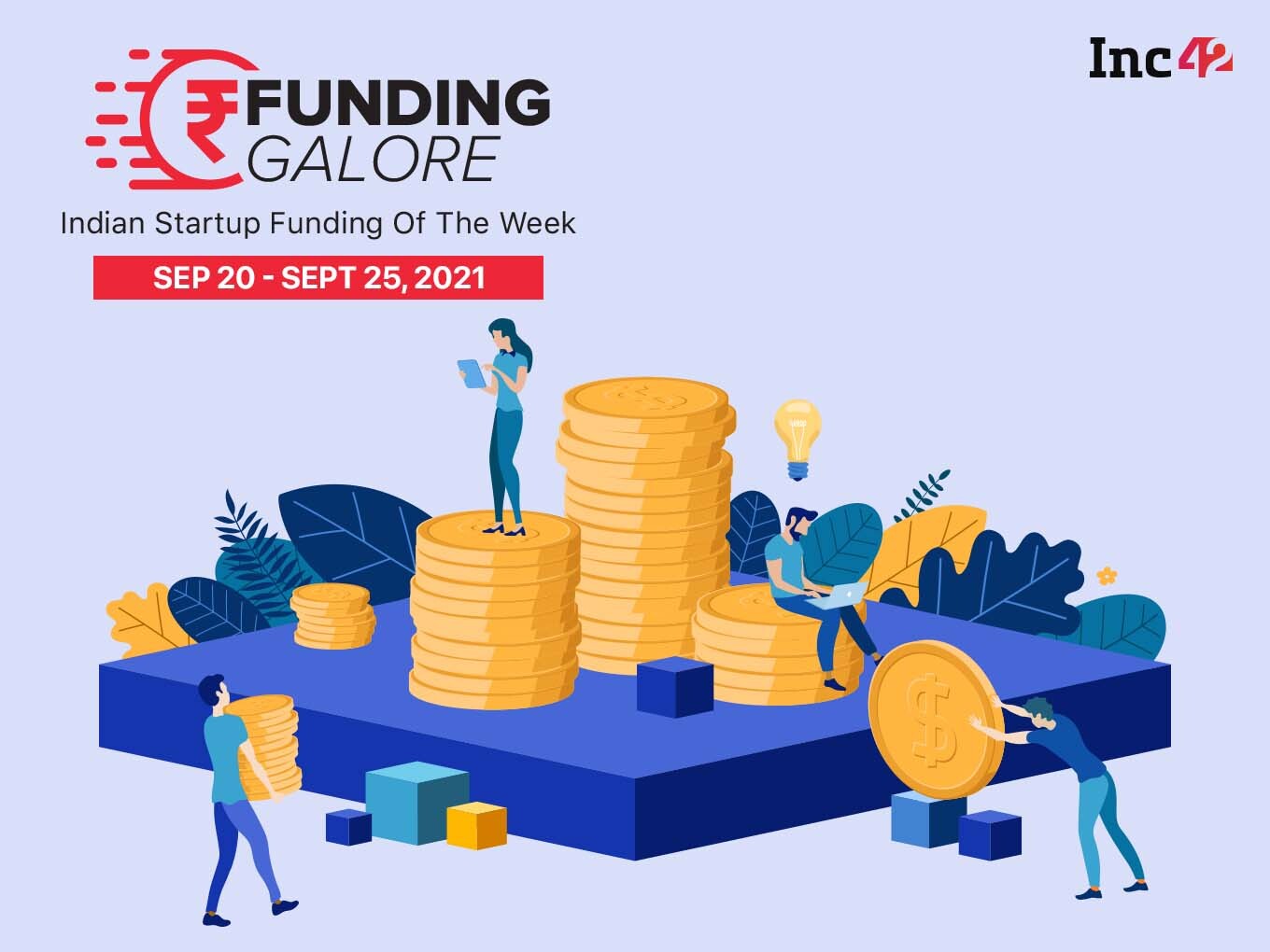 Indian startups have raised a total of over $900 Mn across 38 deals this week, a 58% increase from last week

The highest funding of this week was worth $450 Mn of Cars24 led by DST Global, Falcon Edge and SoftBank Vision Fund

Further continuing its recovery, the Indian startup ecosystem has witnessed a 58% jump in the amount of capital infused as compared to last week and a 101% jump from the week prior.

This week, while no Indian startup entered the celebrated unicorn club, the ecosystem has managed to raise $900 Mn across 38 deals.  The week also saw software-as-a-service (SaaS) based unicorn Freshworks get listed on the US stock exchange NASDAQ.

The highest funding this week was raised by online used car marketplace — Cars24. The automobile unicorn raised $450 Mn led by DST Global, Falcon Edge and SoftBank Vision Fund, at a valuation of $1.84 Bn.

Mumbai-based B2B healthtech Medikabazaar announced $75 Mn Series C round from CDC Group and CREAEGIS, along with other investors, after Inc42 had exclusively reported that UK-based CDC Group along with CREAEGIS is infusing INR 433 Cr in the startup.

Of the 38 deals, ecommerce sector managed to bag the highest amount of deals worth $528.77 Mn, which is 58.7% of the total deal amount, followed by the fintech sector that raised $123.38 Mn across 10 deals and contributed to 13% of the week’s fundraise.

Girish Mathrubootham rang the bell of NASDAQ stock exchange on September 22, as his startup Freshworks got listed on the US stock exchange. The $10 Bn-valued SaaS unicorn, post the listing, announced that over 500 of its shareholding employees in India have become crorepatis. Globally, Freshworks employs around 4,300 people.

After its robust debut on the NASDAQ stock exchange, the startups’ market capitalisation crossed $13.3 Bn. Freshworks’s shares traded at $46.75 Mn when the market closed on Friday evening.

Ritesh Aggarwal-led hospitality unicorn OYO, which will be filing its draft red herring prospectus (DRHP) with the market regulator SEBI in the next 10 days, is likely to have around 75% primary component and 25% as its secondary component in its offer.

According to sources, OYO’s IPO offer will include fresh issues of share ranging between 70% to 80% of the offer, and the remaining will consist of secondary issues, meaning the shareholders in the unicorn will sell some portion of their shares.

OYO is likely to go for an IPO ranging between $1 Bn to $1.2 Bn. Based on calculations, the hospitality unicorn is likely to issue fresh shares worth $700 Mn to $800 Mn and the rest which is likely to be around $200 Mn will be offered for sale.

The startup is eyeing for $12 Bn – $14 Bn valuation. As per media reports, Aggarwal is not likely to offload his shares during the IPO.

Newly-turned unicorn Droom is planning an INR 1,000 Cr listing, only to follow its competitor CarDekho, which opted for a public listing worth INR 2,000 Cr. Sandeep Agarwal-led Droom is likely to hit the public market sometime early next year.

Droom which converted into a public company last month, entered the celebrated unicorn club after it closed the first leg of its ongoing IPO growth funding round of $200 Mn.