Exclusive: Kalaari Gets 14X Return After Exit From Simplilearn

Exclusive: Kalaari Gets 14X Return After Exit From Simplilearn

Mayfield, which led the Series C round of $15 Mn, has received 8X return during the exit 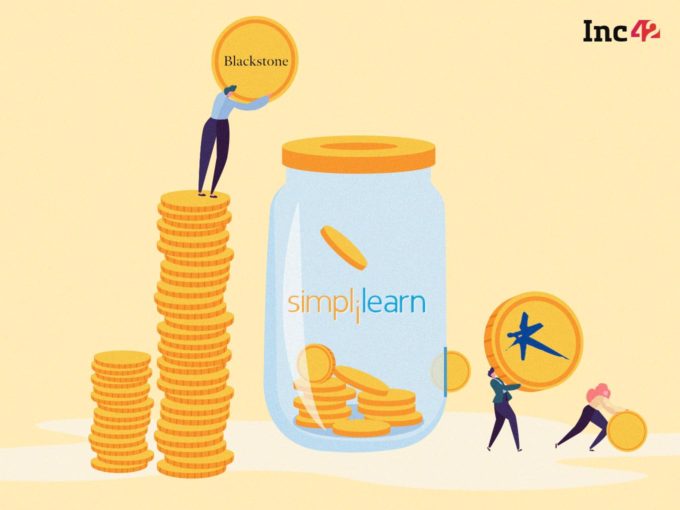 Of the total $250 Mn (approx INR 1,841 Cr) acquisition deal, over $214 Mn (INR 1,536 Cr) was utilised by Blackstone to buy shares of existing investors such as Kalaari Capital, Helion Ventures, Innoven Capital, and Mayfield, Inc42 source said. Vani Kola-led Kalaari Capital which had invested a total of around $9 Mn in the startup received $126 Mn from the exit, the source added.

Another early to mid-stage venture capital Helion Ventures has received around 10-12X returns. Mayfield, which led the Series C round of $15 Mn in Simplilearn in 2015, received about 8X return from the exit. Mayfield invested around $8 Mn in the startup, which means, it received a $64 Mn return on investment.

As per the recent regulatory filings accessed by Inc42, BCP Topco XI Pte Ltd, which is a private limited company incorporated in Singapore and is linked to private equity major Blackstone, has invested the remaining amount of the $250 Mn, that is around $36 Mn (INR 265 Cr) as a primary investment in Simplilearn.

Mails sent to Kalaari Capital and Blackstone elicit no responses at the time of publishing the story.

Sources confirmed that the investment will be part of the Series D round of the startup. The regulatory filing showed that Simplilearn will be allotting a total of 41485 Series D CCPS to Blackstone.

At present, around 74% is held by Blackstone, 18% by founders/promoters and roughly 8% by the employees, reveals the company’s filing. Prior to Blackstone’s acquisition, Kalaari, Helion and Mayfield held a combined stake of 57% in Simplilearn. The investment will be utilised for growth of the startup along with market expansion.

Founded in 2010 by Krishna Kumar, Simplilearn provides online training in disciplines such as cyber security, cloud computing, project management, digital marketing, and data science, among others. It offers courses in partnership with global universities and according to its website, it has helped over 2 Mn professionals, and companies across over 150 countries get trained, acquire certifications, and upskill their employees.