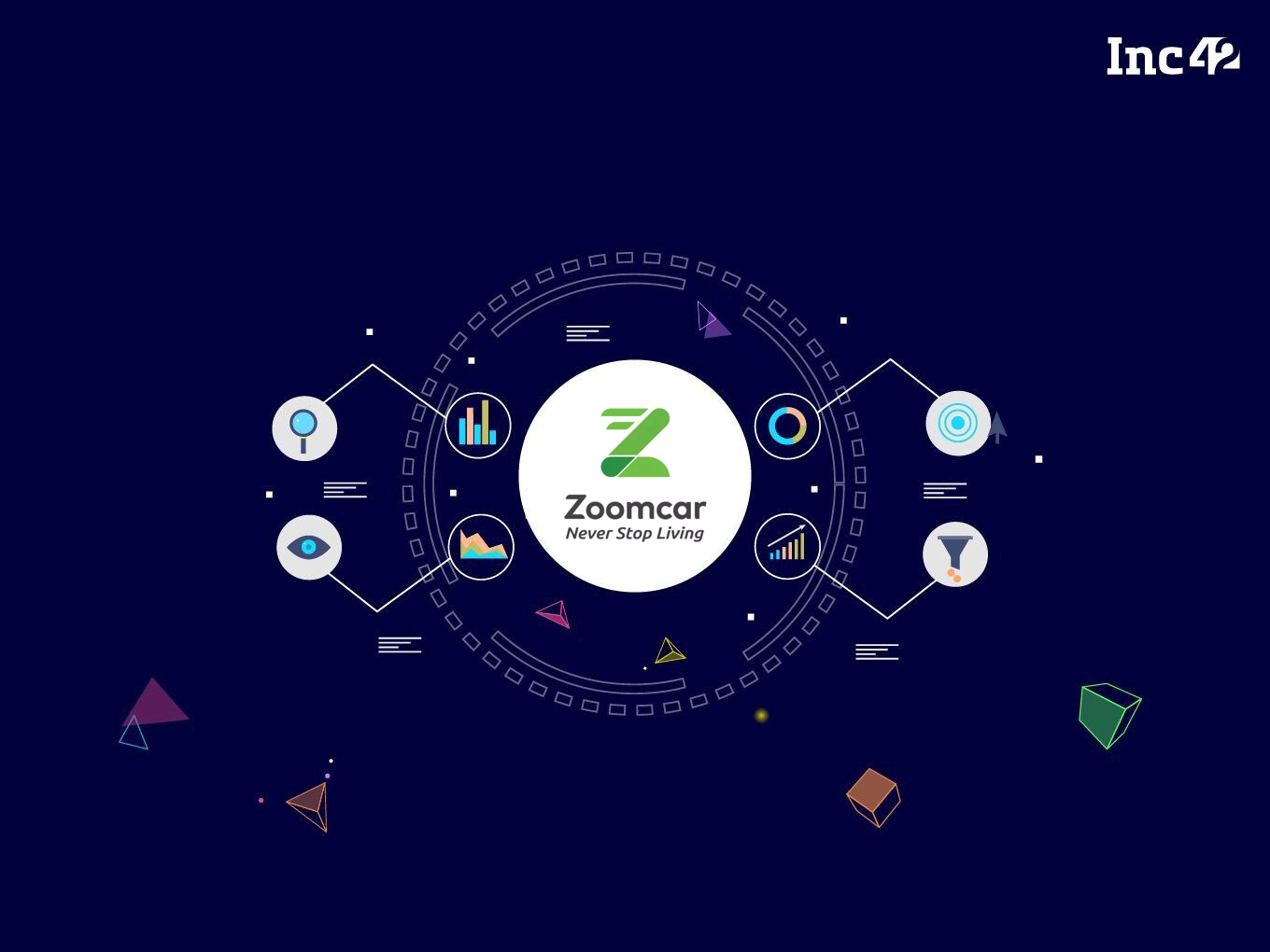 Zoomcar’s losses doubled in FY20 as revenue growth was stalled, even before the pandemic hit the company hard

With cash flow crippled, the company’s unit economics for operations worsened in FY20 amid yet another pivot

There is no denying that 2020-2021 has been tough for the entire shared mobility sector, but it’s been particularly harsh on those that have used funds raised to expand without looking at unit economics. Everyone from Bounce to Vogo and Rapido to Zoomcar has tinkered with their model, but Zoomcar has been in the news for all the wrong reasons. And now its financials paint a bleak picture of its future.

Three months into the lockdown, the startup was caught in a storm of customers demanding refunds on social media, but CEO Greg Moran claimed he wasn’t aware of any such complaints. Cut to ten months later, the situation is still the same on the refunds front, and its financials have worsened. Zoomcar’s losses have more than doubled in FY20 from FY19’s INR 209 Cr to INR 424.3 Cr.

Inc42 reached out to Zoomcar seeking more details about its financial performance in FY2020 and how it plans to turn the situation around, but the company declined to respond.

By this measure, Zoomcar spent about INR 2.1 to earn a rupee in FY2020, a spike from INR 1.8 spent for every rupee in operating revenue in FY2019. This is a huge red flag for Zoomcar’s future and the company admits that the Covid-19 impact has forced it to raise funds.

As stated in the financials, the company’s ability to continue in the post-pandemic market is primarily dependent on a successful near-term capital raise. “During the current year (FY2021), Zoomcar Inc, the Holding Company and certain other investors have infused an amount of INR 169.50 Cr,” the company added.

The remarks in the financials were only approved on December 30, 2020, several months after the situation turned sour for Zoomcar and other mobility players. The adverse remarks indicate that the company could be in serious trouble unless it has managed to cut costs severely.

Out of all the expenses of Zoomcar, ‘rent’ saw the biggest jump of 106% year on year. Since the company declined to respond to our questions, we could not ascertain which rent this amount covers. The cost almost doubled from INR 54.49 Cr in FY2019 to INR 112.69 Cr in FY2020, making up for 18% of the total expenditure. Beyond this, the company’s “depreciation, depletion and amortisation expense” also increased 46% to INR 153.6 Cr, which is understandable in a business which relies on a fleet of vehicles.

Zoomcar’s expenditure on employee benefits also slightly increased from INR 53.5 Cr to INR 62.5 Cr, while ‘advertising and promotional expenses’ went down 23% to INR 41.2 Cr and power/fuel cost was cut by a third to INR 23.48 Cr.

In terms of its exposure, Zoomcar has a repayment of borrowings from banks, debenture holders, financial institutions and lease liability aggregating to INR 120 Cr in the next 12 months. It said it had got relief to the extent of INR 30 Cr from some of these creditors, and it is in the process of negotiating revised payment terms including conversion of 50% of the outstanding borrowings into Non-Convertible Debentures with a low coupon rate of interest.

So far, the company has raised over $151.9 Mn across 15 funding rounds from marquee investors like Mahindra and Mahindra Ltd (M&M), Innovation Fund, InnoVen Capital, Trifecta Capital, Sequoia Capital, MGP Capital, Ford Smart Mobility and others. It was valued around $170 Mn after its Series C round in February 2018.

Zoomcar was founded by David Back and Greg Moran in 2012, and it has single-handedly created the self-drive rental car market in India. However, the company’s journey has been filled with twists, turns and pivots. Back exited the company in 2015.

The pivots began with Zoomvest, which allowed high net worth individuals (HNI) to list their cars for leases through its platform, but this was shut off in 2017. Then it launched ZAP Purchase to allow customers to cover their EMI cost for new cars by listing them for rentals through Zoomcar. The third experiment was ZAP Subscribe, for longer six month to 36-month subscriptions. The model also allowed the customer to re-list the car on the platform on certain days to recoup some of the subscription fee through rentals, but this did not work out either.

Besides this, the company has also been partnering with several automobile original equipment manufacturers (OEM) with MG Motors being an example to offer an alternate ownership model.

Now with revenue down during the pandemic, Zoomcar unveiled its latest offering, a B2B SaaS solution called ‘Zoomcar Mobility Stack (ZMS)’. Essentially, it’s a fleet management offering which allowed customers to manage the fleet and track vehicles and user behaviour in real-time. The stack included an internet of things (IoT) device and the software interface that works with vehicles with internal combustion engines and electric vehicles.

Zoomcar CEO Moran, in a recent interview with Hindustan Times, said that he expects ZMS to constitute about 25%-30% of the company’s overall revenue within the next six months. While it is definitely in the realm of possibility, the company had similar expectations from ZAP Purchase earlier too.

Plus, Zoomcar’s latest offering will pit it against other fleet management software services like Tata Group’s Fleet Edge (launched in 2020), Beenext-backed Fleetx.io and Sequoia-backed LocoNav, along with Trans-track, Rolta and Cargo ERP. These are startups that have built their core around this particular aspect and as such would have higher domain authority.

Gurugram-based Fleetx.io, which is backed by India Quotient and Snapdeal founders, had earned INR 1.3 Cr leading to a loss of INR 29 Lakh in FY2019. The company claims caters to over 1000 customers with its AI-driven fleet management software and is growing 20% MoM. LocoNav, on the other hand, claims to have 10K businesses on board.

So the fleet management SaaS play may not be as easy for Zoomcar to rev up as it Moran has stated.