[What The Financials] Once A Unicorn Shopclues’ Slide Continues; FY20 Revenue Drops Under INR 100 Cr

[What The Financials] Once A Unicorn Shopclues’ Slide Continues; FY20 Revenue Drops Under INR 100 Cr 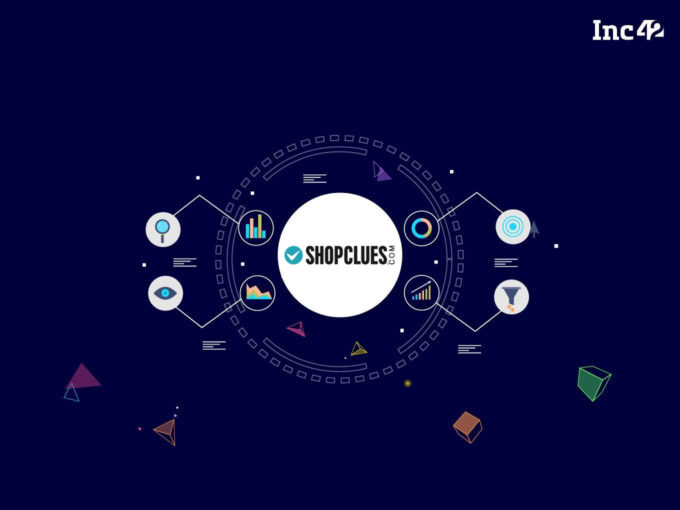 Indian ecommerce platform Shopclues’ financial health has gone from bad to worse with each passing fiscal year since 2018. The company has fallen from the position of a unicorn in 2016 to an also-ran by 2020. From a valuation of over $1 Bn, Shopclues was acquired by Singapore-based Qoo10 Pte Ltd (Giosis) in December 2019 at a valuation of just $70-$100 Mn. 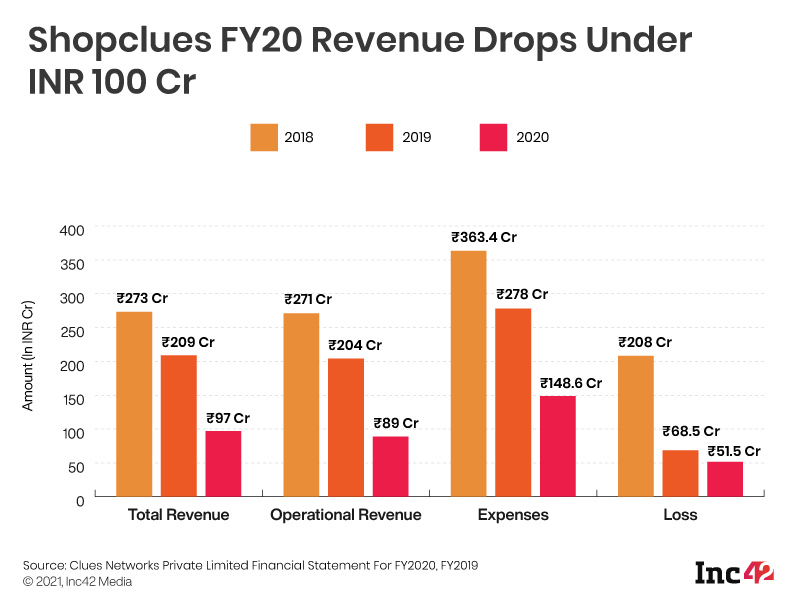 Founded in 2011, Shopclues had seen healthy growth in revenue and scale till 2015, when there was a little disparity between revenue and expenses. But as the company pushed the accelerator button for growth, its losses went out of hand. ShopClues reported a loss of INR 101 Cr in FY2015 against a revenue of INR 79 Cr revenue. A year later, its losses more than tripled to INR 383 Cr, but the revenue growth was slower with the company reporting INR 179 Cr in 2016.

Since then, as the company looked to trim its losses, it could not sustain the revenue growth. Shopclues reached its peak in FY2018 with revenue touching INR 273 Cr, but it has been on a downward curve since then, with 23% year-on-year (YoY) decline in FY2019, and a 53% drop in FY2020.

Shopclues abysmal financial performance has been a result of its result of scaling down its operations in many areas, with it not being able to keep pace with Amazon and Flipkart, or even Snapdeal and Paytm Mall. As a result, the company had to take aggressive cost-cutting exercises, including layoffs. The situation had come to a head by December 2019, when it was acquired by Giosis. According to a media report, Snapdeal was also looking to acquire Shopclues in 2019.

Over the last three years, Shopclues’ expenses have gone down by 60% from INR 363.4 Cr in FY2018 to INR 278 Cr in FY2019 and to INR 148.6 in FY2020. The company’s priority spending areas have, however, been the same — employee benefits, information technology expenses and advertising costs.

The company had spent about INR 111 Cr in giving out employee benefits in FY2018, which was reduced to INR 66 Cr in FY2019 and then to INR 51.5 Cr in the previous fiscal year. However, it continued to be one of the major areas of spending for this ecommerce company. In fact, the employee costs equal the losses made by the company this year.

This was followed by advertising and promotion activities, where Shopclues spent 19% or INR 28.4 Cr of its total expenses in FY2020. The spending in this area has been reduced by 60% compared to FY2019 and by 80% from FY2018. It is also important to note that Shopclues spent about INR 159.5 Cr in FY2018 as shipment charges, which fell to INR 84 Cr in FY2019, indicating a roughly 100% drop in total shipments.

The company also cut down its transportation and hire charges by 93%, from INR 6.2 Cr to INR 38 Lakh in the same time period. The financial statement of Clues Network Private Limited for FY2020 does not mention these costs separately, which is again a worrying sign, given that expenses have gone down overall. 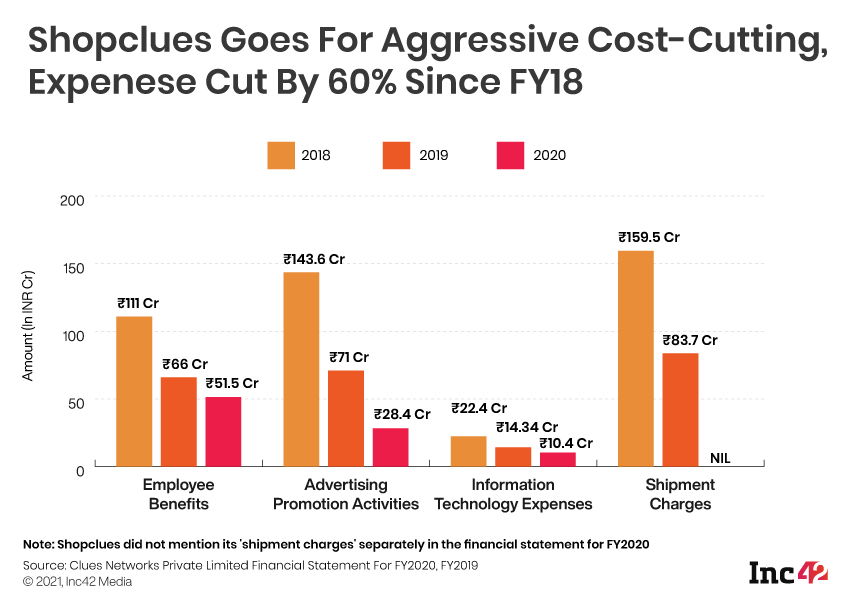 How Shopclues Lost Its Place In The Ecommerce Unicorn Club

Founded by Sandeep Aggarwal and Radhika Ghai in 2011, Shopclues started its journey as a managed marketplace. The company has raised its seed funding of $2 Mn within a few months of launch. Over the last couple of years, the company has raised over $1 Bn in funding from investors such as Tiger Global, Nexus Venture Partners, GIC, and more. It raised $100 Mn in Series D in 2015 and another $100 Mn in Series E in 2018.

On the back of this funding, it had gained entry into the unicorn club, but it could not match the revenue or scale of unicorns Amazon, Flipkart and Snapdeal, which all pulled ahead since 2018.