Walmart Says Flipkart Has The Potential To Go For IPO

Walmart Says Flipkart Has The Potential To Go For IPO 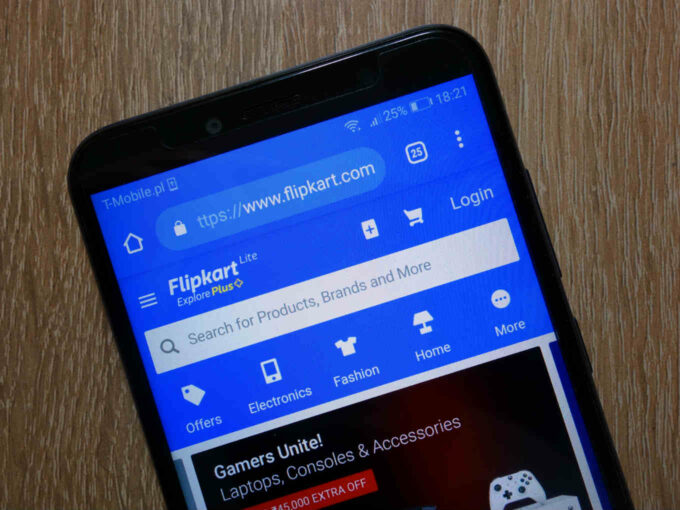 Indian ecommerce giant Flipkart might well be on its way for a public listing, nearly two years after its acquisition by global retail giant Walmart.

Addressing the UBS Global Consumer & Retail Conference, Walmart’s chief financial officer Brett Biggs said that Flipkart has the potential to launch an IPO in the long-term. “Yes, we’ve talked about longer-term that IPO is a potential for that business. I can tell you, it runs pretty independently right now and that’s when you buy a business like that, that’s what you want it to do,” he added.

In May 2018, US-based retailer announced the acquisition of Flipkart by picking up a 77% controlling stake in Flipkart for $16 Bn, valuing the company at around $21 Bn. After the completion of the deal in August 2018 in November same year, Walmart increased its stake in Flipkart to 81.3% by buying partial or full stakes from the company’s previous investors. Tencent, Tiger Global, Binny Bansal, Microsoft, Accel, Iconiq Capital, Temasek, SoftBank, Naspers, eBay and UBS had sold their stake in Flipkart to Walmart.

Since then, Flipkart has brought market access for Walmart in India but has continued to be a burden on Walmart’s books. Filings by Singapore-based Flipkart Private showed the group’s total revenues increased 42.32% y-o-y to INR 43,615.5 Cr on a consolidated basis in FY19. Losses decreased by 63.2% y-o-y to INR 17,231.5 Cr.

In Q4 FY20, Walmart said Flipkart led its ecommerce sales in the international segment. The ecommerce segment contributed about 12% of total segment sales in the three months ended in January 2020 for Walmart. Biggs said although Flipkart’s losses “will be pretty similar” to losses it recorded last year, while the business is “growing at a good rate.”

Judith McKenna, CEO of Walmart International, told investors, “Flipkart is continuing to grow as Indian customers become more and more comfortable with ecommerce and the access and affordability that it has provided.”

Walmart had also said that Flipkart has over a billion visitors a month. Moreover, the ecommerce behemoth’s monthly active customers have been growing by 45% in the last year. Transactions per customer are also increasing by 30%, according to the retail giant.

A Euromonitor report titled Top 100 Retailers in Asia has ranked Walmart as the number one player in India’s retail companies, due to its acquisition of Flipkart. The company’s GMV for 2018 has been measured at $14. 49 Bn.

India’s startups have now increasingly look towards an IPO. From unicorns like Ola, OYO, Quikr etc to players like Drivezy, Droom, EaseMyTrip and others, public listing has been a much-coveted destination for Indian startups. While the same was expected from Flipkart, the major exits for its investors came through the Walmart acquisition. But even if Flipkart goes public now under Walmart’s umbrella, it will be seen as a major win for the Indian startup ecosystem.