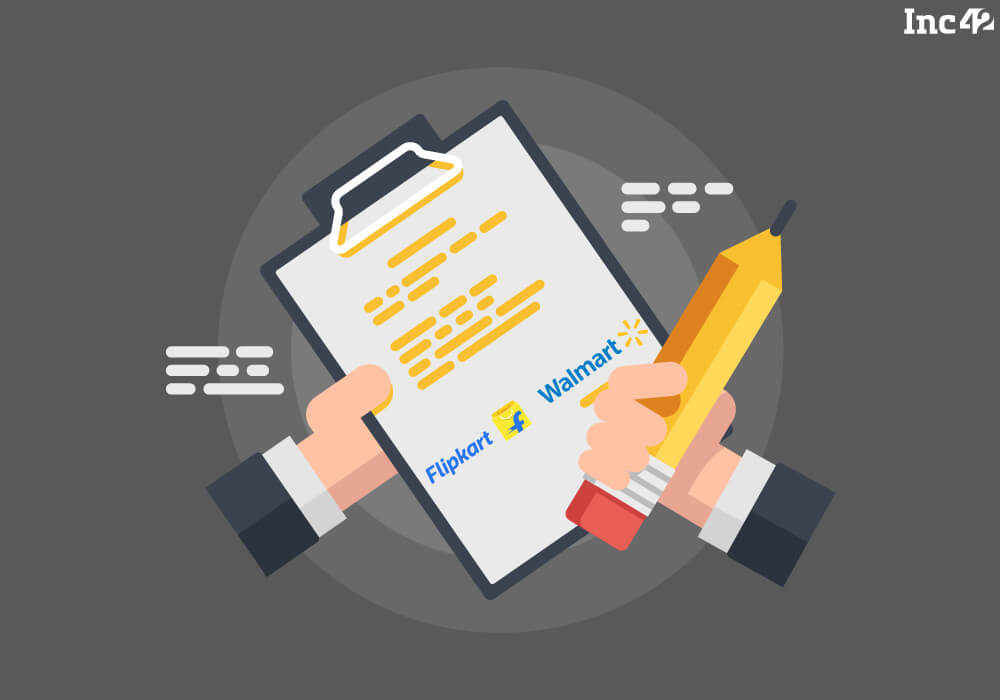 The biggest news of 2018 (so far) is officially confirmed now. SoftBank Chief Masayoshi Son has confirmed reports that the Japanese conglomerate has arrived at an agreement to sell its stake in Indian ecommerce company Flipkart to US retail giant Walmart.

Son did not reveal any further details relating to the Flipkart-Walmart deal. Subject to regulatory approval in India, Walmart will pay approximately $16 Bn for an initial stake of approximately 77% in Flipkart.

However, very soon after confirming the news, “Walmart is purchasing Flipkart,” Son during the Q&A section of SoftBank’s earnings’ presentation mentioned that he should not have said this as the announcement has not yet been made.

Commenting on the development, investor, chairman of Manipal Group, and former CFO and board member at Infosys Mohandas Pai told Inc42, “It will deepen competition. Two well-funded MNCs with deep pockets will slug it out. Both Biyani and Reliance are waiting in the wings. The consumer will have it good for some time with greater goodies.”

The ecommerce market comprises just 1% of the Indian retail sector, and Walmart’s position as the world’s biggest player in the segment will definitely shake up other Indian companies as well. “Biyani and Reliance will not keep quiet. They are formidable players. Maybe Walmart will bid for Future retail,” added Pai.

Reports of Sachin Bansal’s exit and Kalyan Krishnamurthy’s decision to continue are yet to be confirmed. Earlier, Inc42 had reported that while Kalyan Krishnamurthy is likely to continue as the CEO of the Flipkart, co-founder and chairman Bansal, who until last week was looking for a bigger role in the aftermath of the deal, might exit the company.

US Takes Over Indian Ecommerce Sector

With this Flipkart deal, US companies Amazon and Walmart will hold over 70% of the Indian ecommerce market share.

According to Satish Meena, a senior forecast analyst at Forrester Research, “Flipkart along with Myntra and other brands holds 39.5% of the Indian ecommerce market space, while Amazon has 30-31% of the market share.”

“However, in a war with Amazon, which has already announced that it will pump up its Indian subsidiary with $5 Bn, Flipkart was fearful of the losing the race due to its leadership problems and an expertise gap as compared to Amazon. In Walmart, it meets both of these requirements.”

SoftBank, the largest stakeholder in Flipkart and in the Indian startup ecosystem, will not have much say in Indian ecommerce after this deal, as Paytm and Snapdeal (other companies Softbank has invested in) are far behind in the race. “They are no longer in the driver’s seat in ecommerce in India. No Alibaba-like dream for them,” said Pai.

According to reports on a separate deal, SoftBank also plans to make a partial exit from Sprint after the Sprint-T Mobile $26.5 Bn merger.

After the official announcement by Walmart, the figures have been updated accordingly.