Post The Acquisition, Towny App Will Be Rebranded As Exprs And Launched In Hyderabad 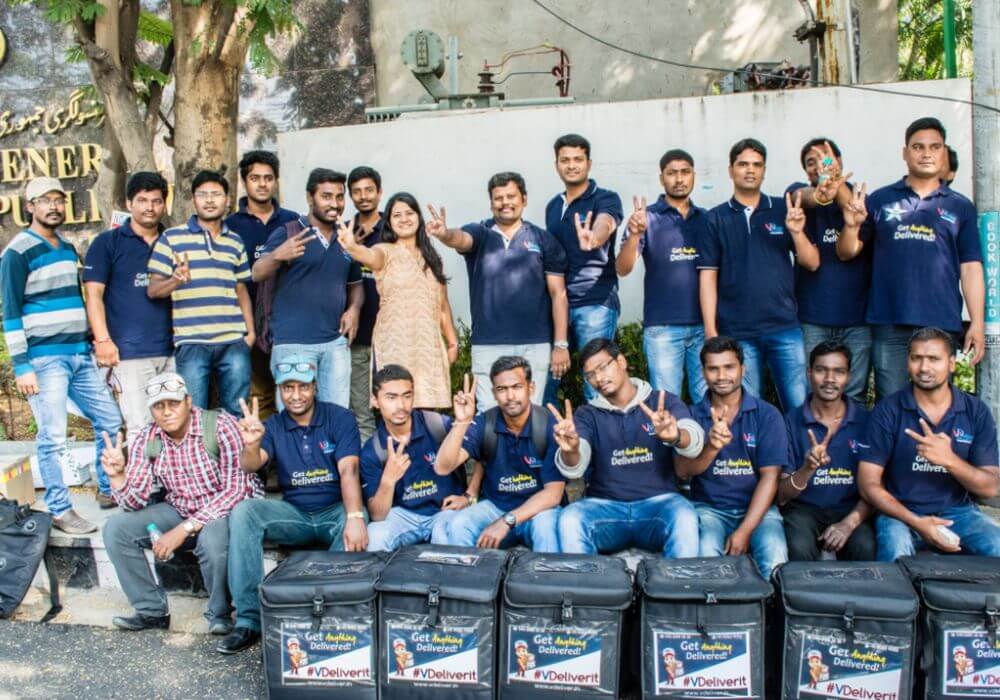 Hyderabad-headquartered logistics company VDeliver has acquired Towny App, an Andhra Pradesh-based mobile marketplace for hyperlocal services, for an undisclosed amount. As per the official statement, the transaction was made as part of a cash-and-stock deal.

Confirming the development, VDeliver founder and CEO Srinivas Madhavam said “This acquisition is significant for Vdeliver since it allows us to reach out smaller towns across Andhra Pradesh and Telangana. And also, this will open up new avenues of true hyperlocal business with strong unit economics”

According to the terms of the deal, Towny will be rebranded as Exprs and will be formally launched in Hyderabad post the acquisition. Henceforth, Exprs will be specialising in food delivery and other hyperlocal services within the city.

Together with Exprs, VDeliver is aiming to expand its network to a total of 28 tier I and tier II cities, besides Hyderabad and Chennai. The ultimate goal, according to Madhavam, is to strengthen its footprint in the major cities by serving some of the biggest ecommerce players in the country. The company is also gearing up to raise fresh funding to bolster its expansion plans.

Established in June 2016, Towny is hyperlocal services marketplace that serves as a single window for ordering from a wide range of restaurants, supermarkets and pharmacies. The hyperlocal services app also allows users to hire professionals and freelancers from their neighbourhood.

The startup functions as an aggregator of more than 200 services in 28 towns across Andhra Pradesh, including Kadapa, Tirupati, Vizag and Vijayawada. So far, it has clocked over 25,000 app downloads and currently boasts a fleet of 250 service executives spread across the state.

Speaking of the latest development, Towny App co-founder and CEO Suresh Avvaru stated, “We are delighted to explore this opportunity of working with team VDeliver. It’s wonderful to know that our goals have been similar. Our mission and vision are to provide our customers with a sense of pride of being our customer. Together, our interest will be taking the company to next in orbit and focus on the growth trajectory of Exprs.”

How VDeliver Is Strengthening Its Presence In South India

VDeliver was founded by Srinivas Madhavam in April 2011. Later in 2014, co-founder A.S.K. Chaitanya Reddy joined the team. VDeliver is an intra-city delivery startup with offices in Hyderabad and Chennai.

In July this year, the logistics firm raised an undisclosed amount in a Pre-Series A funding round led by Corvus Ventures and Mumbai-based MAPE Advisory Group. Sify Technologies co-founder R. Ramaraj and Managing Director of Microsoft India (R&D) Pvt. Ltd, Anil Bhansali also participated in this round. At the time, it was reported that the company would be utilising the funds to develop new products and services.

It provides last-mile delivery services focussed on speed and efficiency, to individuals, corporate clients, and SMEs. A couple of months back, the startup also launched Staytions, a service that allows customers to receive the parcel by scanning the product’s QR code. Through Staytions, users can place a request for delivery and pickup. This, according to Madhavan, makes the task of pickup and delivery requests less time-consuming.

In the past, VDeliver participated in Reliance Industries’ startup accelerator program GenNext Hub, utilising the latter’s resources to scale up.

The country’s logistics industry has witnessed a progressive change in recent years. The unprecedented growth of ecommerce companies has necessitated a robust logistics infrastructure geared towards fast and efficient deliveries.

Later in June, Amazon India poured $32 Mn (INR 207 Cr) into its supply-chain and logistics arm Amazon Transportation Services in June. In the month of August, Mumbai-based warehouse aggregator BoxMySpace (BMS) raised Pre-Series A funding in a round led by Jayem Group founder and MD  R. Jayakumar and a clutch of other angel investors.

A week later, co-founder of ecommerce venture Yebhi.com, Manmohan Agarwal, announced the launch of logistics app Truxapp, securing $3.1 Mn funding in the process. In the third week of the same month, Paytm Mall invested $35 Mn in its logistics arm to provide same day and next day deliveries.

Towards the beginning of October, Indian unicorn Flipkart pumped $98 Mn into its logistics arm, Ekart. The investment was led by another Flipkart Group firm, the Singapore based Klick2Shop Logistics Services International, via its subsidiary Instakart Services Private Limited. Soon afterwards, the homegrown ecommerce giant announced the allocation of $460 Mn to Ekart for strategic investments.

In the same month, Bengaluru-based logistics firm BlackBuck raised $23.05 Mn (INR 50 Cr) in a venture debt funding from InnoVen Capital. The company stated that it was planning to use the newly raised funds to expand its service offerings.

In India, growth in the ecommerce sector has driven rapid expansion of the logistics market. With the acquisition of Towny, VDeliver is looking to not only bolster its logistics business but is also eyeing an entry into the country’s booming food delivery and hyperlocal services segments.