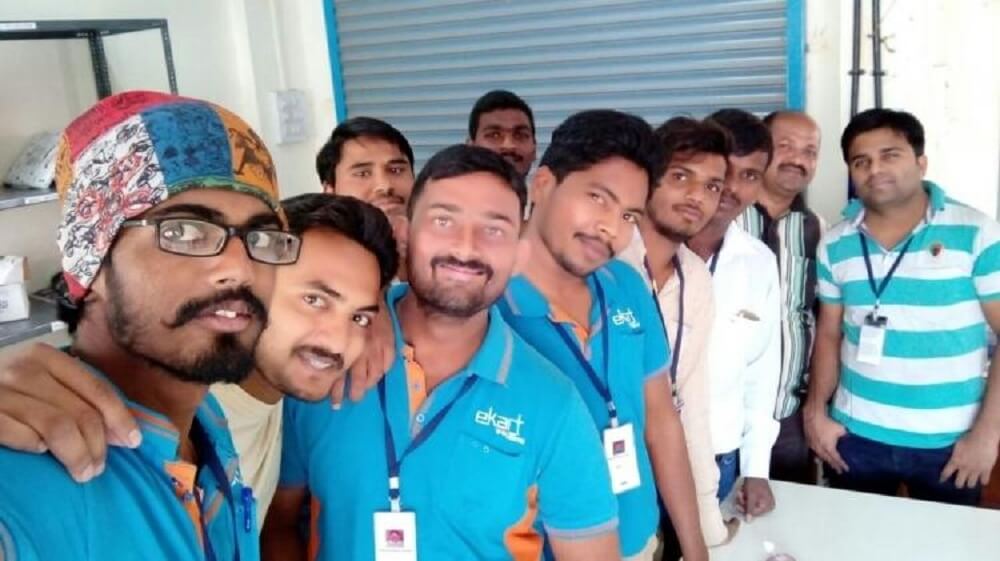 Flipkart Group has given a go-ahead to its logistics arm Ekart for investments, acquisitions, and inter-corporate loans. The ecommerce unicorn has allocated $460 Mn (INR 3000 Cr) to Ekart for the investment deals, as revealed in an August 28, 2017 filing of the parent firm Instakart services Pvt. Ltd.

“Considering the future requirements of the company whereby it may have to make strategic investments in other business/acquire companies for inorganic growth, extend loans and/ or guarantee to other corporates or provide security in connection with loans availed by other corporate, it is proposed to fix the limits at $460 Mn (INR 3, 000 Cr),” as stated by InstaKart in the filing.

An email sent to Flipkart’ corporate communication team did not elicit any response till the time of publication.

Why Fueling In Logistics Arm Ekart Makes Sense For Flipkart?

Flipkart is heading towards relaunching its grocery operations and a one-stop hyperlocal app to cater to all needs of an Indian consumer. Thus, allocating funds to Ekart for acquiring other companies or investing in its operations will certainly help Flipkart in ramping up its logistics services. Also, we can expect Flipkart to open new fulfillment centers in line with the rival Amazon India to penetrate deeper into the Tier II and Tier III cities. 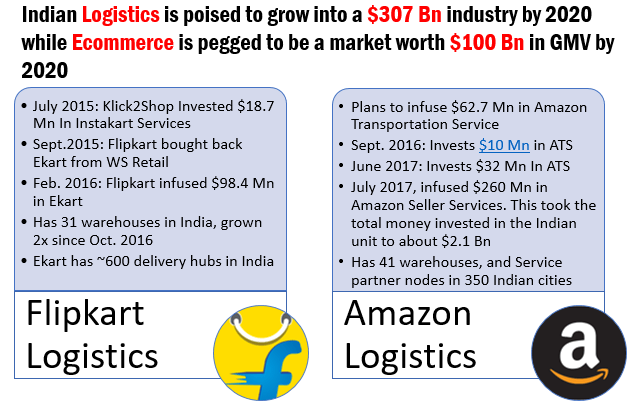 Recently, Flipkart also raised its investment fund from $460 Mn (INR 3000 Cr) to $1.2 Bn (INR 8000 Cr) considering the future opportunities in line.  Also, Flipkart will now invest from its borrowed funds besides its surplus funds as per an altered clause in its memorandum of association (MoA).

Flipkart On A Fast Track To Conquering The Indian Market

After raising over $4 Bn in less than a year from industry leaders like eBay, Microsoft, Tencent, and SoftBank, Flipkart is now busy in shaping up its road ahead. On one hand, the ecommerce major is solidifying its backend tech by using new age technologies such as AI and ML with the help of Microsoft. While, on the other hand, Flipkart is also investing a significant amount into its subsidiaries such as PhonePe and eKart to ramp up its digital payments and logistics operations.

Earlier this month, Flipkart invested $38.7 Mn in PhonePe, in order to maintain its growth rate against the government-owned app BHIM. This came at a time when Amazon is gearing up to infuse fresh funding in Amazon Pay. Amazon has already increased the authorised capital of its payments arm from $61.5 Mn (INR 400 Cr) to $307.7 Mn (INR 2,000 Cr) in the last couple of months. Flipkart also invested $147 Mn (INR 961.4 Cr) in two tranches in Ekart. As per the filings, the investment was made in September and was led by another Flipkart Group firm, the Singapore based Klick2Shop Logistics Services International, via its subsidiary Instakart Services Private Limited.

The Indian consumers are now getting more accustomed to online purchases, leading the Indian etailing market to reach $100 Bn in GMV by 2020. Subsequently, the ecommerce firms have now started focusing on reducing discounts and achieving profitability. Thus, a smooth, quick and hassle-free logistics and payments service catering to both delivery and returns will play a crucial role in now deciding the brand dominance in the Indian subcontinent. How well and timely Flipkart will be able to nurture its Indian logistics arm Ekart against Amazon Transportation Services (ATS), will thus prove to be an essential factor.