Logistics App Truxapp, Led By Manmohan Agarwal, Was In Stealth Mode Since Launch In 2015 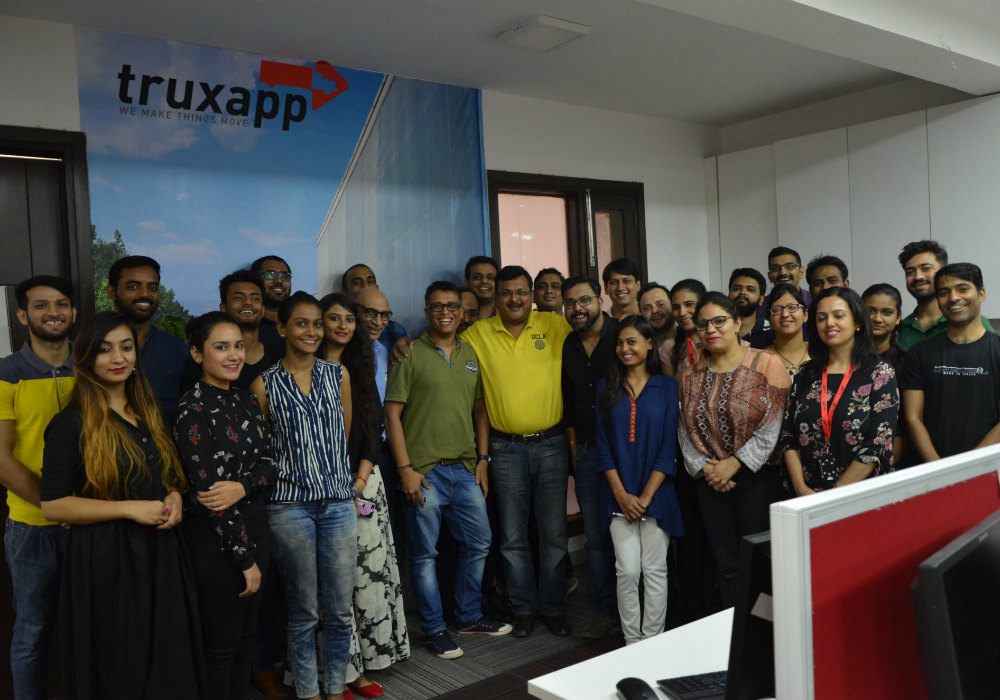 The co-founder of ecommerce venture Yebhi.com Manmohan Agarwal has finally unveiled his new venture, logistics app Truxapp. Truxapp has been under stealth mode for two years and has managed to become a well-established name within the Indian Tech-Logistics industry.

Launched in 2015, Delhi-based Truxapp is a mobile app-based logistic service, which connects truck owners to Businesses. Truxapp claims to provide a wide range of logistic services at market spot prices.

The company has also raised $3.1 Mn in Pre-Series A funding from highly sophisticated angel investors. The investors include prominent names like the Dhoot Family of Videocon Group; Sandeep Sharma – former M.D, MENA of a global bank; V. C. Bothra & Family – owners of a shipping company in Singapore; Mandhian Family; Family of Ganpat Singhvi – Group Advisor & Director of a UAE-based conglomerate.

Apart from this, a Director of a Middle East Sovereign Wealth Fund; Tarun Khandelwal – MD of Add-Advisory Partners; and the Global Head of structured products for one of the largest Global Banks have also contributed in the angel round.

“Achieving break-even, with just $3.1 Mn raised so far, and with a presence in 150 cities and 226,000 trucks on their platform, clearly demonstrates the quality of the management team led by Manmohan Agarwal,” added investor Tarun Khandelwal.

Commenting on the journey towards building Truxapp, founder & CEO, Manmohan Agarwal said, “As an entrepreneur, there are invaluable learnings that came from my first venture, which I have been able to apply in Truxapp. The very idea of creating a single source for logistics services across the country came after experiencing the extremely fragmented logistics market during my Yebhi.com days. Since then, it has been a great journey of learning and hard work to create a platform like Truxapp. Today, we have been successful in creating a tech platform which is solving logistics problems for companies across India.”

Currently, the startup has pan-India operations and has a reach of almost 150 cities across 21 states. An official statement claims that the company also reached its operational break-even point in 2016.

Truxapp, led by Manmohan Agarwal, is a tech-based logistics company. It provides intra-city (last-mile and short-haul) and inter-city (long-haul) road-freight logistics services. The company claims to have completed about 1 Mn trips across all industry verticals. Truxapp allows users to engage a single logistics company to manage all of their road-freight requirements.

The logistics app currently has a network of more than 226K trucks, ranging from 1 tonners to 40 tonners and trailers registered on its platform. Truxapp services over 180 large corporate clients.

According to KPMG, the logistics sector specific to ecommerce retailing in India, was valued at $0.46 Bn in 2016 and is projected to witness a CAGR of 48% in the upcoming five years to reach $2.2 Bn by 2020.

As per Inc42 data labs, during the first half of 2017, logistics took the fourth spot in the sectors that raised a total of $271 Mn. The report further states that 78 deals took place in the logistics sector and raised over $770 Mn funding between 2015-2017.

As per a report by EICBI India, road infrastructure carries 60% of freight and 87% of passenger traffic. In the past two years, Truxapp has managed to rake in a sizable traction, with over 226K trucks on its logistics app. In a market where most logistics players are reporting losses, Truxapp’s claims of attaining break-even seem promising. It remains to be seen, how well will the startup perform now that it is out of stealth mode.