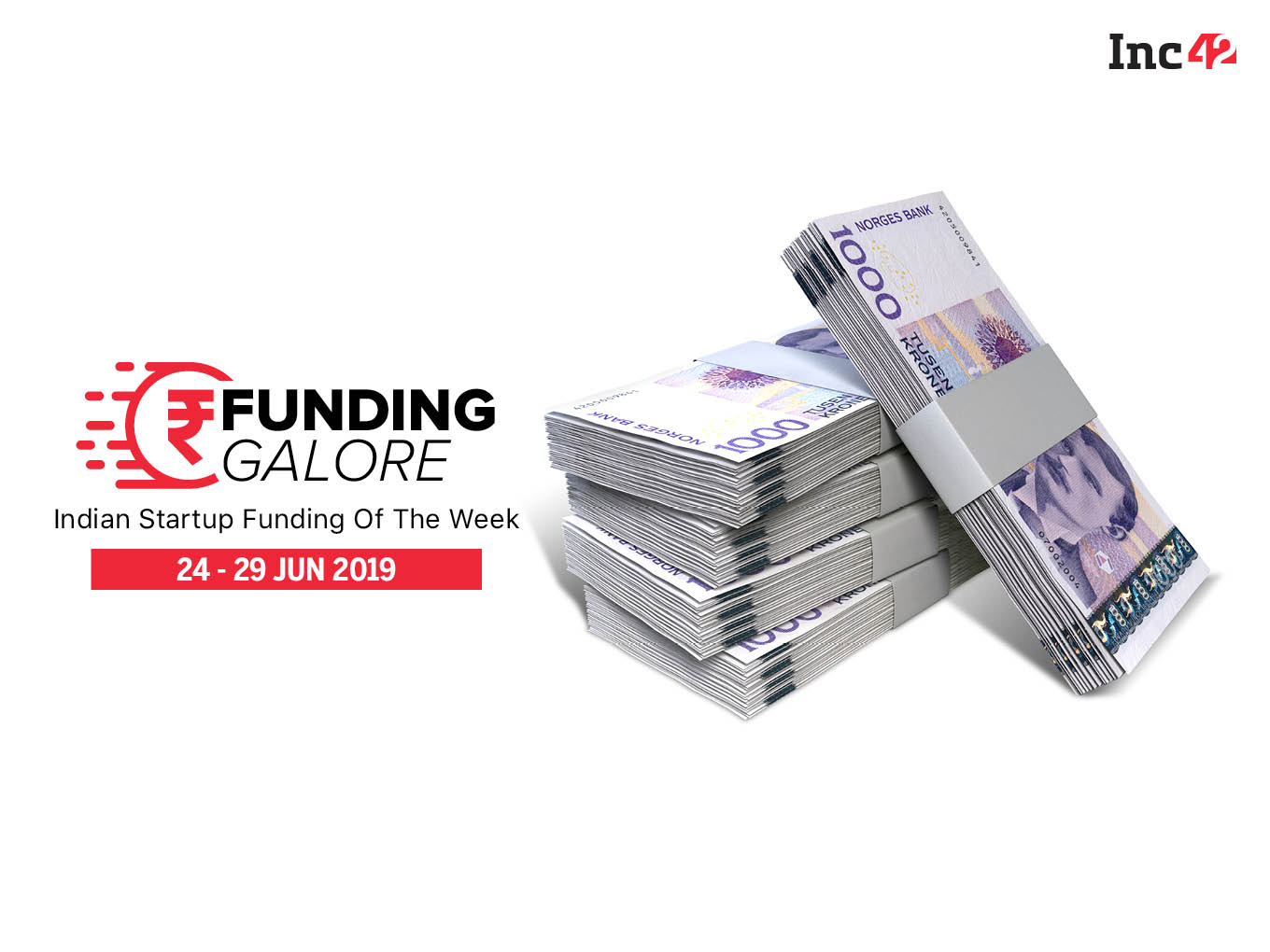 One of the biggest funding rounds in the Indian startup ecosystem was raised by Bengaluru-based Cure.Fit. The company has raised $120 Mn in a Series D round in equity and debt funding. The round was led by existing investors such as Chiratae Ventures, Accel Partners, Kalaari Capital, and Oaktree Capital.

New investors in the round were Unilever Ventures, Epiq Capital, Innoven Capital, and Kotak Mahindra Bank. The fresh funds will be used to boost its expansion plans in India and abroad.

In total, this week, 19 startups raised $302.51 Mn funding in the Indian startup ecosystem. (This funding report is based on startups that disclosed funding amount.)

1MG: Gurugram-headquartered epharmacy startup 1MG raised $70 Mn in a Series D funding round led by Corisol Holdings, along with the World Bank’s investment vertical IFC. Other investors including Redwood Global, Korea Omega Healthcare Fund, existing investors such as Sequoia Capital, Maverick Ventures, HBM Healthcare investments, Omidyar Network and Kae Capital also participated in the round. Inc42 had reported in April that the company had raised $60 Mn in the last one year. The funds will be used to expand the reach of its diagnostic labs to 100 cities in India, and make epharmacy services available in Tier 3 cities as well as villages. Further, it said it will invest in building its data science team for new products such as a digital doctor and AI-powered health bots.

Unacademy: Bengaluru-based edtech startup Unacademy raised $50 Mn in a funding round from Steadview Capital, Sequoia India, Nexus Venture Partners and Blume Ventures. In the round, the company’s founders Gaurav Munjal and Roman Saini also participated in a personal capacity along with Aakrit Vaish (cofounder and CEO, Haptik) and Sujeet Kumar (cofounder and CEO, Udaan). The funds will be used to expand the number of educators it has on the platform and also add more exam courses.

Open: Bengaluru-based fintech startup Open Financial Technologies raised $30.27 Mn (INR 210 Cr) in a Series B funding round led by Tiger Global Management with participation from Tanglin Venture Partners Advisors. Existing investors 3one4 Capital, Speedinvest and BetterCapital AngelList Syndicate also participated in the round. The funds will be used to scale up the team, launch more products and value-added services. It will also work to expand its reach to 1 Mn SMEs in the next one year.

MyGlamm: Mumbai-based beauty marketplace MyGlamm raised $14.47 Mn (INR 100 Cr) in a funding round led by Bessemer Venture Partners and the Mankekar family office. Existing investor beauty and cosmetics brand L’Occitane also participated in the round. The funding will be used to launch operations in the Middle East and Southeast Asia this year.

Clairvolex: Gurugram-based intellectual property (IP) focused technology startup Clairvolex raised $3.5 Mn in its ongoing Series B round led by California-based Walden Riverwood Capital. Indian venture capital firm, IndusAge Partners also participated in this round. Clairvolex will invest the fresh funds to deepen the market reach of the company’s AI-powered IP solutions platform LEAP, along with investing in expanding the company’s international sales and marketing footprint, specifically in the US and Europe.

Milkbasket: Gurugram-headquartered hyperlocal delivery startup Milkbasket raised $2.17 Mn debt from Innoven Capital. With this, the company’s Series B round at $12.7 Mn. The funds will be used to invest substantially in geographical expansion, new technological advancements and hiring through the year.

Scentials: Mumbai-based beauty and wellness company offering products by celebrities, Scentials raised $3.6 Mn (INR 25 Cr) in a Series A funding. The round was led by FMCG major Unilever’s VC fund, Unilever Ventures. The funds will be used to expand its offerings by introducing new lines and limited editions. It is looking to offer a wide range of beauty products with the next launch scheduled for makeup line with Malaika Arora before Diwali.

Streak.tech: Bengaluru-based algorithmic trading platform Streak.tech raised $1 Mn Pre-Series A funding from 3one4 Capital and its existing investor Rainmatter Capital. The funds will be used towards team expansion, development of a product roadmap, and to scale up its existing customer base.

Bellatrix Aerospace: Bengaluru-based spacetech startup Bellatrix Aerospace raised $3 Mn in a Pre-Series A round 2led by IDFC-Parampara, StartupXseed, Karsemven Fund (KITVEN) and Survam Partners ( Suman Kant Munjal family office) at a post-money valuation of $ 10 Mn.  Deepika Padukone (through KA Enterprises LLP), GrowX Ventures, CIIE (an incubator of IIM Ahmedabad) and SINE (an incubator of IIT Bombay) also invested in this round. The funding will help the company test and release products sooner.

i2iFunding: Noida-based fintech startup i2iFunding raised an undisclosed amount of funding from SucSEED Venture Partners. The funds will be used to work towards achieving 5x growth over the next year and also become profitable on the back of our strong unit economics.

ConceptOwl: Thiruvananthapuram-based edtech startup ConceptOwl raised $507.5K (INR 3.5 Cr) funding from Indian Angel Network (IAN). Prominent investors such as KRS Jamwal, Ankit Somani and Mitesh Shah with Ankit Somani joining the company board to further help the startup scale. The funds will be used to enhance and diversify its offerings, as well as to bolster its sales and marketing operations.