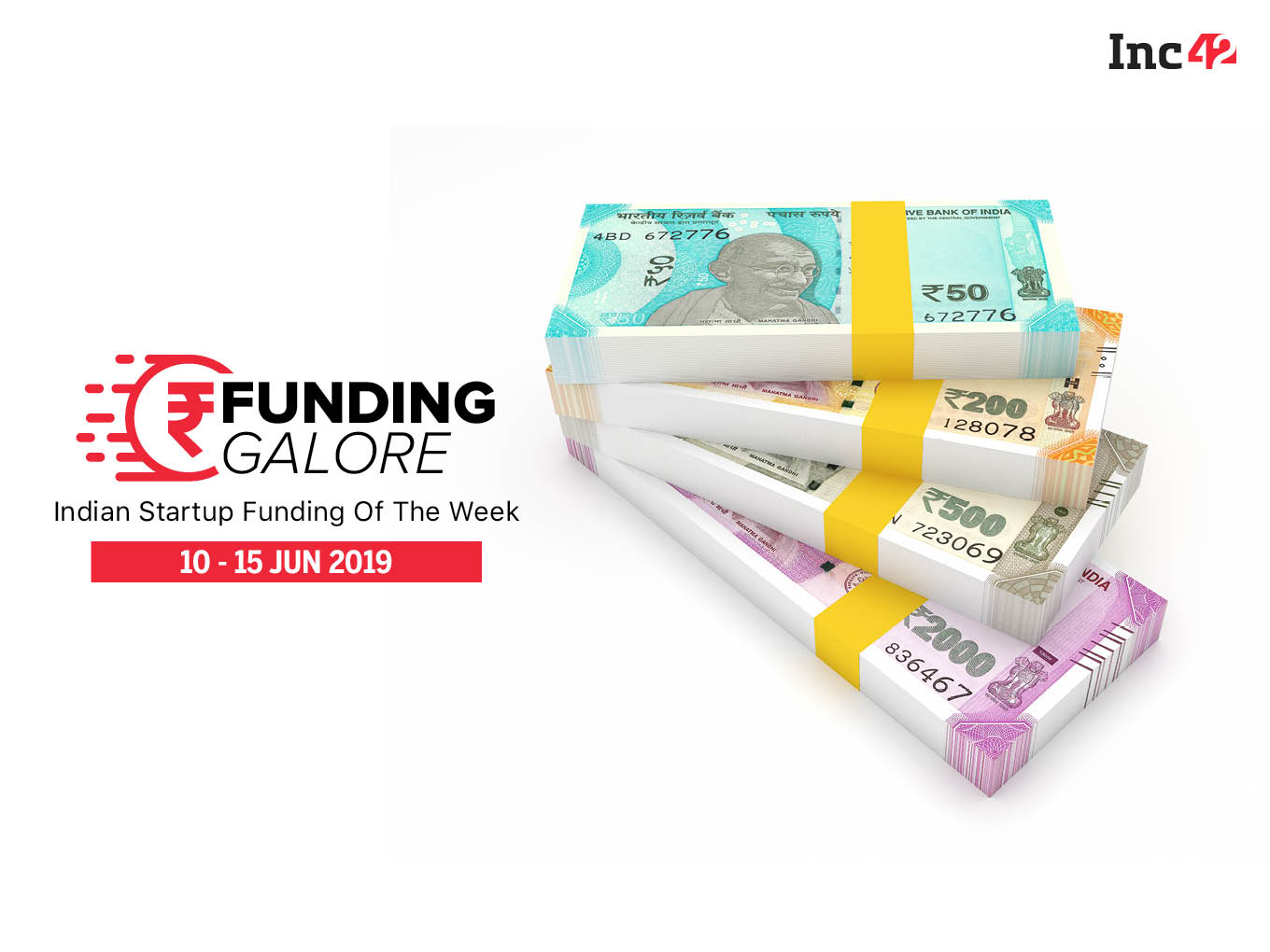 With $15.5 Mn, fintech startup OkCredit raised the biggest funding round of the week

About ten months into acquiring a majority stake in Flipkart, Walmart has decided to use $1.2 Bn of its cash reserves to fund the operations of the Indian ecommerce marketplace. According to the statement, of the $2.7 Bn ending April 30, 2019, approximately $1.2 Bn can only be accessed through dividends or inter-company financing arrangements subject to approval by Flipkart minority shareholders.

Moving ahead, this week one of the biggest funding rounds in the Indian startup ecosystem was raised by Bengaluru-based digital application provider for micro-merchants OkCredit. The startup raised $15.5 Mn in a Series A funding round led by New York-based investment fund Tiger Global. Morningside Venture Capital, Lightspeed India Partners, Venture Highway and Y Combinator also participated in this round of funding. The startup will use the funding to further scale its merchant user base, grow its team and execute on its product roadmap.

In total, this week, 12 startups raised $35.7 Mn funding and one startup acquisitions took place in the Indian startup ecosystem. (This funding report is based on startups that disclosed funding amount.)

Meesho: Bengaluru-based social commerce startup Meesho raised an undisclosed amount of funding from social media company Facebook. The deal size is said to be “very significant”, however, there is no official communication on the same. The funding will help it further its efforts to enable independent entrepreneurs to build businesses and grow their customer base via social channels.

Jumbotail: Bengaluru-based online wholesale marketplace Jumbotail raised $12.98 Mn (INR 90 Cr) in a Series B funding round led by San Francisco-based omni-stage venture fund Heron Rock. The round also saw participation from Capria Fund, BNK Ventures and William Jarvis and existing investors, Nexus Venture Partners and Kalaari Capital. The funds will be used to invest in AI in the supply chain. It will also use investments for forward integration of the Jumbotail platform with PoS, integrating backwards to farmers, and onboarding new FMCG brands. Jumbotail is also looking to expand its team.

Arzoo:  Retail technology startup Arzoo raised $1 Mn Pre-Series A funding led by Jabbar Internet Group, that founded Middle East’s largest ecommerce platform Souq.com and a consortium of Investors from India and the United Kingdom. The startup plans to expand its retail category by integrating 500,000 retailers by 2022.

COGOS: Indian Angel Network invested $1 Mn in Bengaluru-based COGOS Technologies, along with Emergent and outside HNI investors. COGOS will channelise the capital infusion into optimising its current technological offerings, developing innovative and sustainable transportation solutions, and strengthening its human resources.

Sarva: Shahid Kapoor and his wife, Mira Kapoor has invested an undisclosed amount in SARVA, the Indian yoga and wellness startup. Sarva aims to have 500 state-of-the-art brick and mortar studios by 2022. It also aims to build a community of over 100 Mn on its digital platform by 2022.

Jumpstart: Venture Catalysts has invested an undisclosed amount in SaaS-based customer interaction platform Jumpstart. The startup will use the funding round to double down on its industry-first innovation driving millions of businesses to adopt digital transformation going around them.

Vowler: An interactive platform to connect with avid readers in real time Vowelor raised $143K (INR 1 Cr) in a pre-series A round led by angel investor Dr Sanjeev Juneja. The startup will use this funding to develop, implement and market this app to target 150k+ downloads on its app and 200k monthly website hit. Vowelor further plans to partner with Publishers and Bookstores to create an inclusive and organized ecosystem to bridge the gap between readers, authors, and other stakeholders.

In addition, Go-Jek acquired Bengaluru-based artificial intelligence startup AirCTO. The financial terms of the deal are yet to be disclosed. According to the company, the AirCTO team will now join Go-Jek with immediate effect as a part of this deal. The acquisition aligns with Go-Jek’s focus on hiring premium talent to support the development of its ‘Super App’ which can be used for availing various services such as ordering food, commuting, digital payments, shopping, and hyper-local delivery through one app.