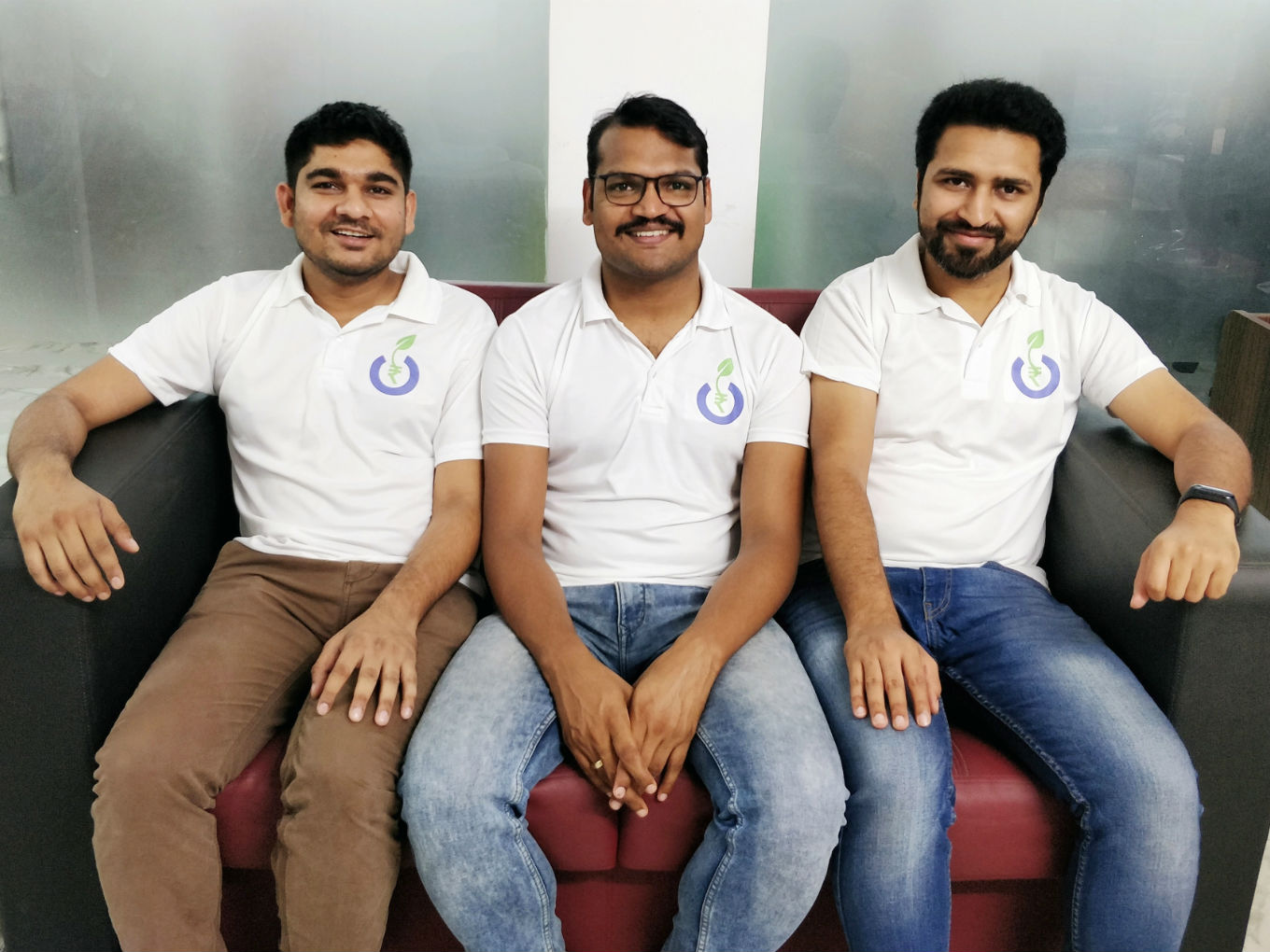 An individual’s personal network has a vaunted place among businesses when it comes to sales and word-of-mouth marketing. It’s often considered the most impactful medium to spread the word about a product or service, and it’s all the more powerful when it comes to financial products. People tend to pose a lot of trust in their personal network, which is what social fintech startup GroMo is banking on.

Talking to Inc42, Ankit Khandelwal, cofounder and CEO of GroMo, said the faith of the investors is a validation of the company’s idea to use a reseller network to sell financial products. Khandelwal said that since the funding is coming at the idea stage, it shows confidence in the business vision. With no real revenue to speak of and a handful of partners, GroMo is currently in a pilot phase.

“Our vision is to have a million microentrepreneurs over the next few years,” Khandelwal said about the GroMo Partners, which are the lynchpin of the social commerce company’s reselling model. The cofounder added that the reseller network for its financial products increases the potential of banks and non-banking financial companies to reach new customers. Khandelwal also talked about how leveraging their personal network creates new job opportunities for GroMo Partners.

Khandelwal added that this approach sell financial products through a personal social network has a huge growth potential, which has not been tapped by any other fintech startup.

Founded in 2019 by Ankit Khandelwal, Darpan Khurana, and Arpit Khandelwal, GroMo currently offers loans to individuals and businesses and plans to get into insurance and other financial products in the same way. It’s primarily targeting the underserved and unpenetrated Tier 2 cities and beyond, with a pilot phase in two cities in Rajasthan.

The founding trio has substantial experience when it comes to building businesses — Khandelwal was the chief operating officer at Unicommerce, an ecommerce SaaS company acquired by Snapdeal in 2015, while Khurana was director, strategy and investments at Snapdeal. Arpit Khandelwal had founded design startup DezignUp, which was later acquired by Livspace.

While it currently offers loans, GroMo plans to get into insurance selling based on the same network. It plans to have insurance products on board by 2020 before starting this operation. GroMo Partners are given incentives through commissions, bonuses and rewards. With a pilot in Jaipur and Alwar, the company claims to have on-boarded over 500 GroMo partners.

In simple terms, GroMo operates on a fintech marketplace model tying up with banks and NBFCs, with GroMo Partners or resellers working on the distribution side of the credit supply chain. Tier 2 and 3 cities are ideal test bases for GroMo as they don’t have too much tech penetration but consumers are still aware of fintech options. Social media use is ever-growing in such cities of India and thus selling through personal network has the potential to have good traction in Tier 2 and 3 cities.

GroMo is leveraging micro-entrepreneurs such as chartered accountants, property dealers, travel agents, students and individuals. It allows them to become GroMo Partners to sell financial products by leveraging their social network — WhatsApp, Facebook, Sharechat, etc. GroMo’s website claims that it has offerings from over 50 lending partners at the moment.

The company currently offers home loans, personal loans, auto loans and business loans by tying up with lending tech startups and banks or NBFCs. Through its GroMo Partners network, the company gets leads for potential customers. These leads are generated by GroMo Partners through social network platforms.

After documents from interested customers are collected for verification, GroMo creates a lending profile for each customer internally, and shares this information with its credit supply partners such as banks or NBFCs or lending startups. The creditworthiness or risk is then assessed by these financial partners, following which the loan is sanctioned. In cases where one financial partner cannot underwrite the credit risk, the company falls back to other partners to assess the same.

This means that customers are not locked into any one particular bank or NBFC’s credit policy and have more flexibility in getting credit.

A Tech Platform For Banks, NBFCs

The hunt for tech talent is in line with GroMo’s ultimate goal is to be the tech platform for banks and NBFCs looking to sell their financial products, without needing a full-fledged sales team on the ground.

Cofounder Khurana said that the startup will be leveraging the immense network of its investors to onboard lending institutions on its platform. Each partnership takes anywhere from a month to a couple of months depending on the scale and scope of the alliance, Khandelwal added.

Even though the company is only operational in two cities at the moment, it has plans to take its network country-wide. “Once we test the pilot, we want to go pan-India, but state-by-state, and it largely depends on the capital we have and the resources on the ground to make this happen,” Khandelwal said.

The focus is on keeping a small team offline, while the tech platform does most of the heavy lifting when it comes to expansion. The primary challenges, Khandelwal added, is in educating potential GroMo Partners on the benefits of joining the network, as well as figuring out commissions for these resellers.

Khandelwal said the company would make it easier to attract new resellers by adding more products. “We need to identify trade-specific and geography-specific products, which is something we are relying on our network for. Through our interaction with the network, we will try to identify new offerings,” the cofounder said.

Can Tier 2 Markets Be The Catalyst For Fintech?

Over the last few decades, India has taken slow yet strong steps to digitise all things finance for individuals and businesses. From the age of moneylenders to a time where loans and EMIs are available in a few hours on a mobile device without leaving home, fintech in India is hurtling forward with great gusto.

The Global Fintech Adoption Index 2019 report by EY says that the adoption of fintech rose to 87% in India, the second largest in the world. This means that at least 87% of consumers are aware of money transfer and mobile payment platforms and standards. This explains why fintech companies are optimistic about penetration in Tier 2, 3 cities.

The EY report further said that the expectations of customers have evolved and banks, insurance companies and wealth managers are starting to see the benefits of offering digital financial services to a tech-averse audience.

Inc42 DataLabs recently noted that in addition to the penetration of the internet, the diversification of the fintech landscape in India from being payment centric to other verticals such as lending tech and insurance tech has acted as a catalyst in the context of fintech awareness among the informal sectors of the Indian economy.

Today, as the investor attention to the growing fintech offerings is on an upswing, the focus has also been shifting from metros and large cities to MSME players and individuals in Tier 2 and beyond markets. This is considered the mass that will provide the overall fintech ecosystem with the momentum it needs. Here. players such as LendingKart, Credy, and Aye Finance have been building products and services around lending and credit in this niche market.

Talking to Inc42, Pratish Gandhi, cofounder, Credy said, “We get 30% of our inbound traffic via non-metros purely organically. This is a reflection of a large demand present in smaller towns for financial services, complemented with a massive increase in internet and smartphone penetration. With significant demand and under-penetration of financial services, tier-2+ India is certainly important for the growth of fintech.”

GroMo’s model has been successfully tested by the likes of the Life Insurance Corporation of India who has been leveraging ground-level sellers for decades. With trust being a major hurdle related to fintech adoption in tier 2 and 3 markets, leveraging community to achieve digitisation may well be the right play for next-gen growth of fintech in India.