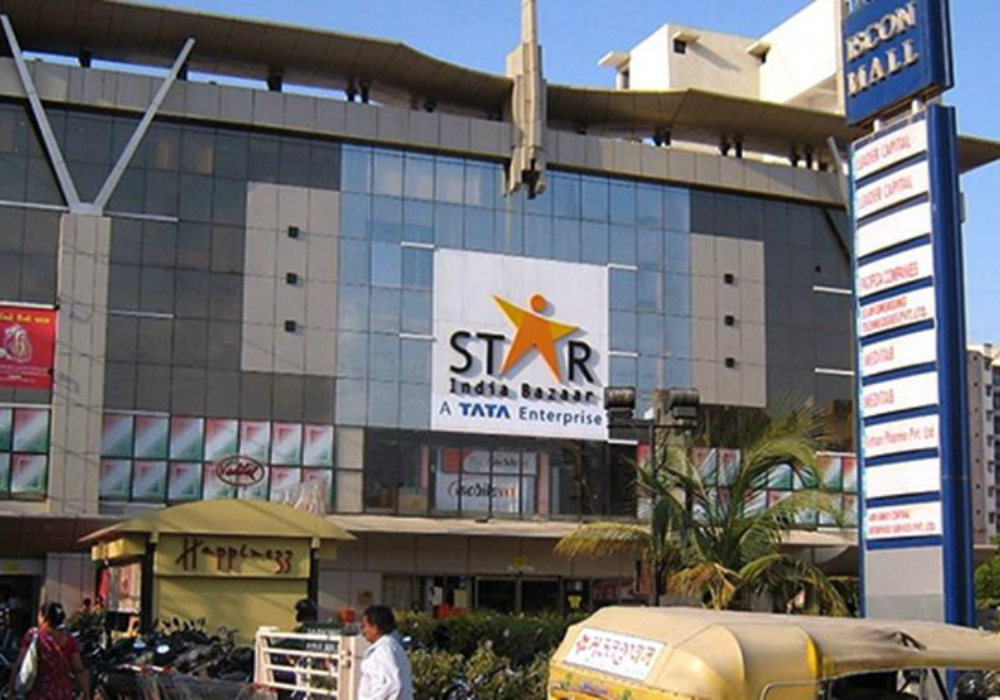 Online grocery segment is witnessing a great deal of traction these days. The most recent player looking to bet on the sector is Tata Group. As per a recent report, the Tata Group is looking to enter into online grocery business under Starquik brand. Tata Group currently operates in offline grocery under the Star banner — Daily, Market and Hyper.

The pilot venture of the online grocery platform is scheduled for rollout within next two months.

Due to FDI restrictions in egrocery, the Tata Group entered into a 50-50 JV with UK retail major Tesco to form Trent Hypermarket Ltd. Tesco, is a British retail giant and the world’s third-largest retailer. Worldwide Tesco has about 6,800 stores, and its online business earns roughly about $4 Bn ( £3 Bn) in sales.

In India, it provides 80% of the stock sold by Star Bazaar, both food and non-food, sourced through its distribution centre in Mumbai. This distribution centre also provides wholesale products to traditional Indian retailers, kirana stores, restaurants and other businesses, providing small farmers and other suppliers with a more efficient way to sell their wares to the local market as per the company website.

In 2015 Trent launched an egorcery shop – www.my247market.com. The site is currently under-construction. Fiora Hypermarket, a subsidiary of Trent owns my247market. It acts as a separate service providing entity in terms of sourcing activities, warehousing and distribution. The online store will be led by FHL. As per Trent’s latest annual report, “FHL is also pursuing on a trial basis online retailing of food and grocery in limited catchments in the proximity of select Star banner stores.”

Coming back to Trent, the offline store Star Hyper is a retail outlet spread over 22,000 sq ft, offers customers a wide range of fresh fruits and vegetables, groceries, household supplies, apparel and more. It also offers store-to-home delivery service for all customers residing within 5 km. Via Trent the Tata Group runs three formats under the Star banner — Daily, Market and Hyper. One of the officials told ET, Trent is planning to “shut its smaller format Star Daily, which will help them cut costs in rentals and at the same time serve those catchment areas through online.”

Earlier this year in June Tata Group acquired Gurugram-based GrocerMax to enter the online grocery space. As part of the deal, Tata Group acquired the management team and technology infrastructure of GrocerMax. This was speculated to be utilised for setting up an online platform for Trent Hypermarket.

The Indian online grocery market is estimated to reach $40 Mn (INR 270 Cr) by FY ’19 growing at a CAGR of 62% from 2016 to 2022. Apart from seasoned players like BigBasket and Amazon, Flipkart is also gearing up to pilot its on-demand grocery delivery service in select cities. Flipkart’s first foray into the space was with Nearby in October 2015. The egrocery app was later shut down in February 2016 as part of a restructuring move.

Paytm Mall recently expressed an interest in acquiring Bengaluru-headquartered Bigbasket for $200 Mn. While Sam Walton-founded multinational retailing corporation Walmart is planning to open nearly half of the 50 proposed stores in Uttar Pradesh (UP) and Uttarakhand within the next three to four years.

The sector has also witnessed an increase in interest from investors. Recently, the startups that have grabbed funding in the online grocery space include BigBasket ($150 Mn), Zopper ($20 Mn, Series B), ShadowFax ($8.5 Mn, Series A), NinjaCart ($3 Mn) and ZopNow ($10 Mn).

As per the report, Morgan Stanley expects the online food and grocery segment to become the fastest-growing segment, expanding at a compounded annual growth rate of 141% by 2020 and contributing $15 billion, or 12.5%, of overall online retail sales. With the overhaul of its online grocery portal, Tata Group and Tesco JV Trent will look to strengthen its hold on the market. It will also look to capitalise on the experience of retail giant Tesco to bolster itself against Amazon, BigBasket, etc.