Walmart To Open New Stores In UP And Uttarakhand – Looks To Create Over 40,000 Jobs

Walmart To Open New Stores In UP And Uttarakhand – Looks To Create Over 40,000 Jobs 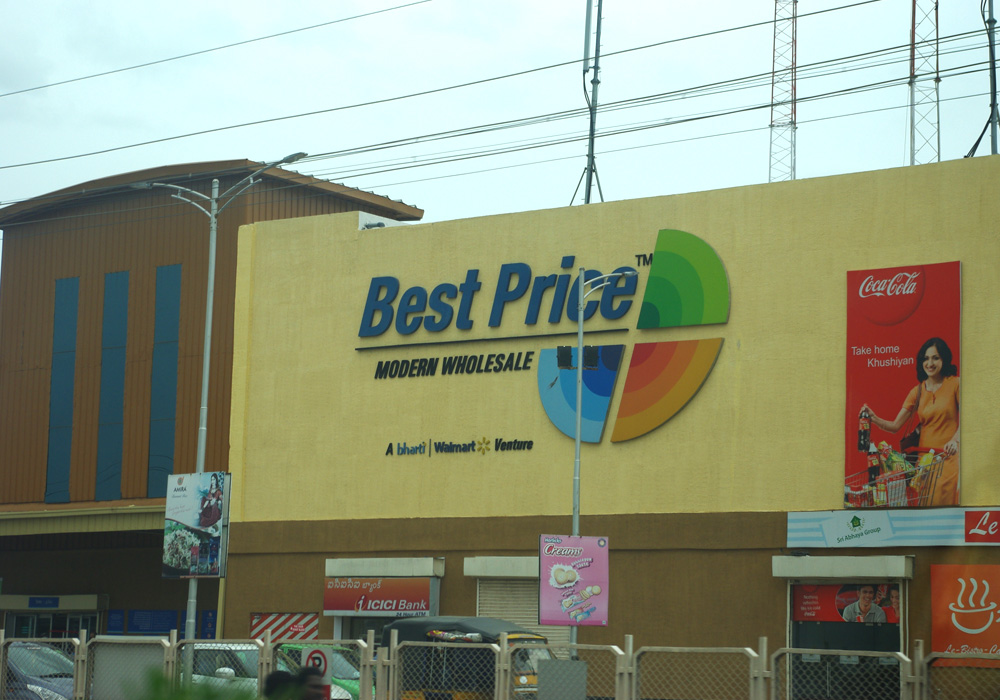 US-based multinational retailing corporation Walmart is looking to open nearly half of 50 new stores in Uttar Pradesh (UP) and Uttarakhand over the next three-to-four years.

In a bid to ramp up operations in the cash-and-carry segment, Walmart is also eyeing food retail if government norms favour them. For those who are unaware about cash-and carry stores – they are wholesale outlets, which are only allowed to sell to retailers, canteens, and hotels.

Earlier in June 2016, the Indian Government permitted 100% FDI in food retail, including retail through ecommerce. This move was made in a bid to strengthen the sector, provided these items are produced, processed or manufactured in the country.

The company is waiting for clarity on food retail guidelines as specified by the government, as they do not want to limit themselves to domestically produced and manufactured food products.

Currently operating 21 stores across the country by the name of BestPrice Modern Wholesale, Walmart further plans to open 10 stores each in Maharashtra, Andhra Pradesh (AP), and Telangana.

Commenting on the development, Walmart’s India spokesperson told TOI, “Our commitment to the country is very deep and we are growing our footprint in India further by opening 50 more cash-and-carry stores in the next few years across key focus states, including AP, Telangana, UP, Uttarakhand, Haryana, Maharashtra etc. Our development team is growing this store pipeline for the last couple of years and we’re confident of continuing our contribution to the creation of thousands of skilled jobs, helping kiranas, farmers, and SME suppliers succeed through our cash-and-carry business.”

In addition to Ghaziabad, Noida, Kanpur, Allahabad, Haridwar, Dehradun and Haldwani, the company is looking at opening two more stores in Lucknow. This new project may enable Wallmart to create more than 40K jobs in UP and Uttarakhand.

Earlier in 2015, it was reported that ecommerce majors Snapdeal, Flipkart, and Amazon had collectively stopped the delivery of products, exceeding INR 5000 in value, to customers in UP and Uttarakhand. This decision was made due to growing harassment by tax authorities – wherein buyers need to file a VAT form and provide the details of the vehicle shipping goods, while purchasing goods from them.

In January 2016, Walmart had announced the investment of over $300 Mn (INR 2,000 Cr) along with Amazon in the Indian retail market, as per its RoC filing. Whereas in October 2016, it was reported that Bengaluru-based online marketplace Flipkart had signed a non-disclosure agreement with Walmart to take on its global rival Amazon.

In February 2017, it was reported that Amazon had received government approval to invest $500 Mn in a wholly-owned food venture in India. Later, in the same week, news of Amazon soon setting up food retail stores in India was also reported. Amazon plans to to undertake retail trading of food products to customers at any location through offline or online, including ecommerce, across India.