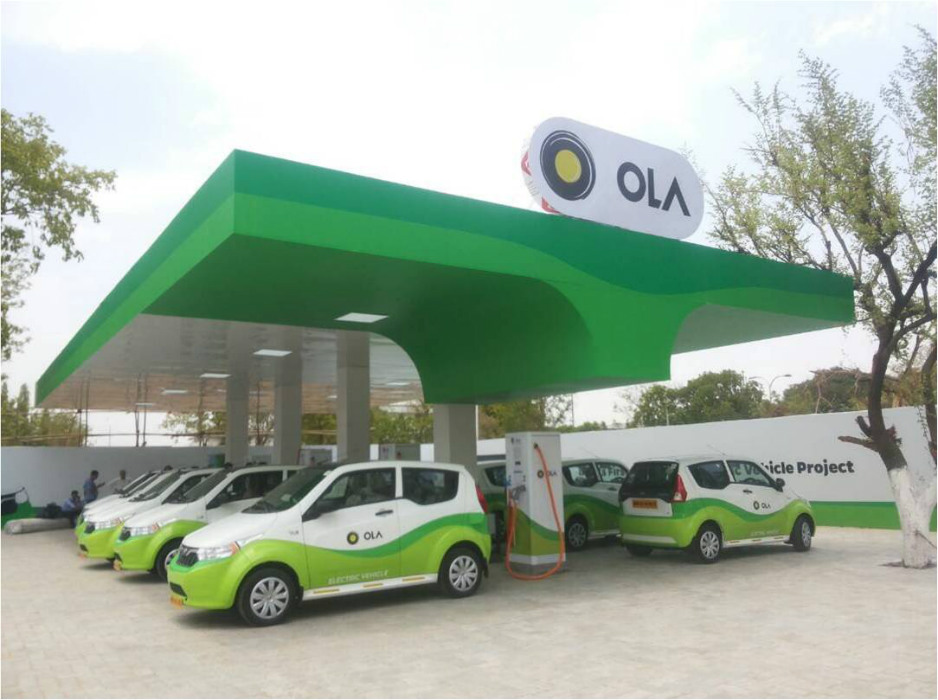 Looks like the vision to make India a nation of electric cars is nearing reality. In the latest development, Japanese investment giant SoftBank wants its portfolio company, homegrown cab-hailing operator Ola, to pivot into an electric car manufacturer.

The idea is to transition Ola’s current cab-aggregator model into an electric car manufacturing company, working in partnership with global car maker, Toyota, a Factor Daily report stated. Ola would continue its cab-sharing business as well and, at the same time, would look to capture the potential electric vehicles market and opportunity in India.

Commenting on the development, an anonymous source told Factor Daily, “Ola is also in talks with Toyota to give them the car bodies, and the companies will work together on electric cars. Ola will be the largest electric car company in India.”

As per a December 2016 Mint report, it was reported that Ola may deploy a million electric vehicles in the next five years in partnership with a carmaker and the Government of India. SoftBank currently holds strategic partnerships with global car makers, including Toyota and Honda, though it hasn’t inked any deal in the electric vehicles segment.

An Ola spokesperson refused to comment on the speculated partnership with Toyota at the time of publication.

Under the project, a fleet of 200 electric-powered public transport vehicles would be run on Ola’s app platform in Nagpur. The vehicles would include e-cars, e-buses, e-autos and e-rickshaws, for public transport. While Mahindra Motors would supply 100 e2O Plus electric vehicles, the remaining 100 vehicles are being deployed by Tata Motors, Kinetic, US electric vehicle maker Build Your Dreams (BYD), and TVS, among others.

Commenting on the launch, Bhavish Aggarwal, co-founder and CEO of Ola said, “India has the need as well as the potential to set a global example of electric adoption to power its mobility needs. We are excited about how this could transform the mobility experience for millions of citizens, unlock immense opportunity for driver partners and positively impact the environment and quality of life in our cities. We believe that Electric Mobility in a multi-modal format will be key towards realising our mission of building mobility for a billion Indians.”

The cab-hailing startup was founded by Bhavish Aggarwal and Ankit Bhati, in January 2011. It has secured total equity funding of about $1.9 Bn in 10 rounds from 20 investors such as Tiger Global, DST Global, and Softbank. In May 2017, Ola raised $104 Mn from RNT Capital and other existing investors.

SoftBank currently holds over 40% stake in the company after the last financing around. Inc42 reported last week that SoftBank is in talks with Ola’s major stakeholder Tiger Global to buy the latter’s shares in the company. It was stated that SoftBank was looking to buy Tiger Global’s stake in Ola for about $700 Mn. It also reported a $1.4 Bn loss on two major investments in India, Snapdeal and Ola, in May this year.

SoftBank is clearly making a big bet on Ola, since its other Indian portfolio company, ecommerce marketplace Snapdeal is in the final stages to ink a merger deal with rival Flipkart.

As per an official statement, Ola is currently present in 102 Indian cities and has more that 5,00,000 vehicles running on its platform, across categories such as abs, auto-rickshaws and taxis. It also offers ride-sharing services via its apps, such as Ola Shuttle and Ola Share.

Electric Vehicles+Cab Aggregators, What Could It Mean?

On-demand cab services like Uber and Ola are now present in almost all the major Indian cities. Thousands of consumers use it for their daily commute and otherwise. Ola’s potential entry could reduce the amount of pollution and CO2 that is emitted by vehicles to a great extent, and would prove helpful in conserving the environment.

Additionally, electric vehicles are comparatively cheaper than the ones run on conventional fuels, such as petrol and diesel. This prospective move would also give Ola some breathing room to cut down on its growing losses and manage competition with the global rival, Uber. Earlier this month, it was reported that Ola’s parent company ANI Technologies’ losses increased 2X in FY16. Ola had incurred a consolidated loss before tax of $360 Mn (INR 2,313.66 Cr) in FY16, as compared to $123.9 Mn (INR 796 Cr) in FY15.

As per a report released by the government think tank NITI Aayog, earlier this month, every electric four-wheeler will save 28 tonnes of carbon dioxide emissions every year. Additionally, electric vehicles will reduce the cost of travel, especially for taxis.

Earlier this month, it was reported that electric carmaker Tesla’s India launch was being delayed due to sourcing issues in the country. This was followed by the Indian government refuting the reasons given by Elon Musk to delay the launch.

On the other hand, India plans to become an electric car nation by the year 2030. According to the Society of Manufacturers of Electric Vehicles, although there has been seen 37.5% rise in the sale of EVs in India, electric cars form only 9.09% of the figure.

In January 2017, the Indian government announced to bear up to 60% of the research and development (R&D) cost for developing the indigenous low-cost electric technology. Additionally, it was reported last week that the government is inking a deal with SoftBank for a low-interest funding of around 2 Lakh electric buses to be deployed in public transport.

Ola’s move into the electric car segment holds the potential to initiate a dual revolution, for the electric vehicles segment, as well as for the cab hailing industry. On the other hand, the project would also allow SoftBank to possibly dominate this new emerging market opportunity in India to its benefit as well. How this will play out for Ola and others, especially with global manufacturer Tesla also looking to enter India in the interim, is what remains to be seen.