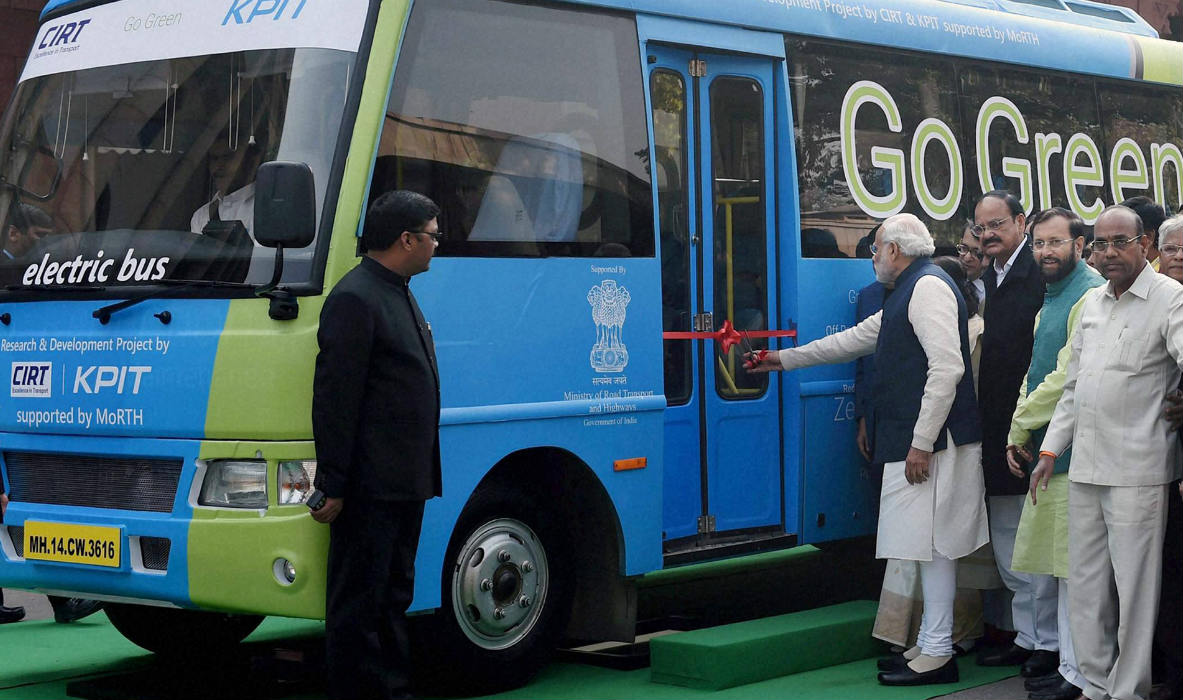 With an aim to promote the adoption of electric vehicles in the country, the Indian govt. is reportedly in early talks with the Japanese investment major SoftBank for a low-interest funding of around 2 Lakh electric buses to be deployed in public transport.

Addressing the media at the event, Union Minister Nitin Gadkari, announced plans for this deal and said, “Promoting electric vehicles is the priority of our government. We want electric buses, autorickshaws and other vehicles to ply in the country. We are engaged in initial talks with SoftBank for loans at low-interest rate for a green project. We want to introduce 2 Lakh electric buses for public transport.”

The Minister further highlighted government’s concerns regarding the urgent need to cut down India’s crude import bill and replacing the fuel with alternative sources such as ethanol and other green fuels. Additionally, with this push to shift towards e-vehicles, the government wants to reduce the average ticket fare by 50% in the country.

The government is also opening charging stations in the country to increase the feasibility to charge vehicles. It has further initiated research to manufacturing lithium and other eco-friendly batteries at cheaper rates, and further plans to produce more green fuel.

Gadkari added that the government is also finalising a vehicle scrapping policy that will result in scrapping vehicles more than 15 years old, to control the pollution caused by commercial vehicles.

The government has recently been proactive in its efforts to curb pollution and promote e-vehicles. To this end, in January 2017, it announced to bear up to 60% of the research and development (R&D) cost for developing the indigenous low-cost electric technology.  This project will be undertaken under the Technology Platform for Electric Mobility (TPEM) – a joint initiative of the departments of heavy industry (DHI) and science and technology (DST).

Additionally, startups and investors are also attempting to contribute to in the electric vehicle segment. In February 2016, Ather launched its first smart, electric scooter, the S340, at Surge Conference in Bengaluru. In October 2016, Hero MotorCorp invested about $27 Mn (INR 180 Cr) for 26%-30% stake in Bengaluru-based clean energy startup Ather Energy.