Infibeam Has Agreed To Pay $700 Mn In Stock, Which Is $150 Mn Lower Than Flipkart’s New Offer 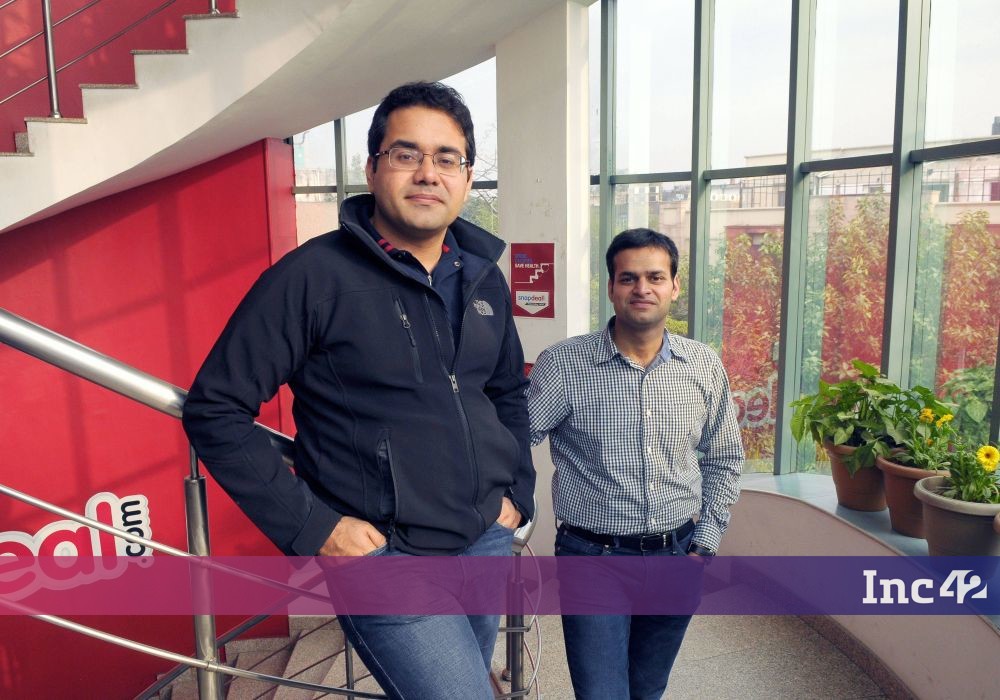 Uncertainties continue to surround Snapdeal, as its proposed merger with Flipkart has hit yet another roadblock. As per recent reports, Snapdeal founders Kunal Bahl and Rohit Bansal are intent on merging with Internet and ecommerce conglomerate Infibeam. This comes less than a week after Flipkart made a revised offer of $850 Mn.

During a meeting last week, Infibeam made a $700 Mn stock-only offer to the Snapdeal Board.

If the Infibeam sale falls through, Snapdeal will strive to survive as an independent company through downsizing and cost reduction.

According to sources, the founders are eager to sell Snapdeal to Infibeam so as not to relinquish their control over the online marketplace. If the Jasper Infotech-owned company merges with Flipkart, it is believed that neither Bahl nor Bansal will be offered a place in the merged entity.

Amidst all these speculations, SoftBank’s investment arm has pushing for Snapdeal’s sale to Flipkart. If that does happen, the Japanese telecom and Internet corporation will be pouring $2 Bn into the merged entity, of which a portion will go into buying one-third of Tiger Global’s shares in Flipkart.

While reports of the proposed Flipkart-Snapdeal merger have been making the rounds since March 2017, Infibeam’s name first appeared in July when it reportedly denied $1 Bn acquisition talks with Snapdeal.

At the time, Infibeam founder and MD Vishal Mehta stated in an official response, “At the outset, we would like to clarify that all such news reports are purely speculative. The company from time to time, due to the nature of its business and its industry type, seeks as well as receives proposals from various groups/companies for potential transactions, and evaluates various opportunities as and when available. The company, as a matter of policy, does not comment on speculative news items such as the ones in the media today and, if required, will make necessary disclosures at an appropriate time. The company further confirms that it has not released any specific information pertaining to said news reports, so far.”

In February 2016, Snapdeal raised $200 Mn in a funding round led by Ontario Teachers’ Pension Plan and others at a valuation of $6.5 Bn. Escalating competition from Flipkart and Amazon as well as rising losses forced the company to start looking for buyers late last year.

In April 2017, Flipkart and Snapdeal signed a non-binding Letter of Intent (LoI) as part of the proposed merger deal. In the first week of July, Snapdeal reportedly rejected Flipkart’s $700 Mn – $800 Mn buyout offer, putting forward a higher demand of $900 Mn instead.

Flipkart’s latest merger offer of $850 Mn came only five days later, in which it agreed to pay $650 Mn-$700 Mn in stock immediately. The remaining $150 Mn, sources revealed, would be transferred post-acquisition.

Although the Infibeam offer is nearly $150 Mn lower than that of Flipkart, Snapdeal’s founders are pushing for a merger with the Vishal Mehta-founded company in order to retain control over Snapdeal. If the deal doesn’t go through, Snapdeal will have to come up with a proper strategy to remain afloat amidst losses and competition.