Flipkart Offered $750 Mn Earlier This Month, Was Rejected. May Come Up With A New Offer Soon 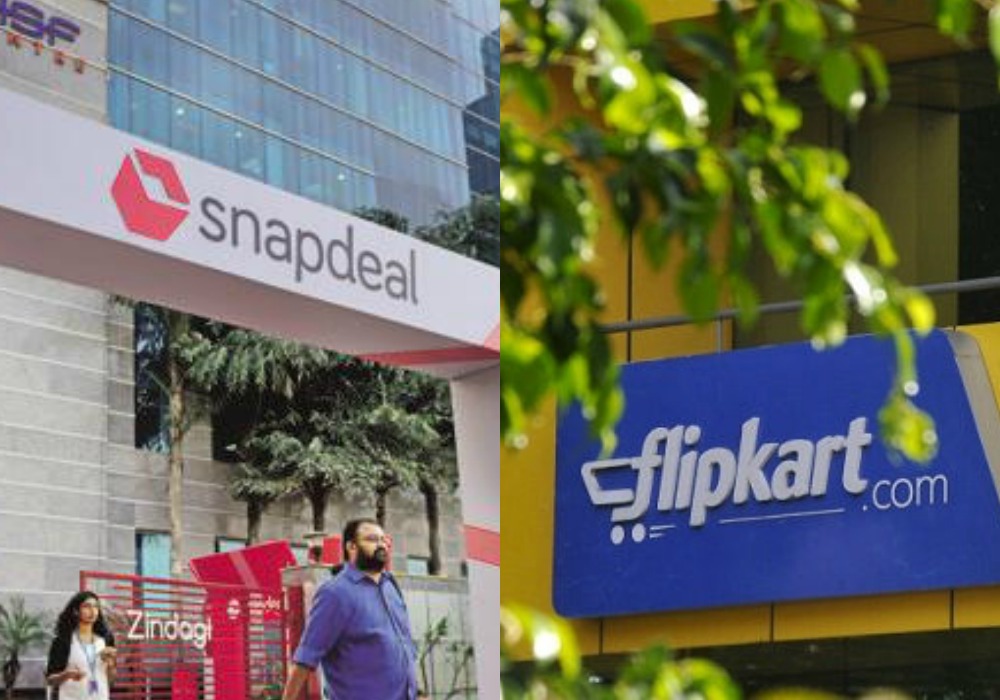 Ecommerce firm Snapdeal has reportedly asked for a payout of at least $900 Mn in stock for the proposed acquisition by Flipkart.

Earlier this month, the Snapdeal Board had rejected the acquisition offer of about $700 Mn-$800 Mn from rival Flipkart.

Reports suggest that Bengaluru-based Flipkart has not yet responded to the offer. However, a new offer price for the acquisition is expected to be conveyed to Snapdeal in next two weeks.

A report earlier this month, suggested that post completion of eight weeks of due diligence, Flipkart made a new acquisition offer of about $700-$750 Mn last week which was ‘significantly lower’ than the initial $1 Bn bid.

Flipkart and Snapdeal signed a Letter of Intent (LoI) for the merger in May 2017. As per reports, SoftBank also bought out the stakes of Kalaari Capital and both the founders, raking in a total of 47.5% shareholding in the company. A few weeks back, Snapdeal founders and Nexus Venture Partners infused $17.5 Mn into the company in an emergency funding round.

In June, PremjiInvest, the investment arm of Wipro Chairman Azim Premji, reportedly asked for further clarity on the how the rights of minority shareholders will be protected. In another letter sent to the Jasper Infotech board, PremjiInvest has outlined its concerns over the proposed transaction.

Earlier, Inc42 reported that the Snapdeal board is yet to receive approval from other minority stakeholders including Azim Premji and Ratan Tata. Also, other smaller investors in the company are still not convinced with the viability of the deal and are delaying the process.

Apart from PremjiInvest, Ratan Tata, Foxconn, Alibaba Group, Ontario Teachers’ Pension Plan, eBay, and Hong Kong-based hedge funds, among others own about 40% of the company. However, they do not have Board representation.

As per reports following the sale of Snapdeal, Softbank – the orchestrator of the deal – will make an equity infusion in Flipkart. SoftBank is reportedly looking to buy a part of Tiger Global’s stake in Flipkart.

The asking price is solely for the ecommerce marketplace. The other two verticals of Jasper Infotech, mobile wallet FreeCharge and logistics unit Vulcan Express, are in talks to sell the respective businesses.

Earlier this month, it was reported that Mumbai-headquartered Axis Bank was reportedly in talks to acquire mobile wallet FreeCharge. A recent report states that the acquisition could even fetch $100 Mn (INR 625 Cr) for parent company Jasper. Axis Bank is currently conducting due diligence on the Snapdeal-owned digital wallet service.

On the other hand, Chennai-based TVS Logistics Services, PE firm Peepul Capital, and Supply chain firm Gati are looking to acquire Vulcan Express, the in-house logistics arm of Snapdeal. As per sources, the buyout will likely take place within the next two months for an estimated $14.4 Mn–$19.2 Mn (INR 90 Cr-INR 120 Cr).

Talks of the Flipkart-Snapdeal acquisition have been rife for months now. The final outcome of these speculations about ecommerce arm, Snapdeal, logistics arm Vulcan Express, and digital wallet FreeCharge will only be clear with time.