Snapdeal Says Yes To The Flipkart $950 Mn Merger Offer – Is It A Done Deal?

Snapdeal Says Yes To The Flipkart $950 Mn Merger Offer – Is It A Done Deal?

The Merger Of Snapdeal And Flipkart Awaits Shareholder Approval 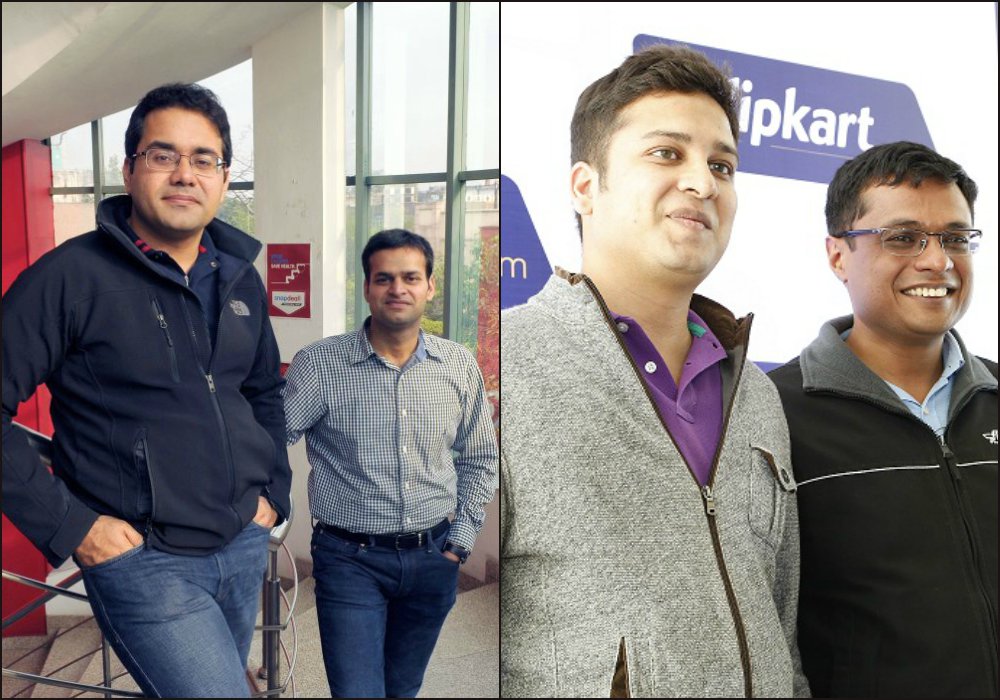 On July 13, ecommerce firm Snapdeal reportedly asked for a payout of at least $900 Mn in stock for the proposed acquisition by Flipkart. Earlier this month, the Snapdeal Board had rejected its acquisition offer of about $700 Mn-$800 Mn.

Following this rejection, Flipkart had revised the offer to around $850 Mn. As per reports, the Bengaluru-headquartered ecommerce giant had agreed to pay $650 Mn-$700 Mn in stock as soon as the merger is finalised. The remaining $150 Mn is to be transferred at a later date.

The merger deal offer does not include Jasper Infotech subsidiaries FreeCharge and Vulcan Express. The sources further added that the Snapdeal and Flipkart Boards were expected to meet this week to sign the term sheet and finalise the deal.

The deal will be carried out in three phases as per a recent report. “SoftBank will first buyout stakes from Snapdeal and its investors – Nexus and Kalaari Capital. The capital will then be put into the Bengaluru-based ecommerce company by SoftBank. In the last stage, Flipkart will merge with Snapdeal.”

As part of the proposed merger, SoftBank is also planning to invest $2 Bn in Flipkart, of which the first $500 Mn will serve as primary funding. The remaining amount will be used to buy out one-third of Tiger Global’s shares in Flipkart. SoftBank is likely to hold 20% in the combined entity.

Speculations related to the merger have been doing the rounds for over four months now. In May 2017, Flipkart and Snapdeal finally signed a non-binding Letter of Intent (LoI) as part of the proposed merger deal. Following this, reports surfaced that SoftBank also bought the stakes of Kalaari Capital and both the founders, raking in a total of 47.5% shareholding in the company.

Earlier this week it was reported that Snapdeal founders Kunal Bahl and Rohit Bansal were intent on merging with Internet and ecommerce conglomerate Infibeam. During a meeting last week, Infibeam made a $700 Mn stock-only offer to the Snapdeal Board.

Most of the reports are speculative in nature and it has been over a quarter of a year, that the talks have not materialised into a deal. With Snapdeal added to its resources and SoftBank supporting the bankroll, Flipkart will be able to compete against ecommerce behemoth Amazon. The US-based ecommerce giant is rapidly fuelling more capital in the Indian arms of its business – digital wallet, infrastructure, partnership programmes, and wholesale business.

Apart from capital and resources the investment by SoftBank will also provide relief to the management. The company is currently under control of investor Tiger Global, which orchestrated the appointment of former Tiger Global executive, Kalyan Krishnamurthy. Krishnamurthy managed to turn the brand around for Flipkart and pushed volumes for the ecommerce business.

Festive season sales are a major parameter of success for ecommerce firms. With the merger of Snapdeal and Flipkart, the Bengaluru-based company will soon be able to prepare for the fast-approaching festive season.

(The development was reported by MoneyControl)