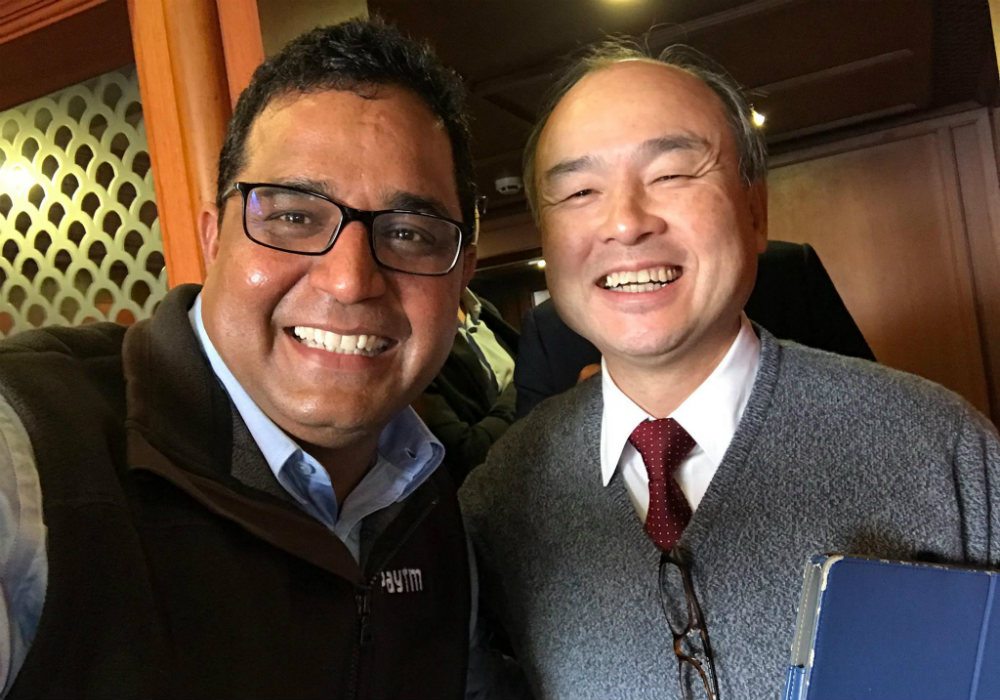 Paytm has raised $1.4 Bn funding from SoftBank Group, the Japanese Internet and telecom major. The investment was done in Paytm’s parent company One97 Communications.

With this move, SoftBank has joined Alibaba Group as a major shareholder and will take a seat on the Paytm board.

Talking about the funding, Masayoshi Son, Chairman & CEO, SoftBank Group Corp., “In line with the Indian government’s vision to promote digital inclusion, we are committed to transforming the lives of hundreds of millions of Indian consumers and merchants by providing them digital access to a broad array of financial services, including mobile payments. We are excited to partner with Paytm in this journey and will provide them with all our support.”

This news comes just a day after ecommerce and payments platform Paytm finally geared up to roll out its payments bank on May 23, 2017. One97 Communications had received permission from the Reserve Bank of India to formally launch the Paytm Payments Bank in January 2017.

Speaking on the occasion, Paytm founder & CEO Vijay Shekhar Sharma said, “We are at an inflection point in our journey with Paytm. This investment by Softbank and support of the incredible entrepreneur Masa Son is a great endorsement of our team’s execution and vision. We believe we have a great opportunity to bring financial inclusion to half a billion Indians.”

Paytm plans to invest about $1.6 Bn (INR 10,000 Cr) over the next three to five years towards its commitment to enabling India’s digital economy.

As per a company statement, the newly raised funding will be used to grow its leadership in the country’s payment ecosystem, expand its user base, and build a suite of financial services products for its users.

Last month, it was reported that ecommerce and payments company Paytm was in talks with Japan-based SoftBank to raise about $1.5 Bn in a cash deal.

In August 2016, after securing a $60 Mn funding round, One97 Communications, which runs Paytm, created a separate entity called Paytm E-Commerce Pvt. Ltd and transferred its online retail business onto it. In March 2017, Alibaba led a massive $200 Mn round in Paytm’s recently formed ecommerce unit. According to the filings with the Registrar of Companies (RoC) reviewed by Inc42, the round in Paytm E-Commerce Pvt. Ltd will be led by Alibaba Singapore E-Commerce Pvt. Ltd, a wholly-owned subsidiary of Alibaba Group Holding Ltd, which will invest $177 Mn (INR 1,182 Cr), along with $23 Mn from SAIF Partners.

From ecommerce companies like Amazon that secured a licence from the RBIto operate a prepaid payment instrument (PPI); Instant messaging app WhatsApp that is expected to launch a peer-to-peer payment system in India, within the next six months; to Sweden-based Truecaller, introducing a new UPI-based mobile payment service ‘Truecaller Pay’ through a tie-in with ICICI Bank, the digital wallets is reaching a tipping point with both international and local interest.

The Indian fintech market is forecasted to touch $2.4 Bn by 2020, a two-fold increase from the market size currently standing at $1.2 Bn. As a per a report by Google and Boston Consulting Group, released in July 2016, the digital payments industry in India is projected to reach $500 Bn by 2020, contributing 15% to India’s GDP. According to Inc42 Datalabs, fintech has brought in $1.77 Bn in funding in India from 2014 to October 2016, with Paytm’s $680 Mn funding from back in September 2015 making up 38.5% of the entire sum. There was a total of 158 deals with 111 of them divulging their funding figures.