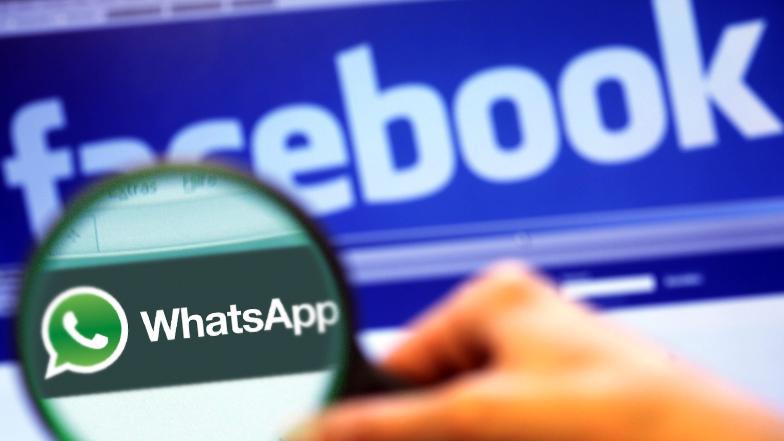 Yahoo & Google might be a bit busy in picking up some startups and not in a shopping spree but twitter too keep on looking on the startups for acquisitions. But looks Facebook is somewhat going to be in a win-win situation soon.

After being in news for possible talks of acquiring Snapchat, looks Facebook has cracked a big time deal after it had announced that it is acquiring one of the popular instant messaging app Whatsapp for over $19 Bn. Not only for Facebook but even for Whatsapp’s co-founders Jan Koum and Brian Acton, and their team, it’s a win situation.

“WhatsApp had every option in the world, so I’m thrilled that they chose to work with us. I’m looking forward to what Facebook and WhatsApp can do together, and to developing great new mobile services that give people even more options for connecting”, says Mark Zuckerberg.

But you should have a look at this

Facebook turned me down. It was a great opportunity to connect with some fantastic people. Looking forward to life’s next adventure.

Facebook, which turned down Brian Acton for a job years back is now actually buying his company. Looks Facebook might be now looking for the person who rejected Brian. 😉

Got denied by Twitter HQ. That’s ok. Would have been a long commute.

Well a good lesson to learn.

Facebook will pay $16 Bn in a mix of cash and stock for closely held WhatsApp, with as much as $3 billion more in potential additional payments related to restricted stock units that WhatsApp’s founders will receive. As per Forbes, Koum held about a 45% stake in the company, while Acton’s stake was over 20%.

Have a look at Whatsapp growth chart.

But What about the ads, will they now keep coming in Whatsapp? 🙁

According to Kuam, users don’t need to worry about ads “interrupting your communication… There would have been no partnership between our two companies if we had to compromise on the core principles that will always define our company, our vision and our product.

This is something good for Sequoia too, as it has over 20% stake in the company, it had invested $8 Mn in Series A in the instant messaging app. It had also been participantant in other two rounds as well and has total of $60 Mn injected in the company.

“For the past three years, it’s been our privilege to work shoulder-to-shoulder with Jan and Brian as their close business partner and investor. It’s been a remarkable journey, and we could not be happier for these talented underdogs whose unshakeable beliefs and maverick natures epitomize the spirit of Silicon Valley,” says a blogpost by Sequoia Capital over the acquisition.

Currently, Whatsapp has 450 Mn people on every major mobile platform, with more than 1 Mn people signing up daily on its platform every day.

If 200M of WhatsApp’s 450M users are new to Facebook, then it’s not a bad deal. If the overlap is higher, then it becomes more questionable

Who would have thought IM would come back with such vengeance..on mobile Whatsapp acquired for $19B, right after Viber for $900M #fullcircle

Zuckerberg knows how to do business. Jan Koum did the right by not spurning the offer. Good deal for me. #WhatsApp

This was inevitable, but let’s see where this FB buy of Whatsapp goes and takes us. For fb this is a great opportunity.

I wont be surprised if fb ends up buying a telecom operator too in coming years. #fb buys #whatsapp