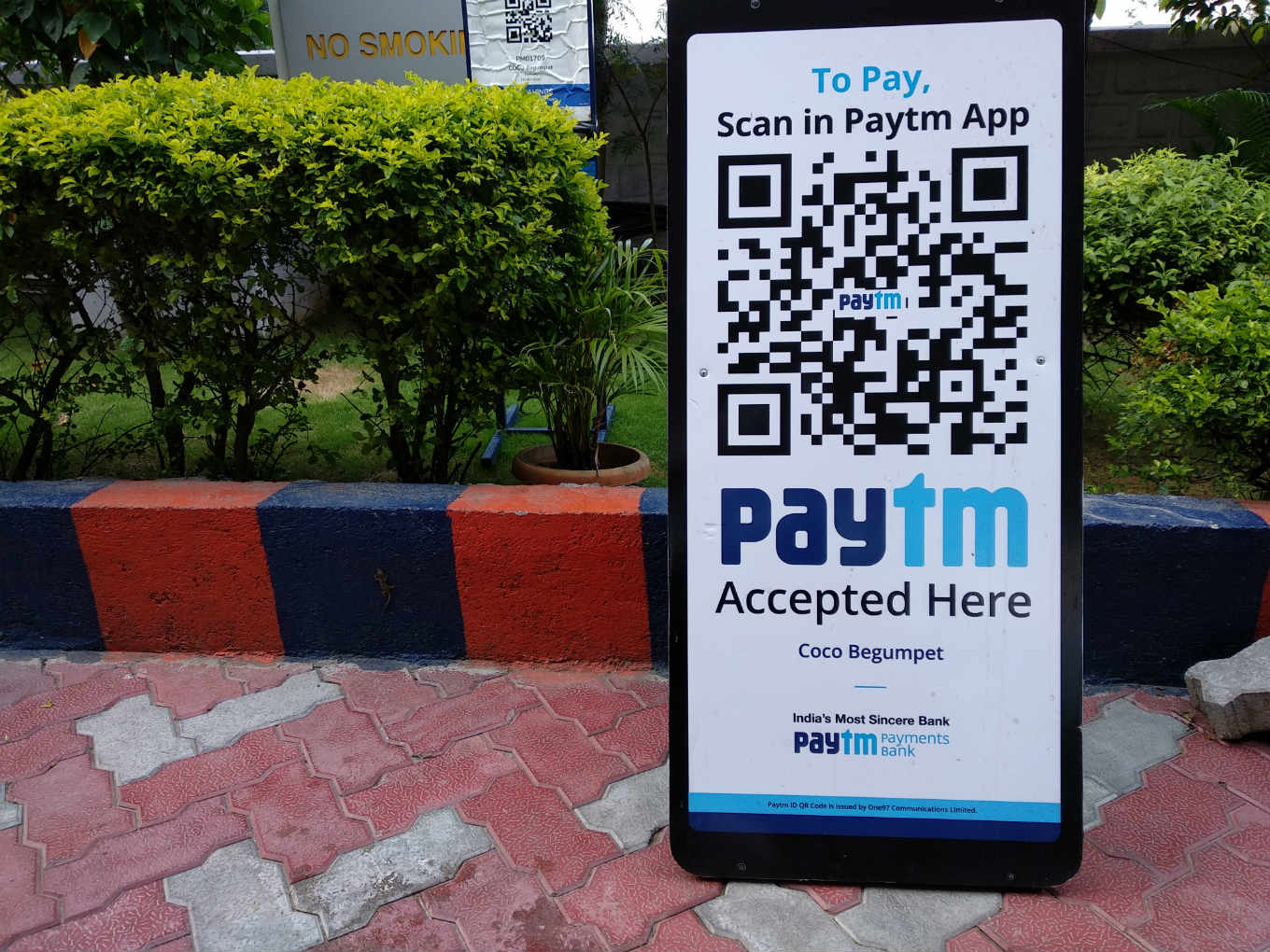 Paytm has announced that it is now supporting interoperable QR codes. The Noida-based digital payments company said it is targeting 1.5 Bn merchant payments as it focuses on educating more users to scan any payment QR code available in the market through the Paytm app.

Paytm said it has partnered with over 14 Mn merchants across the country and with this new offering, it will expand its reach to another set of 2 Mn retail outlets in the market. Deepak Abbot, Sr. vice president – Paytm said, “Our efforts have been to meet the requirements of our merchant partners while also offering incredible customer experience. We are gearing up for the festive season and are aiming to be the only app that customers use to scan and pay at the merchant outlets.”

The company had recorded a gross transaction value (GTV) of over $50 Bn while clocking 5.5 Bn transactions in FY19. Paytm has earlier claimed to own around 70% market share in overall digital payments across online and offline merchants.

The company claimed that it is witnessing that Paytm wallet is more preferred for offline payments than UPI. Paytm has earlier claimed that it has achieved over 600 Mn total transactions in July, which includes payments through Paytm Wallet, Paytm UPI, cards and netbanking.

Jaskaran Kapany, marketing head, Paytm said, “We have been observing the ever-evolving needs of our users and believe in providing them the flexibility to choose their preferred mode of payment. With the interoperable UPI, consumers now also get the additional flexibility to scan any QR code through their Paytm app and make payments directly from their linked bank account.”

Currently, Paytm has close to 130 Mn monthly active users and more than 450 Mn registered users, as of July 2019. The company had recently said that it has allocated INR 750 Cr to expand its monthly active users. The platform planned on targeting 250 Mn new customers, and onboard new merchants in Tier 2 and Tier 3 cities and towns.

Founded in 2010, Paytm is one of the first digital payment platforms in India. Besides individual transactions, merchant payments and PoS systems, it has ventured into financial products such as a payments bank and credit cards. It also supports a native payments wallet and UPI for payments and transactions. Paytm is also active in the ecommerce space with Paytm Mall, and has also ventured into event ticketing services, wealth management, insurance and gold services.

Paytm founder Vijay Shekhar Sharma had recently said that the company will start preparations for an initial public offering (IPO) within two years. Paytm chief said he wants the firm to generate more cash before entering the public market.

National Payments Corporation of India (NPCI) has recently approved a proposal to give tax incentives on QR-based transactions by next year. The tax benefit can be claimed by consumers and merchants after sharing their PAN and GSTIN details, respectively. NPCI had also decided to store these PAN details, shared with consent, in an encrypted format. The proposal was discussed at the last NPCI’s steering meeting held in August.