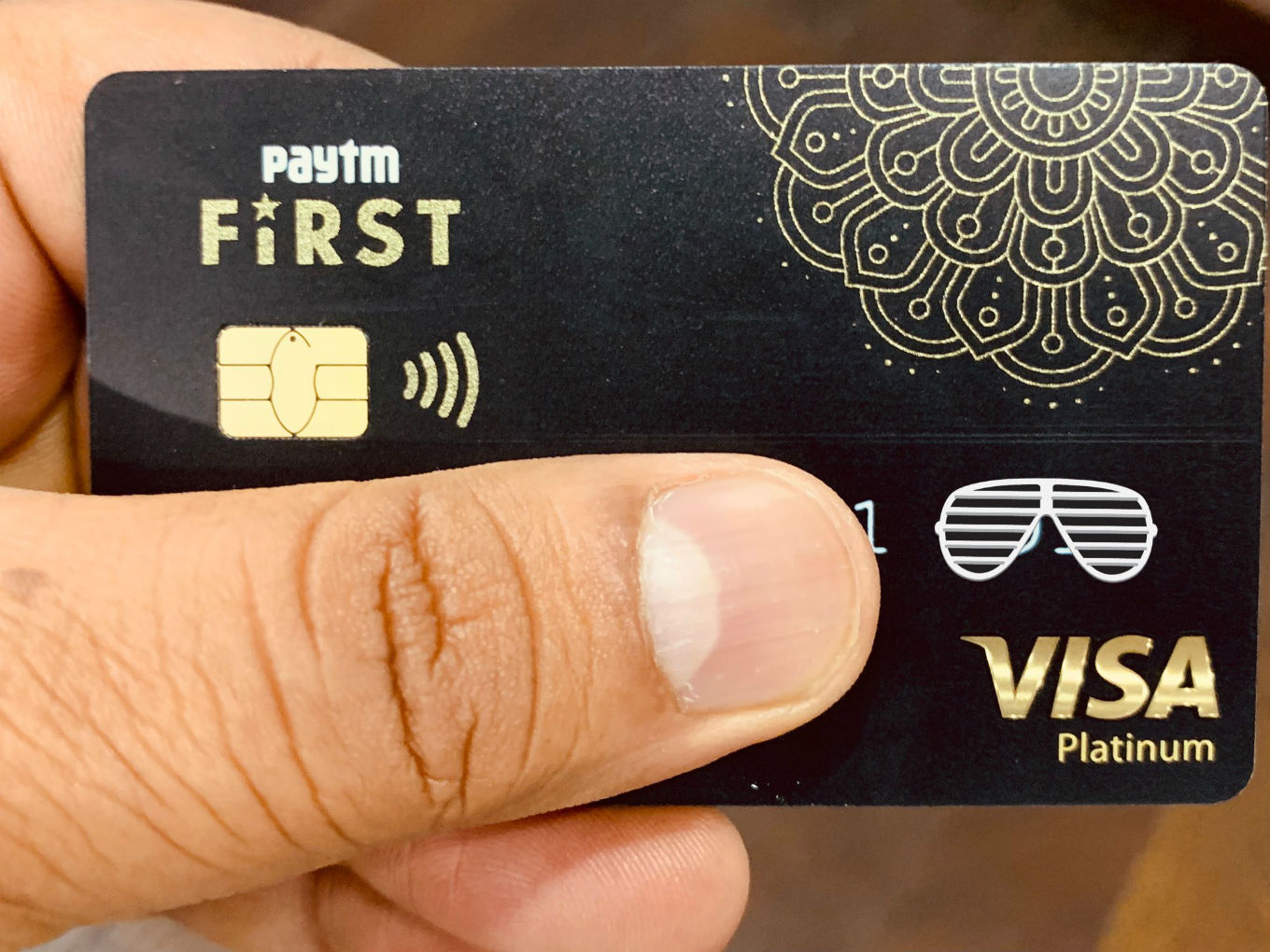 Vijay Shekhar Sharma-led digital payments company Paytm has ventured into the credit card business in a partnership with Citibank. In a tweet, Sharma said that Paytm First Credit Card has been built with Citibank, and is powered by the VISA payments network.

Sharma had posted a teaser image of the card last evening, which drew a lot of attention from his followers. In a media statement, Paytm said the Paytm First Card offers 1% universal unlimited cashback and has no restrictions on rewards for any transaction.

How Does Paytm First Card Work?

Paytm has created a credit card approval tool, jointly developed with Citi, to assess the credit worthiness of users .

Vijay Shekhar Sharma, chairman and CEO, One97 Communications, the parent of Paytm, said the offering should increase payments flexibility for Paytm users, and will help spur large-ticket cashless payments.

Further, the Paytm First Card, which is a contactless card, is accepted across the globe. It also offers benefits on dining, shopping, travel, amongst others on the Citi Privileges platform.  It does come with an annual fee of INR 500, which will be waived if the customer spends more than INR 50K in the year.

The collaboration with Citibank is part of Paytm’s new subscription-based loyalty programme called Paytm First. The partnership with Citibank for credit cards comes less than a week after Paytm tied up with Visa to launch debit cards.

Paytm First brings exclusive benefits over and above the regular Paytm cashback offers, when users transact on the platform or outside it. With plenty of competition in the payments sector and standardisation thanks to UPI, Paytm is banking on extra incentives through the subscription programme to retain users.

Through its payments bank subsidiary Paytm Payments Bank, the company will offer Visa debit card solutions to its rapidly expanding customer base. Visa CEO Alfred F. Kelly had said at the time that the company’s total acceptance points in India have expanded to over 4.5 Mn including over 1 Mn QR points, as of February 2019.

Currently, the credit card market in India is dominated by HDFC Bank, State Bank of India, ICICI Bank, Axis Bank and Citibank. In February 2019, a total of 46.1 Mn credit cards were in operation in India, with nearly 9.13 Mn credit cards and 89.11 Mn debit cards added in one year.

This number is set to increase as more internet and tech companies enter the credit ecosystem in the country. As digital payments gains ground in the Indian market, credit cards is the next big battleground for fintech and non-fintech companies.

Here’s a look at the major players who are exploring the potential credit market of India:

With the rise of fintech companies and a more robust digital payments infrastructure, lending and credit market has changed a lot in the past year. India is still far off from the credit-focussed market of the West. However, these attempts to engage the young tech-forward population with credit cards could soon change that.