Ola Better Off Concentrating On Its Cab Business Than Buying Foodpanda: Mohandas Pai

Ola Better Off Concentrating On Its Cab Business Than Buying Foodpanda: Mohandas Pai 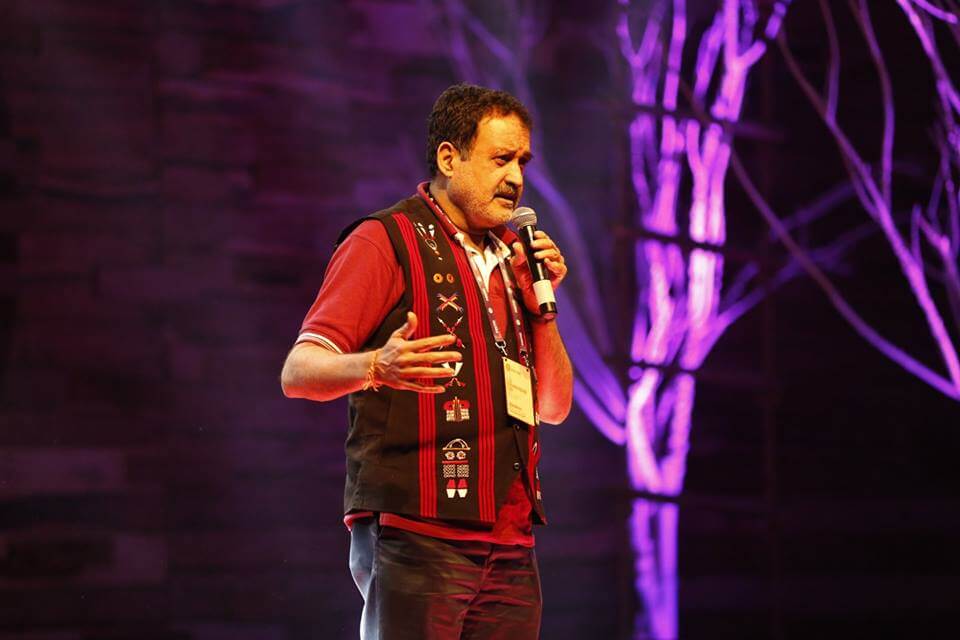 Cab aggregator Ola decided to indulge in some big Christmas shopping this year by going out and buying the food delivery startup, Foodpanda India, yesterday. Ola is planning to pump in another $200 Mn into the business as it once again sets foot in the food delivery space. But for Ola, which has already burnt its fingers with Ola Cafe once, does this move make sense? Former CFO of Infosys, T V Mohandas Pai, believes that Ola was better off concentrating on its cab business.

Talking to CNBC TV18, T V Mohandas Pai stated, “The deal is a sign of consolidation in the industry. Foodpanda was not going anywhere and Uber was coming up. UberEats was adding to their revenues and lowering per capita costs and so Ola had to respond. So Ola has responded. But I don’t know if it makes any sense for both of them given Swiggy is very well positioned in the space.”

Elaborating further on the question of whether the move will in any way add to the core business of the company, given that Zomato and Swiggy are powerful players in the field, he added that Ola should have probably bought Swiggy.

“Then they would have acquired a dominant player and a bigger market. But they are spending $200 Mn on an enterprise like Foodpanda which has not gone anywhere and has serious management and credibility challenges. Swiggy, on the other hand, has got everything under its hold-it’s got the expertise, the balance sheet and the investors. But a car service running a food delivery business is a very different game altogether. So I think it is going to be a tough three-way battle and more people are going to lose money,” Mohandas Pai reasoned.

However, Rajesh Sawhney, co-founder of InnerChef, disagreed with Mohandas Pai on the same.

In the same media interaction, Rajesh said, “Let’s look at the bigger picture. India does between 8 Mn to 10 Mn deliveries per month. China does 16 Mn deliveries every day. So I believe the Indian market clearly has a large headroom. And very clearly, within five years, we will get to 100 Mn deliveries a month. So in such a large market, I think it’s imperative that multiple players play out and consolidation does not happen too early.”

When it comes to UberEats, it is still a new player, which is trying to establish its relationship with the restaurants and will take time. Hence for Ola and Uber that are transport first companies and largely have depended on their car fleet for revenues, this is a new avenue.

“Both of them are setting their mobile transportation systems which can be very effectively leveraged now for both transporting people and food. So I think it makes sense for both Ola and UberEats to be there. Also, I believe it’s good for both consumers who will have more choice as well as for restaurants, who will have different ways of delivering food to the consumers.”

Mohandas Pai, however, disagreed on the India Vs China argument when it came to food delivery.

He stated, “I am not buying his argument as our economy is different from China. We are a $2.25 Tn economy while China is a $12.7 Tn. China has got a 650 Mn middle class with a per capita income of $8,800 while India has got a per capita income of $1,600. We are just not there. China is five times bigger and the market is going to take time to grow to that size. Even Ola and Uber do not have that kind of market to keep on losing money.’

He further added that while now there will be five players, they will have to slug it out. Each one will lose money because Swiggy delivers very well and Zomato is doing a decent job. With both these car companies entering the market, they will try to get business by discounting. While it is great for consumers and restaurants but all these companies will eventually lose even more money and bleed and might have to shut down their businesses.

“I think Ola was better off concentrating on their car business and build it up to a level where the cash flows are sustainable,” stated Pai.

Although Rajesh agreed that this will lead to more blood loss, investors understand it and are willing to put their money behind it.

“I am not suggesting India is another China in the making but India is at least one-third of China in the making. So even with this capacity, there is huge headroom and scope for three to five players. I think it is a misreading of the situation to say that consolidation is the only way to make money. In large markets, three to four players can sustain. And for both Ola and Uber, getting into the delivery market is a strategic imperative. They can leverage the same infrastructure for transporting both people and food. I think we are underestimating the demand potential of the Indian market. It’s just waiting to explode.”

Mohandas Pai, however, quipped that what is going to explode is red ink across their balance sheets.

“Amazon has got red ink, Flipkart has got red ink, and the big daddy in the room, Reliance Jio is waiting to come. Jio will enter when both these people have lost $4 Bn to $5 Bn and then we will see the fun begin. But nevertheless consumers will benefit, restaurants will benefit. And an interesting development will take place. We will soon have local delivery services run by smaller companies in a radius of about two-three kilometres of the restaurants that will have the limited geography of delivery and thus lower the delivery cost. This will save the restaurants the 15%-20% margin they pay for delivery to the bigger companies as these restaurants don’t make that much margins. So smaller companies with limited geography and a lower cost will change the game,” he added.

Rajesh Sawhney, however, averred that red ink is natural when you want to build marketplaces.

“When you want to build a kitchen in the cloud businesses, they will achieve green ink faster. But I think with the scope of the Indian market, investors behind all these startups are becoming strategic in nature and will take a long-term view of the market,’ he concluded.

A Quick Look At Food Delivery In India

As per a Red Seer Consulting report, the food delivery sector is on course to hit $1.5 Bn by the end of 2018 and $2.5 Bn to $3.5 Bn by 2021 in GMV terms. It also added that deep understanding of the micro-market in the common cities of operation will help the cab aggregators to add value to the delivery operations in food delivery. 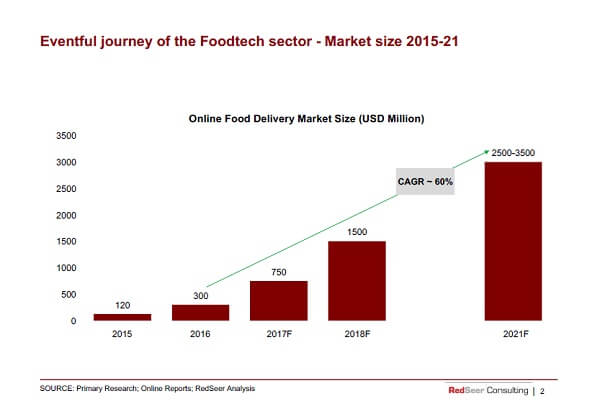 Coming to Swiggy, speculations were rife that Flipkart might invest $50 Mn in Swiggy for tapping the food delivery space. Even Japanese conglomerate SoftBank was reportedly gearing up for a $200 Mn-$250 Mn investment in Swiggy. In May this year, the company raised  $80 Mn in a round led by Naspers at an estimated valuation of $400 Mn.

In an interaction with Inc42, a spokesperson from Swiggy stated that the company clocked  4 Mn orders in July 2017 with a steady increase since. The Bengaluru-based startup also recently acqui-hired the management team of Bengaluru-based gourmet Asian food startup 48East.

Thus expect competition for Ola to be stiff in this field.  While Rajesh Sawhney believes that Foodpanda is a long-term bet for Ola, TV Mohandas Pai is of the opinion that this move by Ola might go bust. Whether this acquisition of Foodpanda by Ola will go down the same road as its earlier attempt of Ola Café is something only time will tell. For now, opinion remains divided as to whether Ola was better off concentrating on the transport business than trying to emulate rival UberEats once again – a move it failed at in the past.