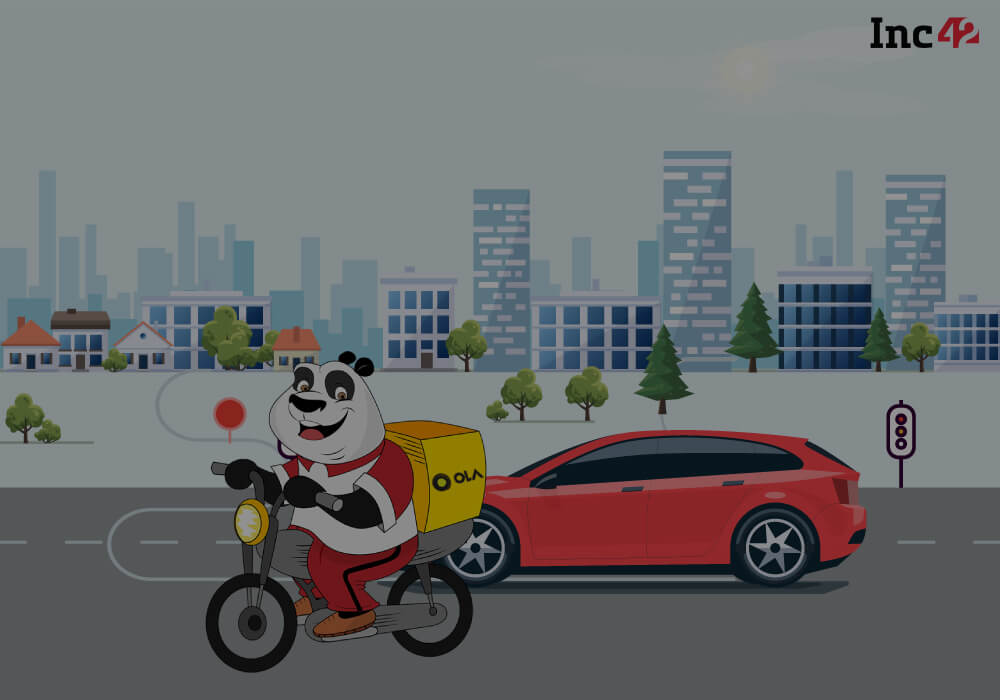 Cab aggregator Ola is once again setting its foot into the food delivery space by acquiring Foodpanda India from Germany based Delivery Hero Group. Ola has also committed to invest $200 Mn in Foodpanda India.

While the companies did not disclose the details of the deal size, sources have pegged the stock-based acquisition at under $50 Mn. This deal includes the transfer of Foodpanda’s India business to Ola in an acquisition deal in exchange for Ola stock.

Bhavish Aggarwal, Co-founder and CEO at Ola, stated, “I’m excited about our partnership with Delivery Hero as we team up to take Foodpanda India to the next level. As one of India’s pioneers in the food delivery space, Foodpanda has come to be a very efficient and profit focused business over the last couple of years. Our commitment to invest $200 Mn in Foodpanda India will help the business be focused on growth by creating value for customers and partners. With Delivery Hero’s global leadership and Ola’s platform capabilities with unique local insights, this partnership is born out of strength. I look forward to welcoming the Foodpanda India team to the Ola family.”

Meanwhile, Saurabh Kochhar, former CEO of Foodpanda India has left the company and Pranay Jivrajka, founding partner at Ola has been appointed as the interim CEO of Foodpanda.

Ola, Foodpanda, And The Food Delivery Sector In India

Ola had earlier experimented with food delivery with its Ola Cafe in 2015, which did not take off that time and was shut down in March 2016. The acquisition of Foodpanda however will now see it pitted against the likes of rival UberEats and incumbents like Zomato and Swiggy.

Foodpanda currently has a network of 15000 restaurants across 150+ cities. In December 2016, parent Foodpanda was acquired by Delivery Hero, one of the leading global players in food ordering and delivery marketplace, which went public with a $ 1.1 Bn IPO in June 2017. In May this year, South African Internet and media conglomerate Naspers had invested about $435 Mn in Delivery Hero, a part of which was expected to pour in to strengthen its Indian business Foodpanda India.

The company aimed to be profitable by FY 2019 riding on its strategies such as third-party delivery logistics through Dash, food recommendation and discovery through the revamped India app, bringing Shahrukh Khan as the face of the brand and working on food quality initiatives such as the Food Doctor Program.

Given that it is the third largest player in the food delivery business in India after Zomato and Swiggy, acquiring Foodpanda will enable Ola to broaden its range of services. Especially after it has learnt its lessons by burning its fingers with Ola Café while rival UberEats also tries to pick up traction in the hyper competitive food delivery business which suffers from wafer thin margins. Meanwhile Foodpanda India will benefit from Ola’s scale and efficiencies as a platform, also having leveraged learnings from Delivery Hero’s global best practices.

Niklas Östberg, Chief Executive Officer and Co-founder of Delivery Hero AG, said, “The partnership with Ola will allow us to further consolidate markets where it strategically makes sense to collaborate with leading local players. At the same time, we consider our stake in Ola as a very valuable asset, while Ola’s investment commitment in Foodpanda India is a clear and confident signal to the Indian market.”

Foodpanda India currently competes with players like  Swiggy, Zomato, Runnr, Shadowfax, UberEATS, Google Areo and soon to be launched Flipkart’s one-stop app . Speculations were rife that Flipkart might invest $50 Mn in Swiggy for tapping the food delivery space. The online food service market in India is expected to reach $2.9 Bn by 2019. No wonder, Ola in its quest to broaden its services on the back of its recent $1.1 Bn funding round from Tencent and SoftBank and take on rival Uber’s UberEats service, is raring to partake a slice of this market.

The acquisition of Foodpanda from Delivery Hero will allow Ola to buy a business with considerable scale rather than starting from scratch in this competitive space. That may well prove to be a worthy shot to take against rival UberEats.