Is Reliance Jio Planning To Change The Face Of Ecommerce?

Is Reliance Jio Planning To Change The Face Of Ecommerce?

As Per Reports, Reliance Jio Is Working On A Pilot With Stores And Consumer Brands In Mumbai, Chennai and Ahmedabad 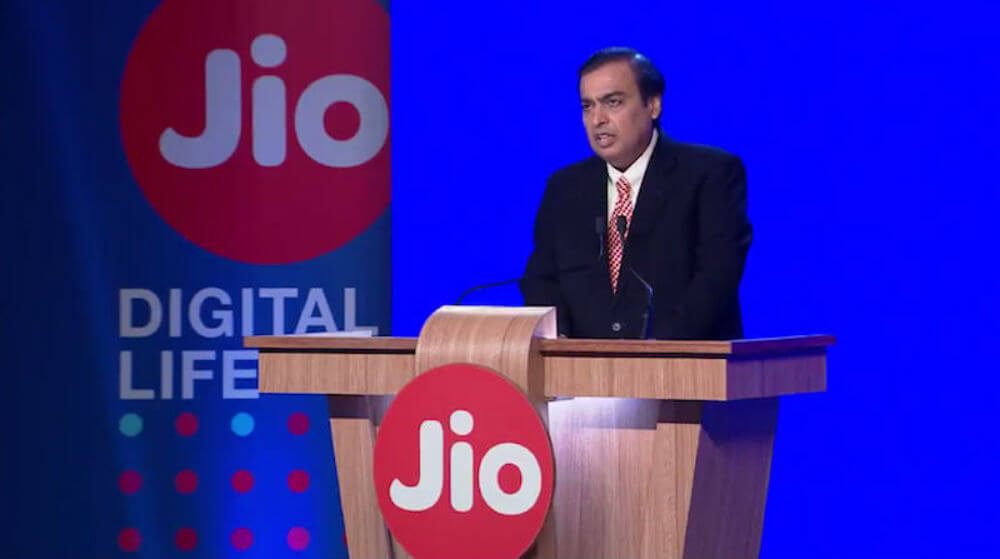 After creating mayhem in India’s telecom sector, is Reliance Jio now preparing to do the same in India’s ecommerce market? As per an ET report, that may be the case as Jio prepares to leverage its vast network and hundreds of millions of subscribers. As per two people aware of the matter, the company is working with corner stores, or ‘kiranas’, and consumer brands to create an operational model that will enable shoppers to buy at neighbourhood shops using digital coupons via its Jio Money platform or text messages.

The sources further added that a pilot project involving several stores and leading brands is underway at Mumbai, Chennai and Ahmedabad and a larger rollout is likely next year. For the pilot, brands like ITC, Wipro, Dabur, Tata Beverages, Godrej Consumer Products and Amul have been apparently roped in, among a total of 15-20 brands.

Jio will initially tie up with consumer brands for its platform while simultaneously connecting with corner stores through the brands’ distribution networks, added the source. Leveraging its mobile user base, it will send digital coupon codes for a particular brand’s product to them, who can then use the coupons at neighbourhood stores to buy those brands. Stores enrolled in the pilot will be equipped with software on their phones or tablets to read these digital coupons.

Additionally, Jio will also allow partner stores to use its platform for stock clearances or to send promotional offers to their customers. These could also include those customers who are not Jio subscribers. Jio also plans to introduce a so-called missed-call facility that will allow it to intimate its shoppers the promotional offers in a specific area

The report reiterates what former CFO of Infosys T V Mohandas Pai had spoken about last month. Pai had stated, “In ecommerce, the biggest threat to Amazon and Flipkart will be Reliance Retail because Reliance Jio (Reliance Industries’ telecom arm) is there all over India; they can easily connect to all the small, small retail stores and supply to them and improve their business dramatically.”

Pai’s comments come on the back of the sprawling presence of the Reliance Brand in India. Reliance Retail already has a huge presence in the country with many brands under its umbrella such as its fresh food and groceries arm Reliance Fresh, its fashion brand Reliance Trends, and its consumer electronics brand Reliance Digital. Reliance Retail revenues for full year FY17 grew by 60.2% year-on-year to $5.21 Bn (INR 33,765 Cr). Further, the company plans to add another 500 outlets across segment in 2017-18.

Moreover, Jio, which has triggered huge competition and price wars in the telecom space and has already garnered 136.8 Mn subscribers, has gathered a wealth of data about Indian consumers. If Mukesh Ambani decides to step into ecommerce and throws in the shopping app, utilising Reliance Retail’s large offline footprint to deliver products, Flipkart and Amazon will have to contend with a new and stronger competitor.

The online-to-offline (O2O) business model is strategic for a new digital entrant like Jio given that out of India’s $650-Bn retail industry, only 3-4% is ecommerce and another 8% is controlled by organised retailers such as Shoppers Stop and Big Bazaar. The remaining 88-89% of the market rests with smaller entities such as corner stores. As per Statista, in 2015, e-retail sales accounted for 1.7% of all retail sales in India, are expected to grow to 3.6% this year and this figure is expected to reach 4.4% in 2019.

More so, as per a recent report by Morgan Stanley, the Indian ecommerce market is poised to reach $200 Bn by 2026, expanding at a compound annual growth rate of 30%. According to data provided in the report, the country is currently home to 100 Mn online shoppers, a figure which will see 50% increase in the nine years.

No wonder, Reliance Jio with its huge subscriber base feels all the more reason to enter this space after disrupting the telecom space. The Jio Money app currently hosts ecommerce brands but with this broader move, Jio is seeking to rope in more brands whose products are readily available at neighbourhood stores. Also given the fact that it too has no dearth of funds, Reliance Jio could prove a formidable competitor to deep-pocketed Amazon and heavily funded Flipkart, though both have a considerable head start in the game. It remains to be seen after creating mayhem in the telecom space last year with Jio, will Reliance repeat the same with ecommerce next year?