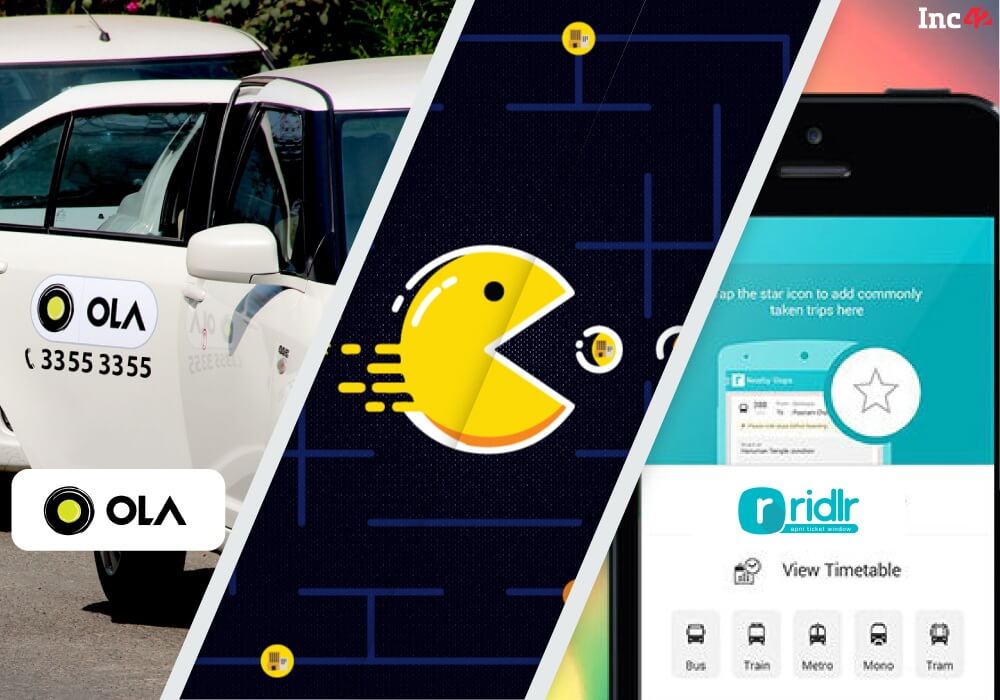 Merging synergies for digitisation of public transportation in the country, cab-hailing major Ola has acquired Mumbai-based Ridlr. The financial terms of the deal have been left undisclosed for now.

Both believe that combining Ridlr’s innovations in mass transit with Ola’s mobility products will enable true multi-modal mobility solutions for their users at scale.

Inc42 had earlier reported, the speculations surrounding the Ola-Ridlr deal, in order to improve its navigation technology and expand its services. Now, that the deal has been finalised, Ola has made it clear to utilise Ridlr’s resources to bring new technology and mobility options as it works to expand into and partner with cities in India and abroad.

How Ola And Ridlr Will Channelise Their Synergies Together

Bhavish Aggarwal, Co-Founder and CEO of Ola shared in a media statement that public transportation is a lifeline of millions of Indians and powering their needs like real-time information, mobile ticketing, cashless payments, and reliable services is bound to impact their end experience.”

“The challenge really is to make the entire ecosystem inclusive and robust for all. Ridlr, in a short span, has made huge strides in this space, and this latest acquisition lends muscle to our efforts in making transportation a far more holistic service,” he added.

Launched in 2009 by Ravi Khemani and Brijraj Vaghani, Ridlr provides real-time navigation information such as roadblocks, diversions, cancellations, etc., through GPS installed probes. In July 2016, the company raised $6 Mn in Series B round of funding led by Times Internet and Innoven Capital.

On the acquisition, Brijraj Vaghani, Founder, Ridlr further added, “The digital technology-driven services of Ridlr and Ola are a perfect synergistic fit. We have been offering end-to-end mass transit solutions to Indians, making their daily commute seamless across different public transportation modes. Ola, on the other hand, has made deep in-roads in the realm of urban mobility through its smart ridesharing solutions.”

Post-acquisition of Ridlr, Brijraj Vaghani will continue to lead the Ridlr team of its 64 employees who will be joining Ola. Ridlr is currently serving commuters in Mumbai and Delhi with partnerships with BEST, Delhi metro, and Mumbai metro, along with pilots in several other cities.

Ola Paves Its Path To Success

For quite some time now, Ola has been strengthening its acquisition streak, as the company last acquired Foodpanda India business in December 2017 for $31.7 Mn (reportedly) to venture into food delivery business. The foray into food delivery space comes after its first attempt ‘Ola Cafe’ was shut down in March 2016.

Prior to that, in March 2016 Ola acquired Chennai-based mobile payments startup Qarth, in a bid to strengthen its mobile wallet service Ola Money. However, the deal turned sour in July 2017, when UIDAI filed a complaint against Qarth co-founder Abhinav Srivastava, incriminating him from tapping into the UIDAI database and giving out e-KYC details without permission.

Earlier in March 2015, the company had acquired TaxiForSure for $200 Mn which was later shut down in August 2016 to strengthen its core business against Uber, which operates in only 29 cities in India, while Ola operates in 110 cities across the country.

With a war chest of $3.9 Bn in 11 rounds from about 20 investors, the company has been charged up to challenge its arch-rival Uber across the borders too. The cab aggregator is also eyeing to hit profitability by FY 2019.

Recently, Ola also expanded its wings beyond India. The cab-hailing company started its operations in Sydney and is also running a pilot project in Perth. The reports also surfaced that the company is planning to start its operations in New Zealand and is looking for expansion in Asia and North Africa too.

Competing with rival Uber, Ola has been innovating and exploring its range of facilities to gain a foothold in the price-sensitive Indian market. The company currently offers carpooling services, autorickshaws, Ola Play, etc and is also in talks to develop its own EV autorickshaws to explore the segment.

As Ola acquires Ridlr, the company strengthens its portfolio of services with public transport and takes a huge stride forward to mark its foothold in Indian cab hailing market.