The company’s revenue saw a 27.2% growth compared to the previous quarter, and its net profit was INR 10,602 Cr, a 28% quarterly increase 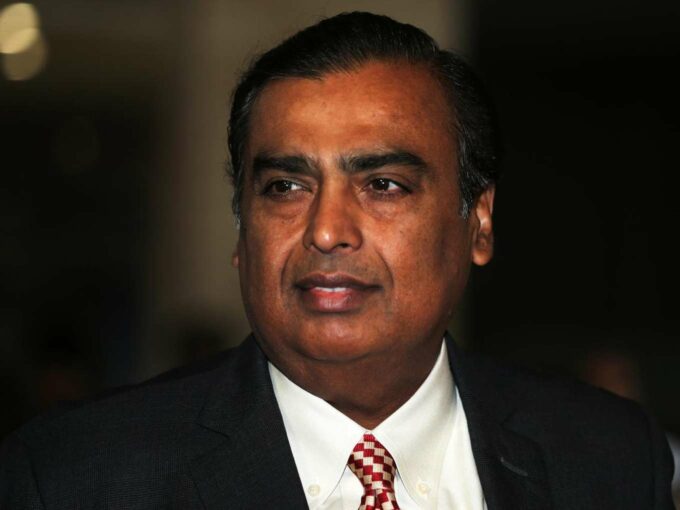 Led by strong quarter-on-quarter (QoQ) growth in revenues for the company’s digital venture Jio Platforms and retail venture Reliance Retail, the Mumbai-headquartered multinational conglomerate Reliance Industries Limited (RIL) posted revenue of INR 1,28,385 Cr for the second quarter (Q2) of the current financial year of 2020-21 (FY21), as indicated in the company’s press statement for the Q2 FY21 financials. The company’s revenue saw a 27.2% growth compared to the previous quarter.

As for the company’s digital and retail ventures, the performance was promising. Jio Platforms revenue for the quarter stood at INR 21,708 Cr, an increase of 7.1%. Net Profit was INR 3,020 Cr, registering a growth of 19.8%. The company claims that Jio has become the only operator outside China to have reached the milestone of 400 Mn subscribers in a single market. Jio has also stepped up efforts this month for a successful roll-out of its indigenously developed 5G solution, by conducting trials with US-based Qualcomm, during which, it claimed to have achieved speeds of 1 gigabyte (GB) per second.

According to data from the Telecom Regulatory Authority of India (TRAI), Reliance Jio dominates India’s mobile market with 35.03% market share.

“All of these investments, excluding Google, have been completed post fulfilling applicable conditions and the total amount of INR 118,319 Cr has been received by the Company,” Reliance said.

At Reliance’s 43rd Annual General Meeting (AGM) in July, the company’s chairman Mukesh Ambani had announced that Google would invest INR 33,737 Cr ($4.5 Bn) for a 7.73% stake in Reliance’s digital venture Jio Platforms. Google’s investment in Jio Platforms is its first and biggest investment in India through the $10 Bn worth India Digitisation Fund, which it said will help India unleash the potential of its digital economy.

The company mentions that while lockdown restrictions had been progressively eased in the second quarter, the operating environment was still subdued. While footfalls have recovered when compared to the previous quarter when there was a hard lockdown enforced across the country, they are yet to attain pre-Covid levels.

“With operating curbs being lifted progressively, store expansion resumed with 232 stores being opened during the quarter, taking the current footprint of the business to 11,931 stores, spread over 29.7 million sq. ft. of retail space,” said the company about Reliance Retail, the country’s largest retail chain.

Among the various segments for Reliance Retail, the company said that recovery of business had been largely led by grocery, while consumer electronics and fashion also witnessed a bounceback in terms of orders.

The company’s focus on digital commerce, with the launch of JioMart on the Google Play Store in July this year, has supposedly helped its growth.

Among brand-specific success stories for the quarter, Reliance mentions that its fashion and lifestyle brand AJIO witnessed a 4x growth in orders from pre-Covid levels. Its quarterly revenue run rate is now equivalent to full last year’s revenue.

Similarly, Reliance’s online grocery store, JioMart, which is fast-evolving into a full-scale ecommerce venture with options across product categories, extended its partnerships with neighbourhood kirana stores to 20 cities during the period with 4x increase in orders over Q1 FY21.

Speaking about the financial performance of his enterprise, the company’s chairman Mukesh Ambani said, “Domestic demand has sharply recovered across our O2C (order to cash) business and is now near the pre-Covid level for most products. Retail business activity has normalised with strong growth in key consumption baskets as lockdowns ease across the country. With large capital raised in the last six months across Jio and Retail business, we have welcomed several strategic and financial investors into the Reliance family.”

The Tussle For Future Retail

The quarter presented its fair share of challenges for Reliance. Its bid to acquire India’s second-largest retail chain and the parent of brands such as BigBazaar, Future Retail has been mired in a legal tussle with US-based retail giant Amazon.

In August, Reliance Retail had entered into a deal to acquire the retail, wholesale, logistics, and warehousing businesses of the Future Group for INR 24K Cr. Biyani’s Future Enterprises Ltd (FEL) retained the manufacturing and distribution of FMCG goods, integrated fashion sourcing and manufacturing businesses, its insurance joint venture with Generali, and a joint venture with NTC Mills.

Earlier this month, Amazon served a legal notice to Kishore Biyani-owned Future Group, over the latter’s alleged breach of a non-compete contract with the sale of its retail, wholesale, logistics, and warehousing businesses to Reliance Retail in August this year.

This month, Amazon won an injunction against the Reliance-Future Group deal through a Singapore-based arbitration panel.

While both Reliance and Future have put up a defiant face and said publicly that they will go ahead with the deal “without any delay”, legal experts have told Inc42 that the emergency arbitrator’s interim order would likely be upheld by an Indian court, if Reliance chooses to appeal against the decision.