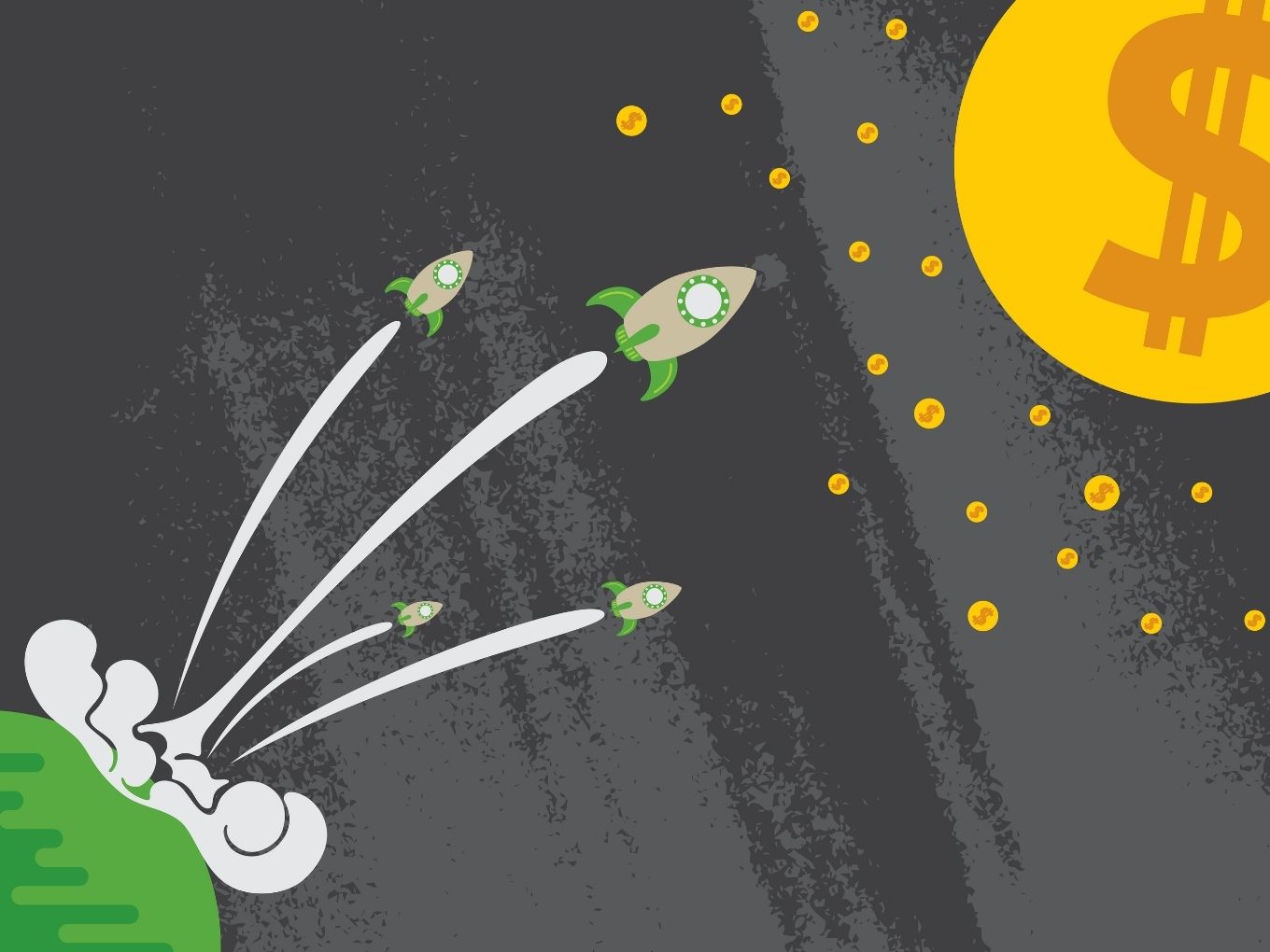 India now has 51 startups in the unicorn club, with entry of 6 companies last week

Indian startups are projected to raise $13.7 Bn this year, as per Inc42 Plus analysis

More than $1.5 Bn has been invested in the Indian startup ecosystem between April 5 to 10

Last week was undoubtedly one of the best weeks for the Indian startup ecosystem from the point of view of funding alone, as we witnessed the entry of six startups into the unicorn club. From vernacular social media platform ShareChat to wealth management portal Groww to fintech and digital commerce platform CRED to Pharmeasy, Gupshup and Meesho — all grabbed massive rounds, taking the total tally of Indian unicorns to 51.

Overall, about nine Indian startups have entered the unicorn club this year — including Digit Insurance, Innovaccer and Infra.Market — compared to 12 that entered the unicorn club last year. There are another 51 startups in the soonicorn (soon-to-be unicorn) club, and now as per the latest data, we expect India to hit 100 unicorns by 2023, well ahead of 2025, as previously predicted by Inc42 Plus.

Beyond the unicorn factory, the year is bound to be a great one for the overall Indian startup ecosystem in terms of funding. As per Inc42 Plus analysis, Indian startups are projected to raise $13.7 Bn this year if the second wave of Covid-19 does not take the best out of the Indian economy. 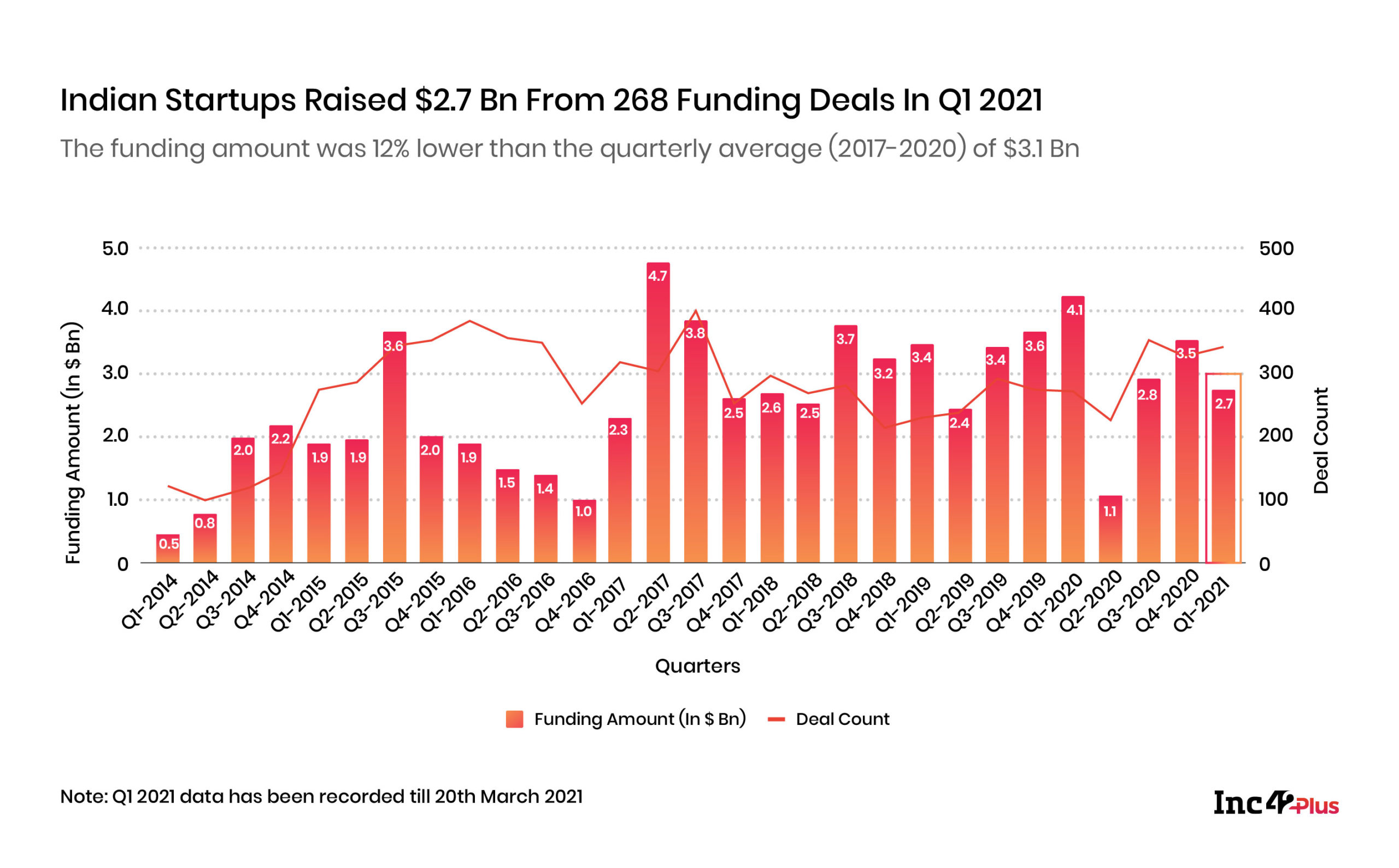 The investors that drove this growth were:

Most Active Early Stage Investors Of Q1 of 2021 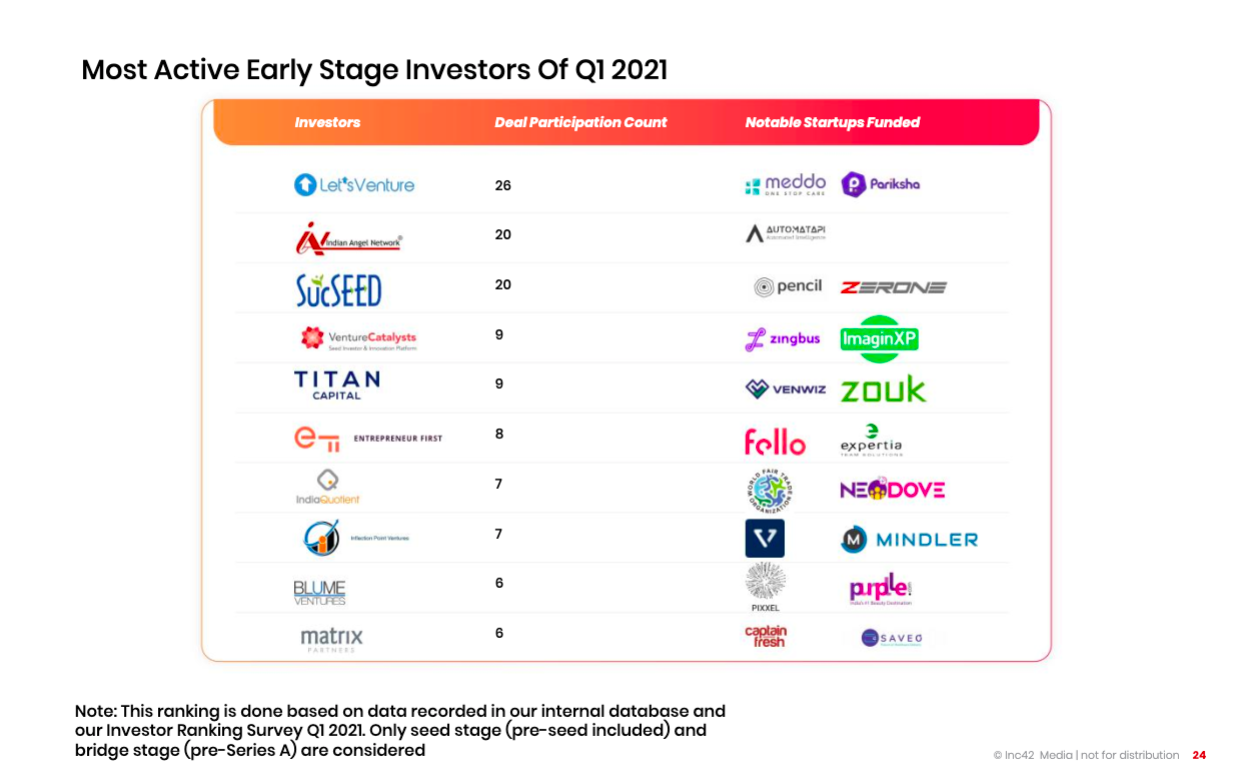 While the overall output of funding was low for the seed stage compared to the previous quarter, early-stage venture capital firms did fuel up for a more active 2021 and the post-pandemic recovery.

The top 10 active investors of Indian startups cumulatively cracked 118 deals. LetsVenture took the lead in the Q1 with 26 early-stage deals, such as its investments Eunimart, BLive, Prescinto, Janani and others. To bring more capital for women-led startups and promote female angel investors, LetsVenture also launched a Women Angel Network.

Sequoia Capital closed its second seed fund at $195 Mn, as a part of its accelerator programme Surge that focuses on Southeast Asian countries including India. India Quotient closed its fourth fund at $80 Mn to invest in direct-to-consumer (D2C), enterprisetech, edtech, fintech and social media startups. Meanwhile, PointOne Capital announced the first close of its maiden fund at $6.6 Mn, with an average ticket size of $133K per startup. 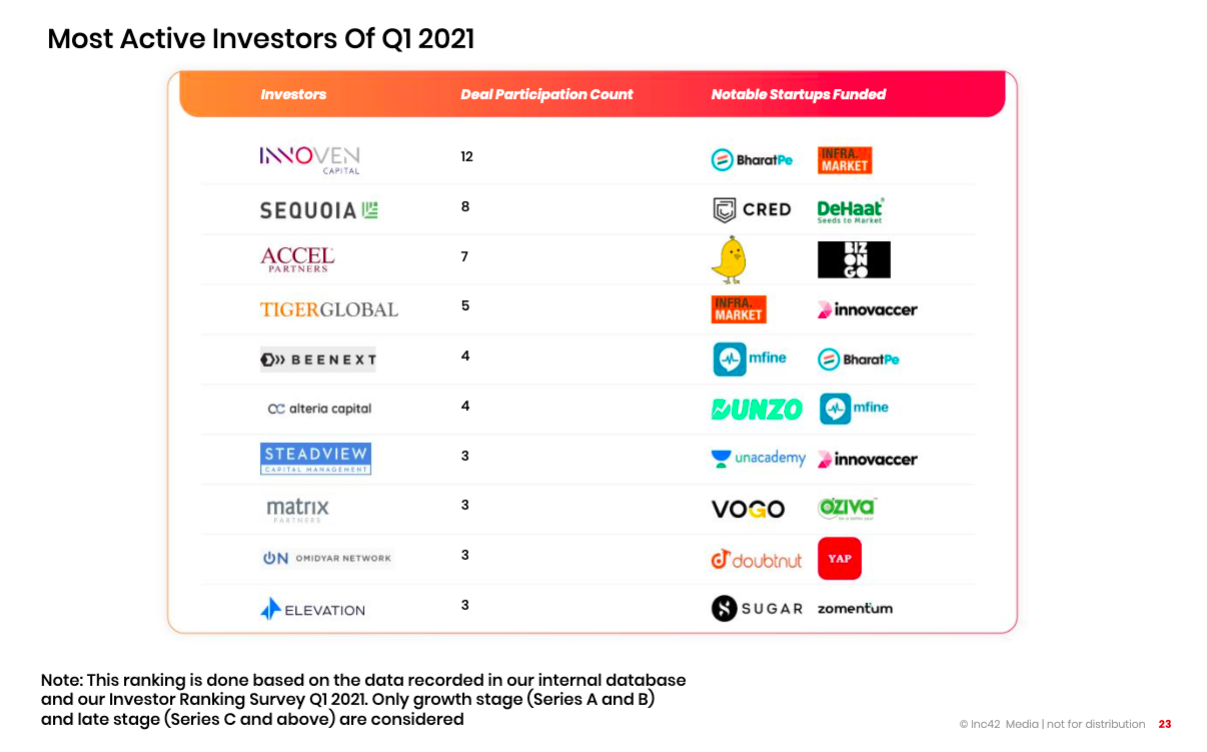 For the first time in almost two years, Sequoia is not the most active investor in the Indian startup ecosystem. The New York-based investment firm has been leading the investment charts in 2019 and 2020, but this quarter Innoven topped the list with 12 deals. The company notably invested in BharatPe’s $108 Mn Series D round, which valued the company at $900 Mn.

As several Indian startups are all prepping up for their initial public offerings (IPO) this year or next, they have started accumulating all the capital they need to fuel their growth. With this, growth-stage and late-stage deals continued to deal with the startup ecosystem’s funding scenario in the first quarter of 2021 as well, with approximately $2.5 Bn coming in across 115 deals. While Zomato has been busy raising funding to go public, Swiggy has been planning to fend off competition coming from Zomato. Nykaa, PolicyBazaar and Delhivery will too be raising these pre-IPO rounds to provide exit to existing investors and keep their war chests ready.

Taking note of these opportunities, venture debt investor Trifecta has taken a turn of sorts by launching an $200 Mn equity fund for IPO-bound companies. The asset management arm of financial services group IIFL, too, launched a similar $276 Mn fund for such late-stage companies. Besides this, Alteria Capital has also closed its fund II at $177 Mn with a sharper focus on late-stage companies that have already managed to establish market presence.