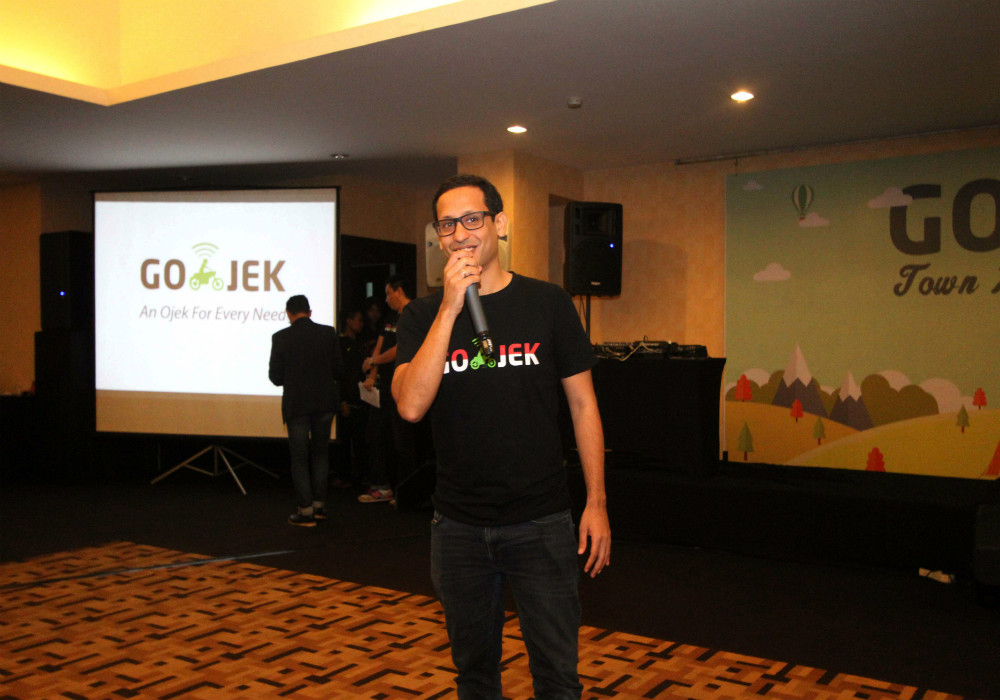 As per media reports, the funding will be used to fuel its project of expanding across Southeast Asia, prominent destinations being Philippines, Thailand, Myanmar and Vietnam and to further compete with Uber and Grab’s presence in the Indonesian region. The startup further plans to improve its digital payments feature and e-wallet, GoPay.

Founded in 2011 by Harvard graduate Nadiem Makarim, Go-Jek began as a bike-taxi service. It later on diversified into food, courier, and grocery delivery verticals. It is the on-demand motorbike taxi service that rivals Uber and Grab in Indonesia. Go-Jek claims to offer 200,000 motorbike drivers — known as “ojeks” in Indonesia. The company’s services include hailing motorbike taxis on demand. In addition to regular rides, Go-Jek offers on-demand services like food, shopping, and package deliveries.

Inc42 had reported earlier this month that Go-Jek was looking to raise $1Bn in funding, as per a report by the Wall Street Journal.

An email sent to the Go-Jek team in India did not elicit a response at the time of publication.

In October 2015, it raised an undisclosed amount from DST Global, NSI Ventures, and Sequoia Capital. Following that, in August 2016, it raised $550 Mn in a round led by KKR & Co.(Kohlberg Kravis Roberts & Co.) and Warburg Pincus. Other investors in the round were existing investors and Capital Group, Farallon Capital Management, Formation Group, Northstar Group, and Rakuten.

The country, with a population of 250 Mn, a bustling tourist network, and its peculiar island geography offers a wide market for online ride aggregators to bank upon. This industry is currently dominated by three main players: Uber, Grab, and Go-Jek.

While Go-Jek has now filled its war chest, the other two are not lagging behind. In order to beat competition and government regulations, towards the end of 2016, Uber entered into a strategic partnership with Indonesian taxi company, Express. The deal gave Uber access to Express’s fleet of more than 11,000 taxis and 17,000 drivers.

On the other hand, in January 2017, Grab launched a ‘Grab 4 Indonesia’ 2020 master plan. The plan aims to work in conjunction with Indonesia’s goal of becoming Southeast Asia’s largest digital economy by 2020. Under the plan, Grab will invest $700 Mn in Indonesia over the next four years. Earlier last month, it also acquired digital payments startup Kudo. The three players are fighting neck-to-neck to capture their share of the Indonesian market.

Go-Jek made its foray in India in early 2016. Till date, it has acquired 4 startups in the country. In February 2016, Go-Jek had acquired two Indian startups, Bengaluru-based software company C42 Engineering and Noida-based CodeIgnition, for an undisclosed amount. In September 2016, Go-Jek acquired Bengaluru-based healthcare marketplace Pianta for an undisclosed amount. Following that, in November 2016, it acquired Pune-based mobile application developer Leftshift.

Bike-sharing is not a very popular concept in India, unlike other Asian countries. Indian ride hailing giants, Ola and Uber had to rollback their bike taxi operations soon after their launch due to regulatory reasons. In a conversation with Inc42, Sidu Ponappa, Head of Engineering, Go-Jek India had said that, for the foreseeable future, India will remain as a product- and tech-base for Go-Jek. The company shows no intentions to enter the Indian market from a business point-of-view.