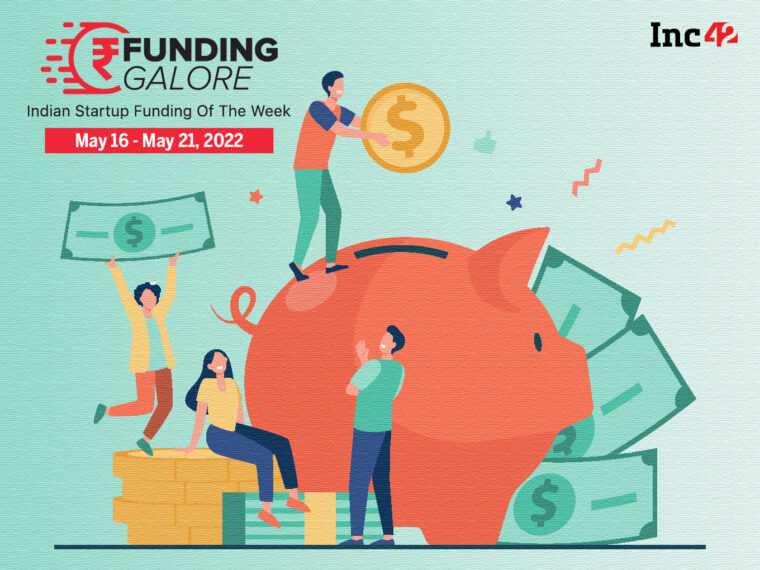 The third week of May saw a slight uptick in funding after witnessing a major dip in funding in the second week. Between May 16 to 21, the Indian startups managed to raise $419 Mn across 26 deals. This is a 5.8% rise from $396 Mn, which the ecosystem managed to raise last week across 33 deals.

The week reported one of the biggest seed round worth $100 Mn in the Indian startup ecosystem. Lenskart’s thrasio style venture Neso Brands bagged the fresh capital infusion from marquee investors such as KKR, SoftBank, Alpha Wave Global, Temasek.

Aman Gupta-led profitable D2C earphone and electronic wearable manufacturers boAt has received approval from market regulator SEBI for its INR 2,000 Cr IPO. According to the draft red herring prospectus (DRHP) of boAt, the startup is going to raise fresh issue of shares worth INR 900 Cr, and an offer-for-sale of up to INR 1,100 Cr.

After getting approval on DRHP by SEBI, digital signature certificate provider eMudhra has filed its red herring prospectus which includes fresh issue shares worth INR 161 Cr. The offer also includes promoters and stakeholders of eMudhra selling 9.8 Mn shares in total. For its public listing, eMudhra has set the price brand at between INR 243-256. It is expected eMudhra is eyeing to raise upto INR 413.24 Cr through public market.