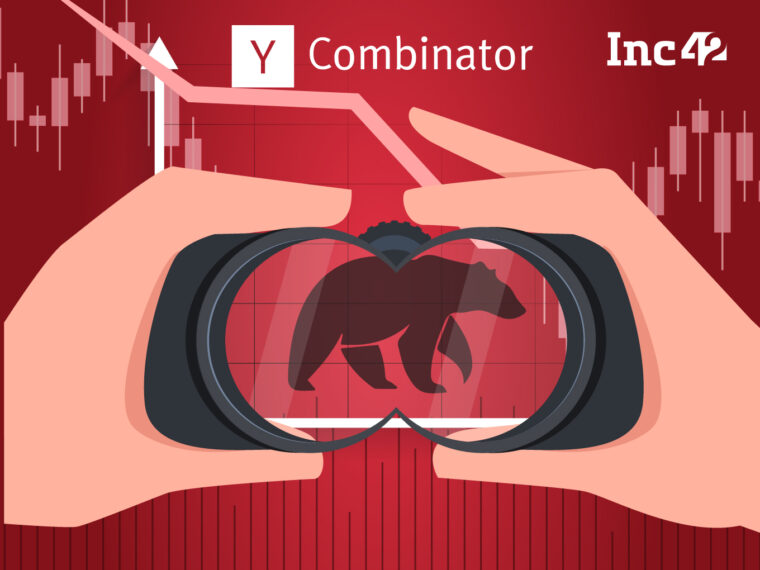 “The safe move is to plan for the worst,” Y Combinator said, telling the startups that Default Alive should be the goal

US-based early stage startup accelerator Y Combinator has issued a list of advisories to backed founders on how to ensure that their startups survive the global downturn in public markets.

The startup accelerator noted that it had met with a lot of startup founders over the course of last week to discuss the course of action to prepare for the market slowdown.

“The safe move is to plan for the worst,” Y Combinator said.

“If the current situation is as bad as the last two economic downturns, the best way to prepare is to cut costs and extend your runway within the next 30 days. Your goal should be to get to Default Alive,” it added. 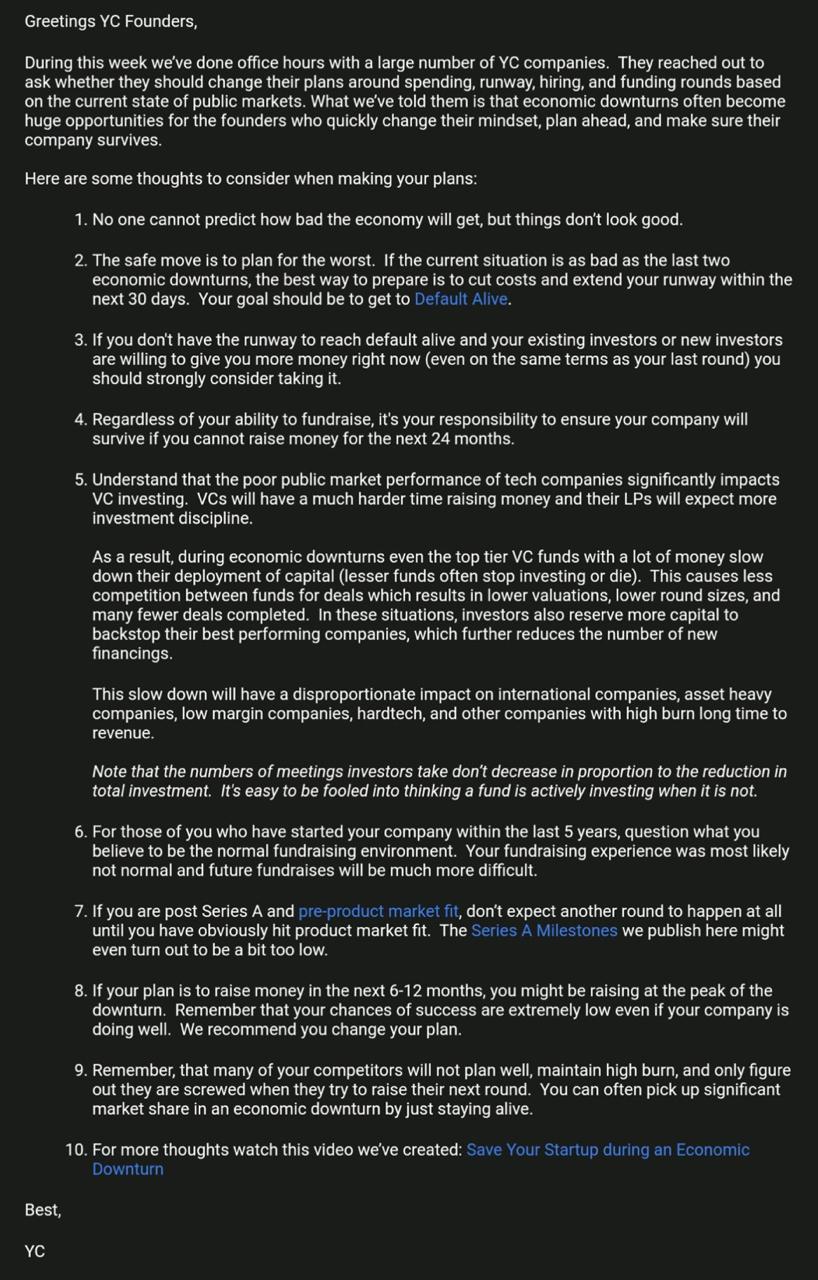 Default Alive is a term first coined by Paul Graham, legendary entrepreneur, investor, writer, and founder of Y Combinator. The term denotes understanding the health of a particular startup.

If a startup is ‘Default Alive’ – it means, the business can achieve profitability with its current resources before running out of money. Conversely, if a startup is not in this condition then it is better termed as, per Graham ‘Default Dead’.

Coming back to the list of advisories from Y Combinator, it further added that it is the responsibility of startup founders to make sure that the company remains alive even if it can’t raise funds in the next 24 months.

Talking further on funding, the startup accelerator noted that reduced meetings with investors do not mean a reduced funding amount. However, the funding amount will reduce in adverse market conditions such as the current ones.

As such, Y Combinator added a point for the startups that are less than five years old, asking them to question what a normal funding environment is.

Incidentally, Indian startups raised $42 Bn in funding last year, a number that was equal to the last 20 quarters combined. This year, so far, the startups have raised $14.3 Bn in funding till April.

April was the slowest month in 2022, with just $2.6 Bn raised and no unicorns minted.

Y Combinator also added that staying alive is the best thing a startup can do right now, as many of the competitors will not plan well. That in turn will give the surviving startups more share of the market and their recovery would be better.

In the end, Y Combinator seems to play the devil’s advocate and sound alarm bells, even though many in the venture capital ecosystem don’t want to do that. But, the writing is already on the walls.

In FY2022, Japanese investment giant SoftBank, which backs tens of unicorns in India, posted a loss of $13 Bn as many of its massive bets did not pay off. Last fiscal, it had notched up record profits, showing that a large-scale market correction is going on right now.

SoftBank CEO Son Masayoshi said that the Japanese conglomerate might reduce its investments by 50% or 25% in the next quarter.