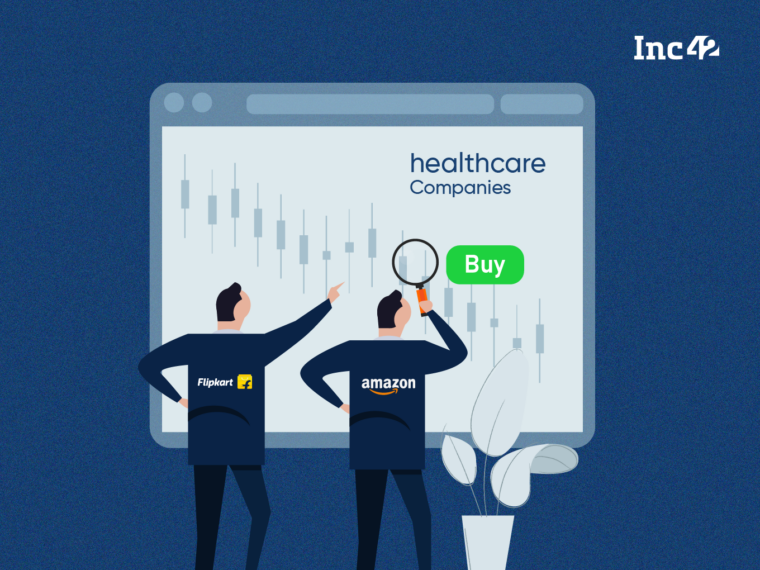 Amazon has also held preliminary talks with the diagnostics chain

Ecommerce giants Flipkart and Amazon are among the investors in talks to acquire a minority stake in Mumbai-based diagnostics chain Metropolis Healthcare which is looking to raise $300 Mn.

The healthcare chain is in early talks with multiple investors for the fundraise, Bloomberg reported. The deal would include issuance of fresh shares as well selling of shares by some of the existing investors, including its managing director Ameera Shah.

While Flipkart and Apollo Hospitals have inked a non-disclosure agreement with Metropolis Healthcare, Amazon has held preliminary talks with the diagnostics chain, the report said. It has also signed similar agreements with global funds including KKR & Co., TPG Inc. and Barings, while discussions are going on with Blackstone Inc.

Flipkart and Amazon are aggressively looking to expand their healthcare segment in India.

Meanwhile, Amazon has also carved its niche in the online healthcare market. With the onset of COVID-19, the ecommerce giant shifted its focus toward the country’s healthcare sector by working closely with local sellers to address the growing demand for healthcare products. For this, it also boosted its seller-focussed accelerator programme in 2020.

According to an Inc42 report, the Indian healthtech market is estimated to reach $21 Bn by 2025, while the country’s preventive healthcare market is anticipated to touch $170 Bn by 2025.