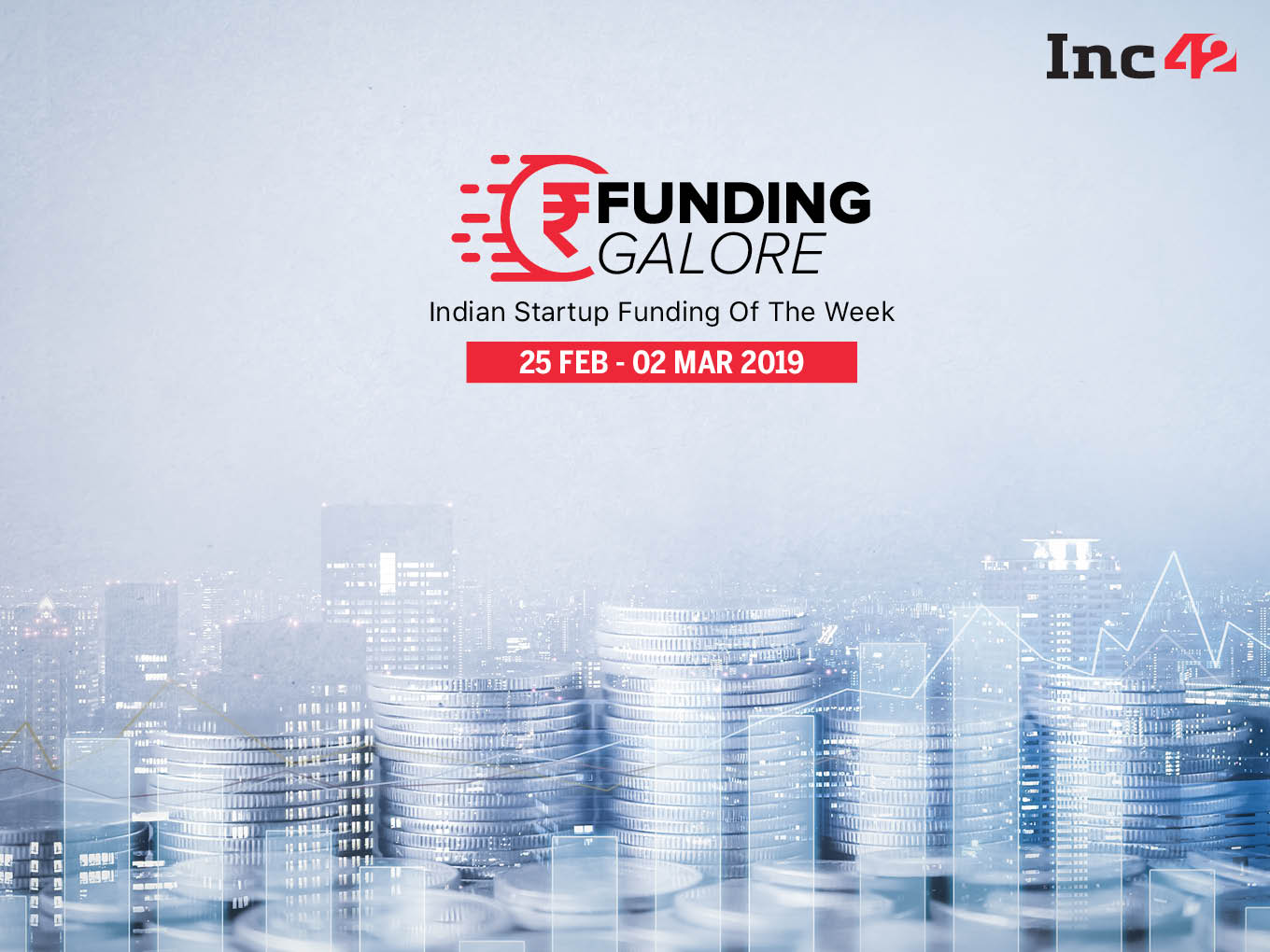 This week the thrill of biggest fundings came to the three major players: Zomato, Ola and Grofers. Gurugram-headquartered Zomato raised $62 Mn in Series I round led by Delivery Hero, with participation from Shunwei Capital and Saturn Shine.

And yes, Ola Electric, Ola’s new e-mobility dream, has raised $56 Mn (INR 400 Cr) from old investors such as Tiger Global. The company will be led by Ola executives Anand Shah and Ankit Jain and is primarily focused on deploying charging and battery swapping networks focused on the commercial electric vehicle segment.

In all this week, 15 startups raised $193.72 Mn funding and one startup acquisition took place in the Indian startup ecosystem altogether. (This funding report is based on startups that disclosed funding amount.)

The Man Company: Gurugram-based men’s grooming startup The Man Company raised a second tranche of funding from its existing investor, Kolkata-based FMCG company Emami. With this deal, Emami’s stake in the startup rose to 30%.

HomeLane: Bengaluru-based online home furnishing startup HomeLane has raised $4.56 Mn (INR 32.8 Cr) in a bridge round from JSW Ventures, Sequoia and Accel. The company said it will use the funds to fuel expansion of HomeLane experience centers in existing and new markets. A chunk of the funds will also be utilised to boost technology and brand strengthening.

NIRAMAI: Bengaluru-based NIRAMAI Health Analytix raised $6 Mn in Series A round funding led by a Japanese venture capital firm Dream Incubator. Its existing investors, including pi Ventures, Ankur Capital, Axilor Ventures, Binny Bansal, and BEENEXT, also participated in the startup’s latest funding round.  It is gearing up to scale its artificial intelligence (AI)-driven solution that detects cancer and abnormalities, across India and also expand its employee headcount.

Bulbul Apps: Hyderabad-based edtech startup Bulbul apps raised $493K (INR 3.5 Cr) in a fresh funding from Xseed Partners, Operator VC, Anblicks and Infolob. The company will use the funds to build its B2B2C market that is showing tremendous promise with an aim to serve a growing number of paid parents, subscribers.

Aidia Technovations: Mumbai-based Aidia Technovations raised an undisclosed amount of funding from a group of investors. It plans to use the fresh funds for team expansion, technology, content creation, legend onboarding and branding for its co-curricular marketplace, imd1 (I Am The 1).

CloudSEK: Bengaluru-based AI digital risk management and cybersecurity platform CloudSEK raised an undisclosed amount of funding from IDFC Parampara. The fresh funds will be used to evolve its product Xvigil and expand its footprints in India and South East Asia.

Artivatic.ai: Bengaluru-based Artivatic.ai raised an undisclosed amount of funding from Indian Angel Network. It will use the funds or Business Development, infrastructure enhancement and Research & Development. IAN member Rajesh Relan has joined Artivatic as a board member post the investment.

Fingerlix: Mumbai-headquartered foodtech startup Fingerlix raised $4.39 Mn (INR 31.2 Cr) in Series C funding from Swiggy. With a growing presence in the top six metros, the Fingelix aims to be an integral part of the everyday tasty dining experience in Indian homes.