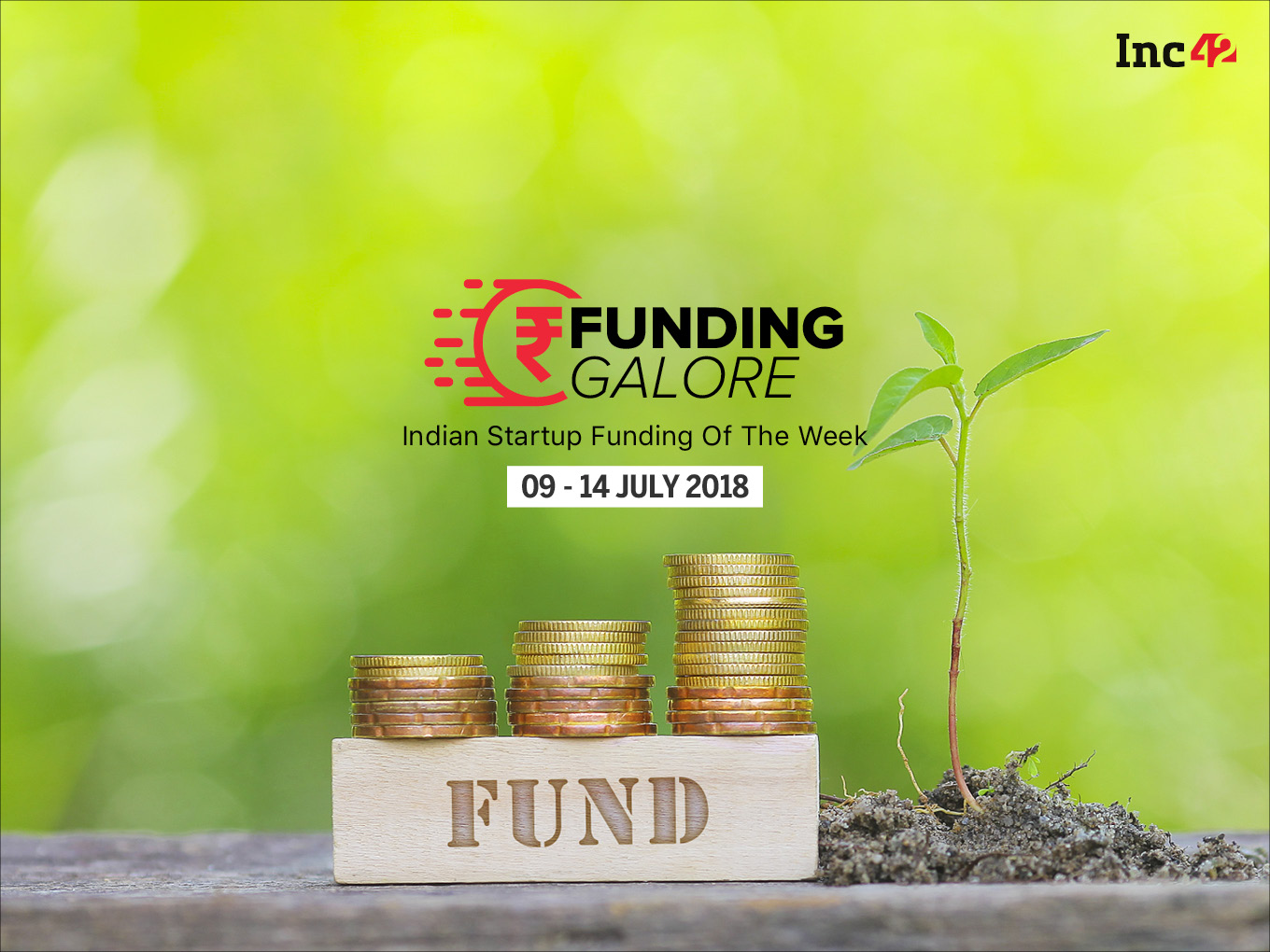 Two of the biggest funding in the Indian startup ecosystem this week was raised IndiaLends and Headout, both raising $10 Mn.

Further, the Chinese venture capital firm Ganesh Ventures announced its entry into India with plans to invest $250 Mn in Indian startups. The venture capital firm is seeking to build a strong network of Indian entrepreneurs and Chinese investors and entrepreneurs. The firm aims to invest this amount in Indian startups across sectors like TMT, consumer products, fintech, and healthtech over the next three to five years.

This week 15 startups raised around $32.7 Mn in funding altogether and four startup acquisitions took place in the Indian startup ecosystem. (The startup funding calculations are based on the startups that disclosed funding amount.)

SynThera Biomedical – Pune-based healthcare startup, SynThera Biomedical raised an undisclosed amount of Seed funding from an equity crowdfunding platform 1Crowd and the Biotechnology Industry Research Council (BIRAC) seed scheme. The funding will be used for the expansion and launch of their first line of bone graft substitute products in the market.

Groww– Bengaluru-based Groww raised $1.6 Mn in a pre-series A round of funding from Insignia Ventures Partners, Lightbridge Partners, Kairos with participation from existing investors Mukesh Bansal and Ankit Nagori. The startup plans to use the funding to further strengthen its technology and build scalable growth channels.

IndiaLends – Delhi-based consumer lending startup IndiaLends raised $10 Mn in a Series B round of funding. The investment was led by London-headquartered asset management firm ACPI Investment Managers and India-focused venture capital firm Ganesh Ventures. Amex ventures, along with the other existing investors in the company, such as DSG Consumer Partners and AdvantEdge Partners, also participated in the latest funding round. The startup will be launching new products such as an app-based line of credit and point-of-sale loans to meet the needs of our customers.

Boodmo– Gururgram-based online marketplace for automobile spare parts Boodmo raised its share capital with an additional $729.6K (INR 5 Cr) worth of investment through FDI from an undisclosed investor. The startup will be expanding its sorting hubs nationally and strengthen its existing operations.

5th Vital: Bengaluru-based healthcare services startup 5th Vital raised $250K from Brand Capital, the Times of India’s strategic investment arm. The company will use the funds for expansion and marketing.

Zippserv– Bengaluru-based real estate risk assessment platform Zippserv raised pre-Series A funding of $440K (INR 3 Cr) from their existing investors, including Info Edge (India) Ltd. ZippServ will use the fresh funds to aid in the expansion of their offerings to Mumbai and Pune in the coming months.

Genext Students– Mumbai-based O2O education solutions providing platform Genext Students raised $250K in a bridge round of funding from a clutch of undisclosed investors. The startup will use the funds raised to fuel its expansion plans in terms of services and markets while it will also make its tech backbone more robust. In terms of tech integration, it will expand the role of AI and other tech tools that will be useful for tutors to deliver much better & measured learning outcomes.

Magic Crate– Bengaluru-based education startup Magic Crate raised an undisclosed amount of money in its third round of funding led by Fireside Ventures and 3one4 Capital. Magic Crate will be using the funds to develop a new range of products, market the brand, and to grow the sales channel.

SmartVizX– Noida-based virtual reality startup SmartVizX raised $1.45 Mn (INR 10 Cr) in a pre-series A funding round led by YourNest Venture Capital along with the participation of the Indian Angel Network’s IAN fund. The funds will be used for scaling up the product team and building additional capabilities to the product, along with international expansion.

Shop101
– Social ecommerce platform Shop101 raised $5 Mn in a funding round led by Stellaris Venture Partners. Others who participated in the funding round were Vy Capital, TaxiForSure co-founder Raghunandan G, and Lispace co-founder Ramakant Sharma. The startup will be using the funds to strengthen its core leadership and product team, scale the supplier network and enhance the technology platform.

Spanugo– Chennai-based Spanugo raised an undisclosed amount of money from the Ideaspring Capital and the Fabric along with strategic angel investors. The funding will be used for product development, go to market and expanding the tech team in India.

McXtra– Mumbai-based digital insurance startup McXtra raised a pre-Series A round of $1.3 Mn funding from a clutch of twelve unnamed investors. The startup will be using the funds to scale up its tech platform and to reach out to more users.

Headout-US and India-based spontaneous experiences provider Headout raised $10 Mn in a Series A Funding round from Nexus Venture Partners. The funds will be used for launching services in 100 cities by 2019, expanding the team worldwide and investing in technology to further enable seamless last-minute mobile reservations for local experiences.

Wishberry– Mumbai-based crowdfunding platform raised $1.4 Mn in a series A round of funding from Reliance Entertainment and 3one4 Capital. The funding will be used to launch crowdfunded film studio for low-budget cinema. Further, the firm will use funds to expand its team, especially to hire experienced talent in the film production and distribution space.

19th Mile– Gurugram-based AI-based field acceleration startup 19th Mile raised a round of angel investments $180K from HNIs. The startup will be using the funds to strengthen its product, bolster technology team, and launch brand awareness initiatives in India and other international markets.

iNICU– New-Delhi based information technology service provider iNICU (Integrated Neo Natal Intensive Care Unit) raised an undisclosed amount of money from Venture Catalysts. The investors included Vishal Jhunjhunwala¸ Vikas Khandelwal, Dipan Dalal and Vikas Kapoor amongst others. The startup will be using the funding to enter into international healthcare market to address the global need with its solution.