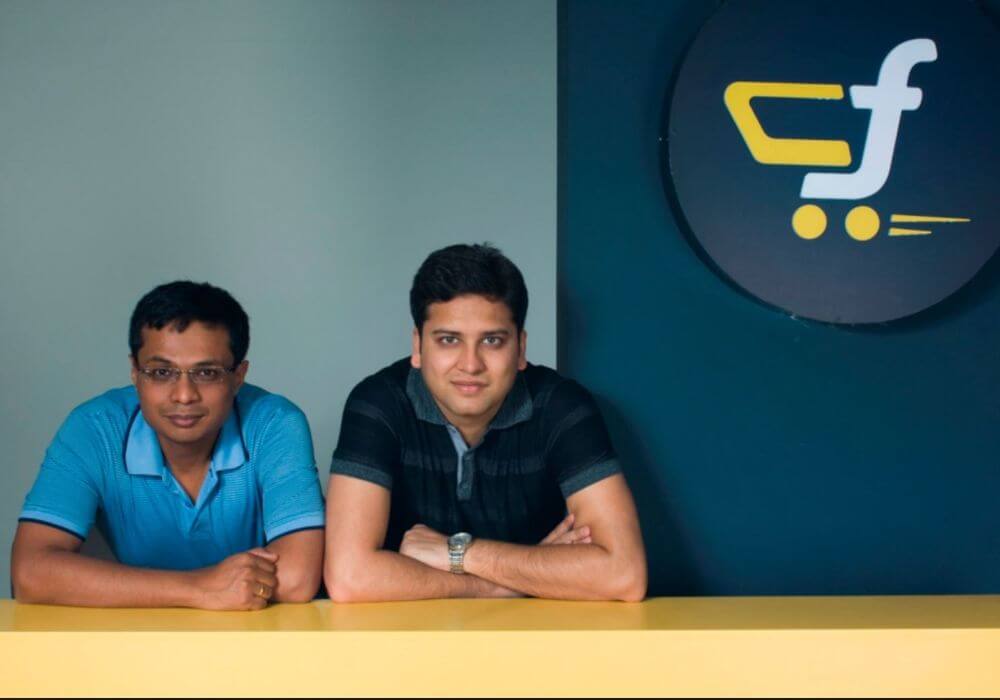 Even after beating Amazon in the first sale of this festive season, homegrown ecommerce giant Flipkart refuses to back down from its unwavering mission to emerge as the champion. To bolster its business against rival Amazon, the Bengaluru-headquartered company is reportedly looking to embark on the diversification route through investment and acquisition.

The development comes days after Flipkart began exploratory discussions with Kishore Biyani to pick up an 8%-10% stake in Future Lifestyle Fashions Ltd (FLF). As per reports, top management from both sides recently met in Mumbai to discuss the matter. Follow-up meetings are due post-Diwali.

Two days prior to that, it was reported that Flipkart was preparing to forge a strategic partnership with online ticketing platform, BookMyShow. If the deal goes through, BookMyShow’s valuation is expected to reach $500 Mn-$700 Mn. The move, according to sources, is aimed at developing an integrated services vertical by bolstering Flipkart’s entertainment and payment offerings against rivals Amazon and Paytm.

Email query sent to Flipkart did not elicit any response till the time of publication.

Since 2015, Flipkart’s growth strategy has primarily revolved around investment an, wherein it sought to act chiefly as a VC firm backing promising new startups and companies. Over the last two years, the ecommerce company has adopted a more aggressive diversification strategy geared mainly towards acquisition.

Among its major buyouts are fashion retailer Myntra (for $310 Mn in 2014), Letsbuy.com (for $20  Mn, shutdown), trucking marketplace BlackBuck, Appiterate, FX Mart, WeRead(shutdown), PhonePe and IT and mobile repair services company F1 Info Solutions, among others.

Earlier this year, Flipkart was engaged in merger talks with rival Snapdeal, which ultimately fell through due to lack of consensus between shareholders.

Commenting about the shift in the company’s growth strategy, a source requesting anonymity said, “Flipkart’s new M&A approach is similar to what the large Chinese internet companies and ventures have done in China over much of the past decade – buy out smaller rivals and pick up strategic stakes in other large internet startups.”

More recently, the ecommerce giant has been hunting for large, strategic alliances with established companies that can directly improve its growth rate. According to the company’s MCA filings dated September, Flipkart raised its reserve for strategic investments and acquisitions to $1.2 Bn (INR 8,000 Cr) from the earlier $460 Mn (INR 3,000 Cr).

The source added, “Flipkart is trying to do two things—firstly, they are ensuring that they reach a size and scale from which they can’t be toppled by even deep-pocketed rivals such as Amazon. Secondly, they are essentially not missing the bus and protecting themselves from disruption.”

This was around the time that Flipkart Group gave a go-ahead to its logistics arm Ekart for investments, acquisitions, and inter-corporate loans. The ecommerce unicorn reportedly allocated $460 Mn (INR 3,000 Cr) to Ekart for the investment deals, as revealed in an August 2017 filing of the parent firm Instakart Services.

After raising over $4 Bn in less than a year from industry leaders like eBay, Microsoft, Tencent, and SoftBank, Flipkart is now busy in shaping its road ahead. From launching Flipkart Global, entering the refurbished smartphones segment, foraying into online grocery, and launching multiple private labels as well as its one-stop hyperlocal mobile app,  Flipkart is working aggressively to bolster its position in the Indian ecommerce space and its war chest against Amazon.

In recent months, the company has invested a significant amount into its subsidiaries such as PhonePe and eKart to ramp up its digital payments and logistics operations. Earlier this month, Flipkart invested $38.7 Mn in PhonePe, in order to maintain its growth rate against the government-owned app BHIM. Soon afterwards, the company poured another  $500 Mn into PhonePe.

This year’s festive season sale saw more than $1.5 Bn worth of sales across ecommerce platforms, with Flipkart claiming the lead position as per a recent RedSeer Consulting report.

At a time when Amazon is foraying into new segments with the launch of Amazon Echo and filing of patents for drone delivery, ecommerce platform Flipkart is looking to expedite growth by acquiring and investing in promising companies. How well the strategy will work in its favour is something that remains to be seen.