Important Developments From The World Of Electric Vehicles [8-14 March] 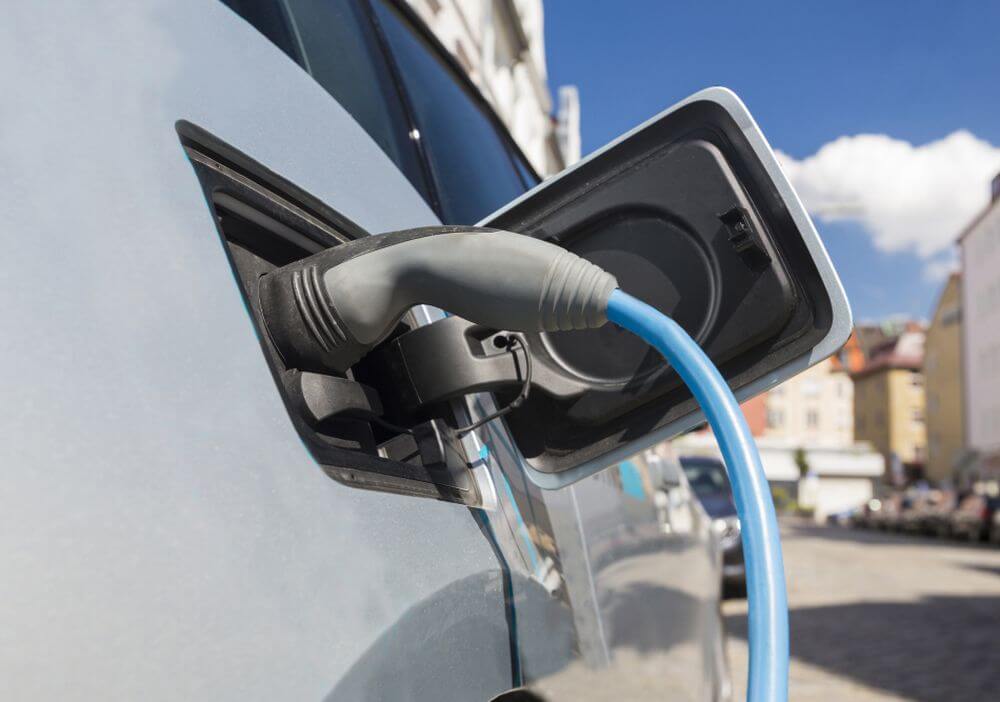 A mass-scale adoption of electric vehicles, for any nation for that matter, is quite a challenging and cost-intensive process that not only requires a robust support infrastructure but also hinges greatly on people’s acceptance of alternative mobility solutions.

In India, while the government is enthusiastically preparing to introduce 6 Mn-7 Mn EVs by 2020, the lack of sufficient charging points and the high costs of battery production has, understandably, slowed down the nationwide adoption of EVs.

While a report by Reuters claims that cab aggregator Ola’s electric vehicle plans have hit a series of roadblocks, another study by independent research organisation A.T. Kearney Energy Transition Institute has predicted that the country’s automotive manufacturers will face challenges as a result of supply shortages of batteries.

In other news, various ministries in India such as the Road Transport and Highways, Heavy Industries and the Ministry of Power will soon release their action plans pertaining to the electric mobility adoption in India.

The interest in EVs, however, has not entirely died down, as evident from the fact that ISRO has decided to offer its low-cost space battery technology to Indian automakers for commercial use in electric vehicles.

Given that so much has been happening in the country’s electric vehicle sector, we bring to you the 16th edition of the weekly EV roundups.

Ministries To Release Their Own Electric Mobility Plan

Various ministries in India such as the Road Transport and Highways, Heavy Industries and the Ministry of Power will soon release their action plans pertaining to the electric mobility adoption in India.

Speaking to Inc42, a Sr. NITI Aayog officer closely working on the development stated, “The adoption of electric vehicles requires coordination among various ministries. Each ministry is doing its task. We are coordinating with the ministries to ensure that the tasks get released in the required shape and frame.”

Explaining it further, he added, “Action plan will be different for different things. For instance, for batteries, charging infrastructure, financial assistance and other components; there will be a different set of action plans. It will be the ministries that have to perform these tasks.”

The decision of dropping an EV policy plan and adopting an action plan instead has been taken owing to the fact that lithium and cobalt, that constitute as key components of the battery for electric vehicles, are largely imported from China. Any hardcore EV policy such as going all-EV by 2030 will only increase the dependency on China, if the alternatives are not explored further.

The Indian Space Research Organisation (ISRO) is reportedly gearing up to offer its low-cost space battery technology to the Indian automobile industry for commercial use in electric vehicles.

Confirming the development, ISRO Chairman Dr. K Sivan said, “We have identified (developed) the technology to reduce the cost of space batteries to be used for e-vehicle production. Now, we are in the process of transferring the technology on low-cost batteries to the (automobile) industry for its commercial use with the help of NITI Aayog.”

“ISRO has developed four types of cells for space applications—1.5Ah, 5Ah, 50Ah and 100Ah. Out of the four cells, Isro had earlier allowed Automotive Research Association of India (an industrial automobile research association) to use 50Ah and 100Ah cells for developing prototypes of an e-scooter and an e-car, respectively. ARAI was satisfied with the performance of these prototypes,” Sivan added.

Earlier, in January 2018, a panel led by Cabinet Secretary P. K. Sinha advocated the commercial use of ISRO’s lithium-ion battery technology for electric vehicles under the “Make in India” initiative.

The Society of Manufacturers of Electric Vehicles (SMEV) has urged the government-run think tank NITI Aayog and the Ministry of Heavy Industries to focus on promoting electric two-wheelers, three-wheelers and four-wheelers (cabs), at least during the initial part of the transition to all electric vehicles.

As suggested by the lobby group, the subsidy offered by the Indian government can be used most efficiently if the initial focus in on facilitating the adoption of electric two-wheelers, three-wheelers and cars. Once a robust charging infrastructure is in place, the country’s bus segment can also make the switch.

Commenting on the development, an SMEV official requesting anonymity said, “Members of the SMEV met the officials of the NITI Aayog in the last week of February and submitted presentation and suggestions based on that. They welcomed our ideas and have asked for more information about emission and efficiency of the electric two and three wheelers which we will provide in the days to come.”

The Indian government plans to introduce 6 Mn-7 Mn electric vehicles by 2020, the country’s Vice President Venkaiah Naidu said recently. The move, according to Naidu, is aimed at reducing pollution levels.

Speaking during a recent media interaction, the Vice President of India said, “The Indian electrical equipment industry consists of generation, transmission, distribution and allied equipment. Energy storage technology is needed to not only create a more resilient infrastructure but also to bring down costs.”

Fast forward to March 2018 and a number of Ola drivers have expressed their dissatisfaction, primarily due to long wait times at charging stations and high operating costs, reports Reuters. As per the publication, several of these drivers have already returned their electric taxis and switched to diesel variants.

Originally at the time of launch, the company had committed to set up 50 charging points across four locations in Nagpur, but has only managed to install around 22 EV charging stations in the city, the Reuters report added. An email query sent by Inc42 did not elicit a timely response from Ola’s communication team.

Last year, in November, Ola joined hands with Indian Oil to launch India’s first EV charging station in Nagpur. The charging station is located at one of Indian Oil’s petrol/diesel stations in the orange city. Around the same time, reports surfaced that the cab aggregator was looking to forge an alliance with Tata Motors to launch an EV version of Nano on its fleet.

The Indian subsidiary of Taiwan-based Delta Group, Delta Electronics India, has launched its range of energy-efficient EV charging solutions in India. During the Elecrama 2018, the company showcased its portfolio of EV solutions with DC Quick, AC chargers and site management systems.

As per sources, these chargers can be installed in different locations such as parking spaces, highway service, as well as residential and commercial buildings.

Speaking at the event, Hsieh Shen-Yen, President of Delta Electronics (Thailand) PCL said, “In line with our vision to be a strong catalyst and partner in India’s growth story, we are also announcing our fourth manufacturing plant in the country today. This is a testimony to our commitment to the “Make In India” initiative. Delta’s goal is to develop sustainable and energy efficient integrated solution offerings in India, for India, that will offer immense employment opportunities across the geography.”

Dalip Sharma, Managing Director of Delta Electronics India added that swappable batteries are not the right choice for big vehicles like cars and buses, and are instead best suited for electric scooters and rickshaws. He explained, “Swappable batteries are not successful in China, where we have a maximum number of electric buses. This concept works well for electric rickshaws and scooters, and not for cars and buses.”

“The simple reason is batteries in big vehicles will have high current and safety issues. A loose connection in a swappable battery can lead to risking the bus and its people inside. And it is a failure worldwide. It is difficult to say that it will work in India due to practical challenges,” Sharma further stated.

Indian Automakers To Face Changes Due To Shortage Of Batteries: Report

The country’s automotive manufacturers will likely have to face challenges as a result of supply shortages of natural resources required for the production of EV battery, as per a recent report by independent research organisation A.T. Kearney Energy Transition Institute.

Elaborating further, Abhishek Poddar, Partner, Energy and Process Industries at AT Kearney India said, “It is critical that India takes into account the practical aspects related to EV rollout, as it defines its long-term strategy for the sector. The problem is further complicated by the fact that we have limited availability of the natural resources required for Lithium-ion battery manufacturing.”

“Electric car batteries rely on a host of rare materials – from lithium and nickel to cobalt. Battery makers around the world are struggling to secure supplies of these key ingredients as demand outstrips supply. This undoubtedly places pressure on carmakers, so the hunt for alternative technologies is on,” explained Romain Debarre, MD at A.T. Kearney Energy Transition Institute.

In a related development, the government has recently said that the lack of a robust charging infrastructure, as well as the high costs and insufficient manufacturing of lithium-ion batteries, is slowing down the adoption of electric vehicles in the country.

Volkswagen Group To Produce EVs At 16 Locations Globally By 2022

Germany-headquartered automotive giant Volkswagen has announced that about 16 locations across the globe will act as production sites of the company’s battery-powered vehicles by 2022. This is in line with the company’s aim to massively increase its production capacity in the EV segment.

He added, “Over the last few months, we have pulled out all the stops to implement ‘Roadmap E’ with the necessary speed and determination.” Earlier, the company announced its plans to increase its manufacturing capacity to 3 Mn electric vehicles annually by 2025.

While the government is keen on putting 6 Mn-7 Mn electric vehicles on the roads by 2020, as iterated by Vice President Venkaiah Naidu, to be able to achieve the feat, it has to ensure that a robust charging infrastructure is in place to support the running of EVs in the country. Additionally, India has to significantly enhance its battery manufacturing prowess, which might be challenging due to the high costs and lack of availability of natural resources.

However, with organisations like ISRO offering its technologies for low-cost production of Li-ion batteries, the shift to electric vehicles could potentially help India save up to $300 Bn (INR 20 Lakh Cr) in oil imports and nearly 1 gigatonne of carbon dioxide emissions by 2030, as per a recent report by FICCI and Rocky Mountain Institute.