In Other News, Nitin Gadkari Has Criticised NITI Aayog’s Decision To Nominate Itself As Implementing Agency Of EV Policy 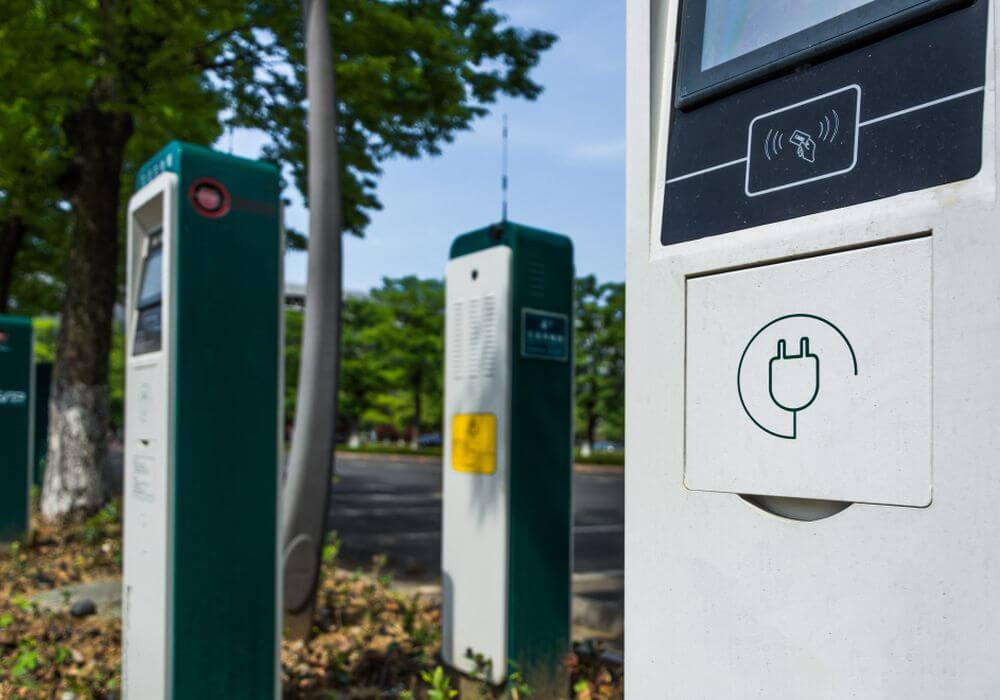 Homegrown cab aggregator Ola has announced the launch of the country’s first electric vehicle charging station in Nagpur, in collaboration with state-run Indian Oil Corporation (IOC). In another development, Nitin Gadkari, the Union Minister for Road Transport and Highways, has voiced his objection to NITI Aayog’s decision to nominate itself as the implementing agency for the government’s 100% electric vehicle mobility mission.

Commenting on the feat, Murali Srinivasan, Executive Director of Indian Oil, stated, “As India’s leading oil refiner and marketer, IndianOil considers promoting ecological sustainability as part of its core business. Thus, this partnership with Ola is the right step forward as we re-imagine how India will commute in the coming years.”

“We applaud Ola for building the Electric Vehicle eco-system from a nascent stage in Nagpur and are happy to partner with them in their efforts. EVs have the ability to solve some of the key issues we are currently facing with respect to vehicular pollution and air quality; and as a large-scale mobility platform, Ola can bring about a catalytic change,” he said during the launch in Nagpur.

In May, the orange city became the first in India to introduce a fleet of 200 electric vehicles, including taxis, buses, e-rickshaw and autos, for public transport. While Mahindra Motors announced that it would be supplying 100 e2O Plus electric vehicles, Nagpur authorities procured the remaining 100 vehicles from Tata Motors, Kinetic, US electric vehicle maker Build Your Dreams (BYD), and TVS, among others.

Ola founder and CEO Bhavish Aggarwal had said at the launch, “India has the need as well as the potential to set a global example of electric adoption to power its mobility needs. We are excited about how this could transform the mobility experience for millions of citizens, unlock immense opportunity for driver partners and positively impact the environment and quality of life in our cities. We believe that Electric Mobility in a multi-modal format will be key towards realising our mission of building mobility for a billion Indians.”

A couple of months late, its chief investor SoftBank revealed plans to pivot Ola into an electric car manufacturer. To that end, the Japanese investment giant was looking to team up Ola and global car maker, Toyota. It was reported that while  Ola would continue its cab-sharing business, it would also focus on  capturing the potential electric vehicles market and opportunity in India.

What Role Does NITI Aayog Play In The Government EV Mission?

During a recent media interaction, Nitin Gadkari, said, “NITI Aayog’s role is to develop good policies and they should do that. They should not become an implementing agency. Implementation should be given to anybody deemed to be fit by the Cabinet.”

According to Gadkari, while the effort to bring all electric vehicle-related issues under the same roof is a welcome move, the think tank does not have the power to make the final decision as to who should be implementing the government’s electric vehicle policies.

It can, however, suggest names as part of its policy recommendations. The final call lies with the Cabinet, Gadkari added.

Stating that the minister raised a total of three to four objections, a source requesting anonymity said, “The road ministry has also objected to some other provisions of the NITI Aayog policy. These include the formation of a committee under the finance minister to prepare the road map for the policy. We have suggested that ministries which are stakeholders in the EV mission plan should be made part of this committee which at present is not there. These include ministries of heavy industries, transportation, power, etc.”

The latest development comes at a time when NITI Aayog is working on an Electric Vehicle Policy aimed at expediting the adoption of personal as well as commercial electric vehicles, as part of the government’s plans to switch to 100% EVs by 2030.

As per reports, the government-appointed think tank invited various ministries of the central government to offer their suggestions and comments on the draft Electric Vehicle Policy last month.

At the time, an official of the Ministry of Road Transport and Highways said, “They (officials from NITI Aayog) want to promote Make in India through this. They are talking of creating some institutional framework for electric vehicles by creating an Electric Mission under NITI Aayog. The proposal talks about creating a coordination board for electric mobility under the Cabinet Secretary, a National Council for Electric Mobility under the finance minister or someone of that stature,”

Recently, in the second week of November, NITI Aayog released a proposal for a quick pilot to develop EV infrastructure in collaboration with Finland-based clean energy solutions provider AC2SG. As per the proposal, the pilot would help in rapid rollout of charging infrastructure needed to support electric vehicles in the Gurgaon-IGI-South Delhi-Noida corridor.

A week prior to that, the policy think tank announced that it was working with the Indian government to offer incentives on electric vehicles under FAME-1 (Faster Adoption and Manufacturing of Electric Vehicle) till March 2018.

Prior to that, in October, NITI Aayog member V.K. Saraswat said that, for the country to actually make the transition to all-electric cars, the government will have to set up large lithium-ion batteries (LiBs) manufacturing plants to be able to support the mission.

According to a report by the Society of Manufacturers of Electric Vehicles, there has been a 37.5% rise in the sale of EVs in India in recent years. The market for electric vehicles is growing rapidly in India, thanks to the government’s unceasing efforts to make India an all-electric nation by 2030.

Highlighting the need for a robust network of charging stations across the country, Jose Roman, Corporate VP and Global Head of Nissan-owned Datsun, said in a recent media interaction, “It’s a fantastic plan. But it is not the responsibility of car companies alone. The government and customers have to play an equal role. The technology already exists. But the government has to put in place charging infrastructure. India is not a country, it’s a subcontinent. Pan-India electric vehicle infrastructure might not be possible by 2030, but it is doable in at least major cities.”

At present, the cost of setting up a rapid-charging outlet is around $38,245 (INR 25 Lakh), while that of a slow charging station will be around $1,529 (INR 1 Lakh). Once electric vehicles become more mainstream, an area of 3 km will need nearly 300 charging stations with four to five charging slots each.

At this price, building an extensive network of charging stations across Delhi would require an investment of more than $504.7 Mn (INR 3,300 Cr) over the course of five years.

To that end, the government recently held talks with up to 50 domestic and foreign companies, seeking investment to procure charging stations for deployment across the country. Several companies, including Tata Power, ABB, Acme Industries and a couple of Dutch firms reportedly expressed interest in setting up electric charging stations, while Exide Industries, Amron Batteries and Microtek offered to supply batteries. Government-run NTPC and Power Grid Corporation of India were also engaged in talks with DMRC and other entities for setting up charging infrastructure in up to six cities.

A couple of weeks later, the Government of India invited snap bids for EV chargers to ensure adequate charging infrastructure for 500 electric sedans that it would be procuring later this month. As part of the snap bid, the government is looking to procure 300 electric vehicle chargers by today (November 20).

To be able to achieve the ambitious goal of 100% electric vehicles by 2030, the government will double down on its efforts to  build a robust charging station network. The newly-forged partnership with Ola and Indian Oil can be seen as one of the first steps towards that goal. As to Nitin Gadkari and his feud with NITI Aayog, we will have to wait and see who the government entrusts with the responsibility of implementing the government’s electric vehicle policies.