DuckDuckGo, he privacy-oriented search engine, seems to have been blocked by some telcos in India 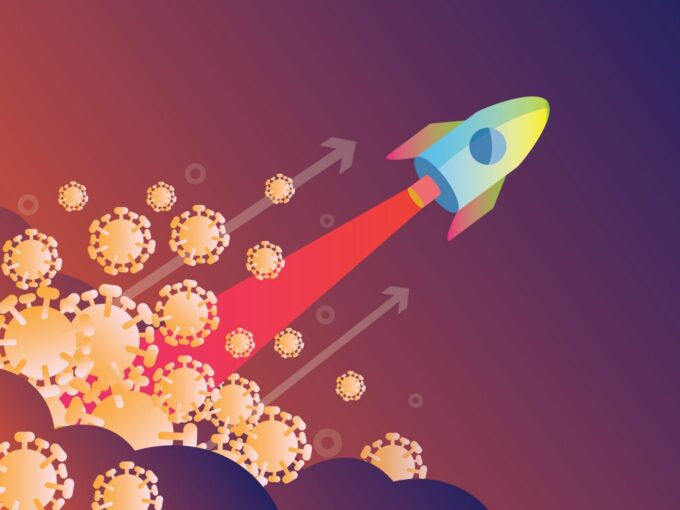 The pandemic and the resultant lockdown affected the digital payments industry as all tour, travel and “non-essential” activities stopped. As the government decided to revive the economy gradually, consumers have found ways to go back to their spending habits. The current UPI numbers are so far the highest transaction the fast payment system has noted.

Further two days after ban on 59 Chinese apps in India, including TikTok, the company said it has encountered an unfortunate challenge in the country and is working with stakeholders to address their concerns, chief executive Kevin Mayer said in a video townhall to employees in India. “TikTok continues to comply with all data privacy and security requirements under Indian law and places the highest importance on user privacy and integrity,” said Mayer.

In the aftermath of the ban, Indian alternatives of TikTok and other social media platforms have seen greater adoption. Sharechat said it has been getting half a million new users an hour since the Indian government announced a ban on 59 Chinese apps. The apps that have been banned include Bytedance-owned Helo, which was a direct competitor of Sharechat in India.

According to Sharechat, the regional social media platform got 15 Mn new users in 36 hours.  With TikTok going offline, Chingari’s viewership almost doubled to 370K users per minute from the 187K users prior to that.

Two days after ByteDance-owned TikTok was banned in India, Indian short video platform Mitron has raised an undisclosed amount of seed funding. The investment has been led by 3one4 Capital and a LetsVenture syndicate list led by Arun Tadanki.

The company said it will use the funds to accelerate its product development roadmap, engage more deeply with a wide network of Indian content creators who are sharing videos on the app, and hire talent to scale the tech infrastructure and prepare for larger user base with deeper engagement.

Founded in 2020 by Shivank Agarwal and Ankit Khandelwal, Mitron app is a short-form social video app that allows users to create, upload, view, and share entertaining short videos. The company has recorded 17 Mn downloads in a span of a few weeks since launch.

At the same time, with investors jumping into the fray in a bid to boost Indian players, it seems interesting times for companies to fill the vacuum created after the ban. Investors like Balaji S Srinivasan, Nexus Venture Partners’ Pratik Poddar and Accel India’s Prayank Swaroop have taken a lead calling Indian innovators to get in touch with them. But not everyone has been so optimistic about this India Inc takeover.

DuckDuckGo, the privacy-oriented search engine, seems to have been blocked in India by certain telecom companies. The development was spotted after several users over the Internet pointed out that they were unable to access the website on their PCs and smartphones via Airtel and Reliance Jio mobile networks. The block is also reported on Airtel broadband connections.

However, neither the government nor telecom operators like Airtel and Reliance Jio have clarified the reasons for blocking DuckDuckGo in India. Meanwhile, DuckDuckGo acknowledged user reports about the issue and noted that the disruption was not from its end. The search engine also said that it was working with ISPs to understand why it was not accessible to some users.

Around 1.29 Mn customer records of ecommerce platform LimeRoad were posted on the Dark Web for sale, US-based cybersecurity firm Cyble said. However, the online marketplace has denied the report. Calling allegations “baseless”, LimeRoad’s cofounder Suchi Mukherjee said, “As of now, only 44 numbers are available for the sample, of which very few can match our users’ numbers. We have no reason to believe anything other than that this is a random selection.”