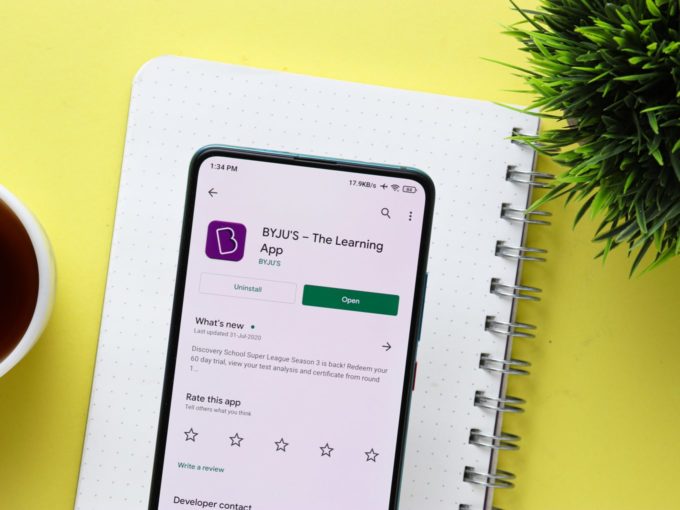 After mopping up more than $800 Mn (in disclosed rounds) in 2020, Bengaluru-based edtech giant BYJU’S is ready to put up a similar show in 2021 by raising another $600 Mn to $700 Mn from new and existing investors at a valuation of a whopping $15 Bn. The startup is said to be in talks with some new as well as existing investors and the round could grow even bigger than the stated amount.

Post this round, BYJU’S will not only continue to remain the highest valued edtech startup in the world, but would also become the second most valued India startup after digital payments giant Paytm, which is currently valued at $16 Bn. The development was first reported by Entrackr.

The Bengaluru-based company, led by Byju Raveendran and , claimed to have added 25 Mn new students to its platform between March 2020 to November 2020, growing its user base to 75 Mn students with 4.2 Mn annual paid subscribers.

Beyond this, BYJU’S has also acquired several startups and businesses to expand its offerings and push its market share and edtech penetration through its subsidiaries. The company had acquired the three-year-old coding for kids startup Whitehat Jr in August 2020 for $300 Mn.

It is now said to be close to acquiring Mumbai-based K12 rival Toppr and test prep giant Aakash Educational Services, which has over 200 physical coaching centres for engineering and medical entrance test prep. The acquisition of Aakash would be the biggest acquisition in the Indian edtech space and would help BYJU’S make a mark even on the traditional and offline education ecosystem.

The Game Of Acquisitions And Market Takeover In Edtech

While BYJU’S is going after the big guns and big funds, it is hard to miss Unacademy’s rapid growth in the Indian edtech context. The company became the second Indian edtech startup to enter the unicorn club last year, after raising more than $150 Mn from Japan-based SoftBank, Tiger Global Management, Dragoneer Investment Group and others. While the company’s valuation took a 5X jump from $400 Mn in February to $2 Bn in November, its user base grew 3x from 13 Mn to 40 Mn in the same time frame.

Just like BYJU’S, Unacademy too relies on acquisitions to get a deeper penetration in the edtech market. The only difference in their edtech strategy is the size of the acquisition. While BYJU’S focuses on fewer but larger acquisitions, Unacademy turns to smaller companies with the potential to disrupt the market. Unacademy has made nine acquisitions so far, six of which were made in 2020 itself.

After acquiring TapChief in February, this week, the company acquired CAT prep platform Handa Ka Funda and has stated in the past that it will continue to acquire users.

While BYJU’S is looking to double down on the K-12 segment and has made inroads in the test prep market as well, Unacademy is targetting a wider play with its end-to-end vision — covering everything from K-12 to test prep to skilling and careers. The acquisition of TapChief also saw the launch of Unacademy Pro, the company’s vertical for higher education, career guidance and placements.