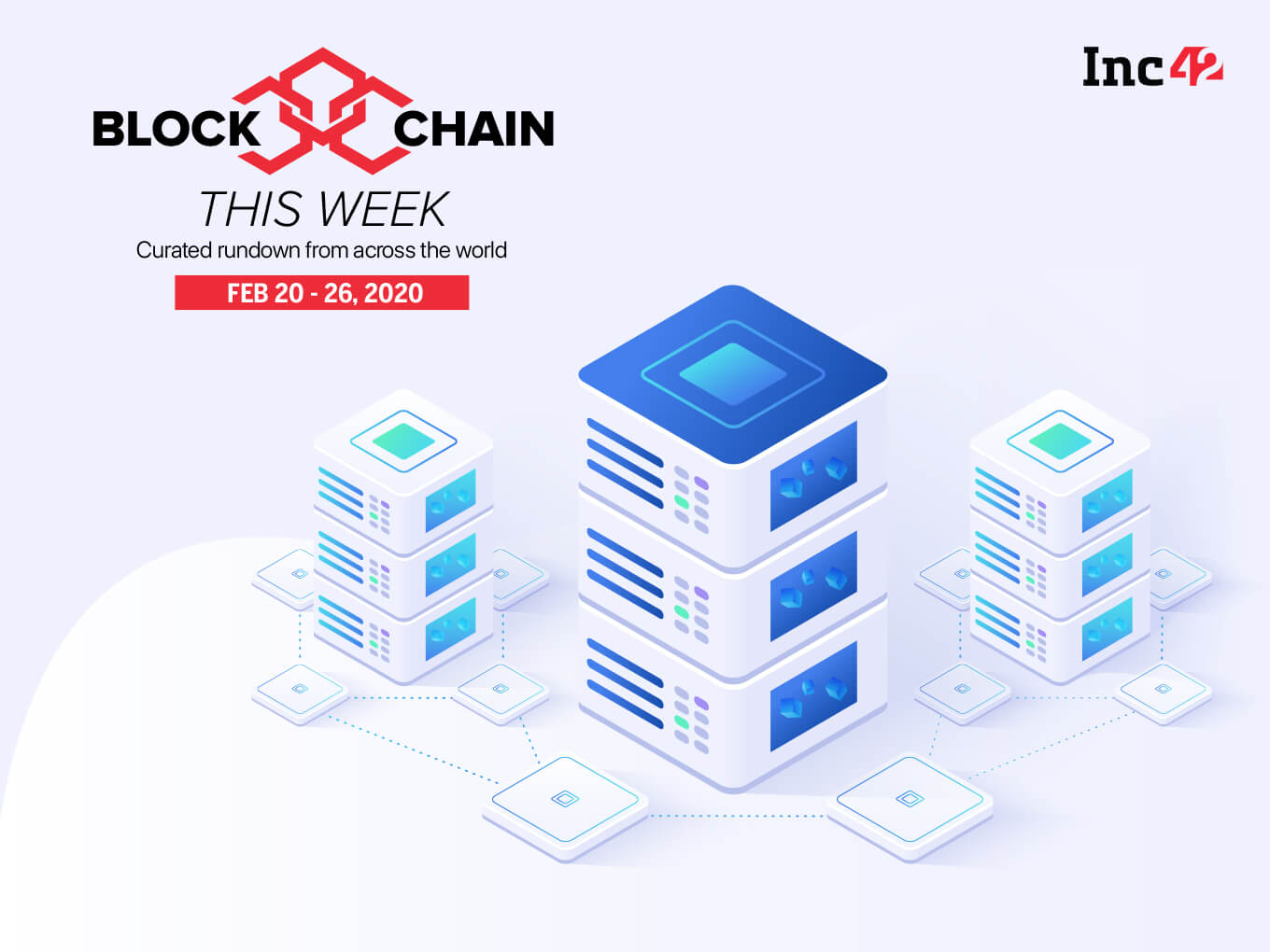 FedEx, GSK, Walmart, Pfizer and others have adopted blockchain to track prescription drugs

The US in its annual ‘Special 301 Report’ on intellectual property protection and review of ‘notorious markets’ for piracy and counterfeiting had reportedly blamed India for its growing problem of counterfeit medicines. According to the United States Trade Representative (USTR), almost 20% of all pharmaceutical goods sold in the Indian market are counterfeit. The Indian pharmaceuticals market is the third-largest market in terms of volume and thirteenth largest in terms of value. This is a strong claim considering the growing pharmaceutical market of India and its decades-old reputation of being the ‘pharmacy to the world.’

In another report by the World Health Organisation (WHO), 35% of fake drugs sold over the world were found to come from India.

Two years ago, Niti Aayog in collaboration with Oracle ran a pilot test where they used blockchain distributed ledger and Internet of Things (IoT) software, in partnership with Apollo Hospitals and Strides Pharma. The pilot test was successfully completed sometime last year.

Recently, Niti Aayog revealed some of the findings and designed and implemented a new system named Drug Authentication and Verification Application (DAVA), based on the GS1 standards for drug tracking and traceability.

“The aim is to improve India’s image as a world leader in the production of safe pharmaceutical products by providing real-time visibility of drugs produced and exported out of India.”

Furthermore, the report highlighted that the DAVA system, which will be rolling out the solution in a phased manner and will include 2000 manufacturers, starting with the participation of large and medium manufacturers, followed by small and medium-scale manufacturers. It has to be noted that NITI Aayog was successful in this initiative with a host of partners in the healthcare and technology domain by leveraging blockchain technology for creating a unified data system.

According to a study conducted by ScienceDirect, the most numbers of papers published related to blockchain applications in the healthcare segment included medical record (48%), followed by personal biosensor data, and personal health records among others. The least amount of research was done in the financial data or medical insurance area which stood at 2%.

Bengaluru-based touch screen kiosk manufacturing company, XIPHIAS recently launched a new blockchain-based platform called XPay.Life which offers an array of digital payment services, including touch screen ATP kiosk, web, mobile app, POS device and others. The platform caters to both B2B as well as B2C segment. The company claims to be providing the highest level of transparency during transactions. It has partnered with leading banks to further expand its reach.

XPay.Life has completed 1 Lakh transactions worth INR 5 Cr, since its beta version launch in 2019. The company offers services across 18+ cities in India with 50K plus pin code locations. In the last ten months, it also claims to have achieved 100% month-on-month growth. In the coming days XPay.Life plans to deploy services for 253 billers and 1 Lakh ATP kiosk, POS devices and mobile vans across Tier 3 and Tier 4 cities in the next three years.

The Food and Drug Administration (FDA) along with leading 24 US pharmaceutical companies, logistics firms, distributors and other stakeholders, including Genentech, FedEx, GSK, Walmart, Pfizer, among others have published a report on the need for industry players to adopt blockchain technology for tracking prescription drugs after successfully completing the DLT pilot project.

The development comes after the FDA had reportedly been working on the MediLedger pilot project in June 2019, which seeks to help the pharma industry meet the 2023 requirements of the Drug Supply Chain Security Act (DSCSA), which makes it compulsory for the pharma ecosystem to be able to track legal changes of ownership of pharmaceutical products in the supply chain and logistics. The report released recommends the use of zero-knowledge proof (ZKP) technology which ensures that all sensitive data of the pharmaceutical industry remain private.

In an attempt to curb money laundering, monitor and organise blockchain transactions smoothly, the French cybersecurity firm Nigma Conseil and the Austrian Institute of Technology (AIT) have developed a new blockchain forensics tool called e-Nigma. The platform provides its users with a way of conducting due diligence investigations in response to know-your-customer (KYC) and anti-money laundering (AML) regulation. The tool has advanced features that identify addresses with real-life identities by scraping through both the clear and dark web.

As cannabis products have become legal in several parts of the US, the state of Vermont in a bid to ensure a secure and smooth transaction has launched a blockchain-based platform called Trace Exchange for hemp buyers and sellers. This platform which has been developed by Trace is said to serve as the management system for the state’s hemp programme under the Vermont Agency of Agriculture, Food & Markets (VAAFM).

Citing the example of China, where it has been instrumental in developing a new digital Yuan, which is regulated by the central bank and Great Britain’s Bank of England’s research work in the development of the blockchain-powered digital currency. At the same time, JPMorgan also cautioned investors about holding Bitcoin and other cryptocurrencies in their investment portfolios, as reported by Bloomberg.