The selected startups include WhatsLoan, RealX and others 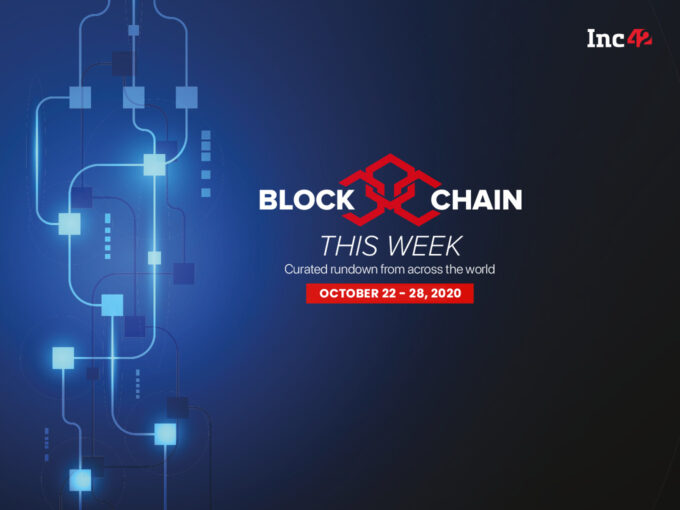 The Software Technology Parks of India (STPI), in partnership with the Ministry of Electronics and Information Technology (MeitY), under its Apiary initiative has selected 23 blockchain startups under ‘Idea Challenge Program,’ for the first cohort, a person close to the advisory committee told Inc42.

The Apiary initiative is a centre of excellence (CoE) in blockchain technology at the STPI backed by MeitY and Government Blockchain Association (GBA). The selected startups include WhatsLoan, RealX and others.

STPI told us it is yet to officially announce the results. However, according to its website, it had received close to over 110 applications for the programme and 44 startups were shortlisted to pitch their blockchain solutions across various categories, including agritech (18), e-governance (14), finance (15), healthcare (16), pharmaceuticals (3), supply chain (26) and others (18).

For instance, blockchain-enabled real estate startup RealX which was selected as part of the first cohort enables customers to buy, sell and gain from fractional ownership in properties, where all property deals, after due diligence, are presented online for expression of interest.

Once the property reaches its sale price, the property goes offline and the sale is executed at the registrar. Post-registration, the same set of records is created on the blockchain-based registry system called PropChain.

Similarly, blockchain-based fintech startup WhatsLoan also part of the cohort offers unique digital financial identity to customers, where it helps them open a bank account, to save money, invest in mutual funds and securities, purchase life, general insurance and other financial instruments across BFSI providers in India.

Previously, during the launch of the programme, the director-general of STPI Omkar Rai said the programme will help startups gain access to mentors, capital, market and infrastructure to focus on developing innovative products and solutions leveraging blockchain technology. At the time, STPI had also said that it plans to incubate close to 100+ startups by 2025.

Founded by Sunoor Kaul and Mayank Dhanuka in 2010, the company has managed to securitise six agri commodities, including wheat, paddy, maise, soybean, cotton and mustard backed by its physical backend capabilities of handling end-to-end supply chain for these commodities.

Origo cofounder Kaul told Inc42 that with the digitisation of the agri commodity trading, the company will be bringing security and transparency in the ecosystem, where institutional investors, banks and FMCG companies will be able to do transactions seamlessly. Read the complete story here.

According to GoodFirms survey revealed that 97.6% of participants chose Hyperledger as a reliable tool, followed by Ethereum which stood at 92.3%, EOS.IO (61.5%), Parity (45.2%) and others. Besides these tools, others also included Multichain, Hedra Hashgraph, R3 Corda, Credits, Solidity and Truffle.

China Accounts For Half Of Blockchain Patents In The World

In a report released last month, China is said to have applied for 4,435 blockchain patents so far, accounting for about half of the world’s total. The report was jointly compiled by Tsinghua University, Peking University and China Institute of Communications and released at the 2020 China International Blockchain Technology and Application Conference in Nanchang, capital of East China’s Jiangxi province.

Chen Xiaohong, an academician at the Chinese Academy of Engineering, said that blockchain alongside other next-generation technology such as big data, internet of things and artificial intelligence will be serving as the foundation of the digital economy.

In a bid to reduce cost and ensure end-to-end traceability solution for tracking mangoes in real-time, the Cooperative Research Centre for Developing Northern Australia (CRCNA) in partnership with one of Australia’s largest mango producers Manbullo to leverage blockchain-based food traceability platform. The platform was developed as part of a smart supply chain pilot project two years back, co-funded by CRCNA, food-traceability blockchain firm Trust Provenance, Manbullo and horticulture firm Growcom.

With this, some of the outcomes of the pilot included access to data, greater product integrity levels, and record-high acceptance rates at supermarkets distribution centres. Richard Shannon, Grocom’s manager policy and advocacy said that better traceability systems will reward farmers with higher returns in the market, that reflects the investment they are making in a much more sustainable, safe and ethical production practices.