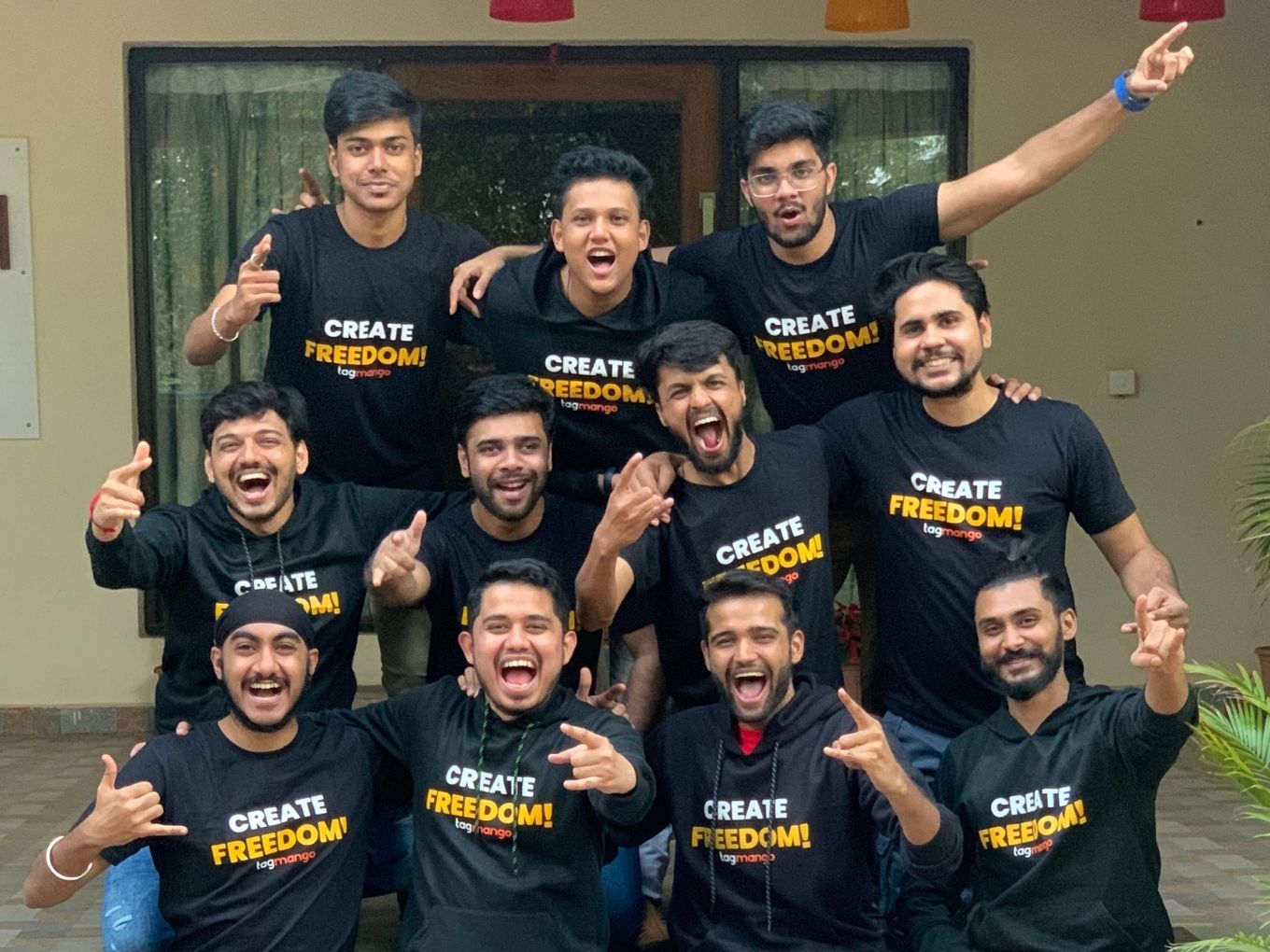 Meet Digital Pratik, a 31-year-old digital consultant and a social media influencer on Instagram with over 2 Lakh followers, who specialises in branding and marketing strategy. He claims to have made about INR 1 Lakh in 14 days by posting an exclusive piece of video content every day and making one-on-one video calls (15 minutes) with his audience.

Another content creator and a comedy podcaster, Paritosh Anand, who has got about 1 Lakh followers on YouTube and 27K followers on Instagram, usually used to make money by doing outsourced projects and collaborating with digital marketers on a freelance basis, earned about INR 50K in 20 days by making personalised, daily morning motivational videos and podcasts.

Similarly, dancer Shipra Sharma, who has about 300K followers on YouTube, made INR 80K by providing dance workshops and hosting classes twice a day, priced at INR 1.8K per person.

What do they all have in common? Well, they have been making a sustainable income through their social media presence and not relying heavily on brand endorsements or influencer marketing. But, how are they monetising?

Paving a way for content creators, influencers and side hustlers to monetise from their skills and creativity is YC-backed TagMango, a creator monetisation platform that offers business tools for creators to set up paid communities by providing one-time and subscription-based services to customers. These subscribers can access the content on tha TagMango app.

Founded by Divyanshu Damani and Mohammad Hasan in 2019, TagMango was soft-launched in October this year. In a short span of time, the company claims to have on boarded 3000+ organic creators with about 50 creators enjoying a million-plus following and 200 creators with 100K+ following across social media platforms, including Instagram, Facebook, Twitter, YouTube and others.

Focussed on Indian creator ecosystem, TagMango currently has users from across various categories, including lifestyle, entrepreneurship, dance, fitness and wellness among others. “Stable revenue for creators was a myth until now, but with our platform, they can now build subscription communities that can help them churn a steady income,” said Damani, who is also somewhat of a social media influencer.

In fact, the idea for the company comes from some of the struggles and pain points identified by the cofounder during his years as a content creator. “Divyanshu, himself has been making INR 15-20K on TagMango,” quipped Hasan, the cofounder and product head of TagMango.

TagMango told Inc42 that in November 2019 it had applied to both Y Combinator and TechStars, two of the world’s most renowned accelerators, and was selected in both. However, the cofounders decided to go ahead with YC. “One of the feedbacks that we received while identifying our business model of monetisation was that we were extremely dependent on other social media platforms so we were asked to build something more independent,” shared Damani, and that it is when the team started focusing on building a one-time subscription model which gives creators to start monetising right off the bat.

Recently, the company also raised INR 5.5 Cr ($750K) in a seed round funding led by Y Combinator, XRM Media, Pioneer Fund, Twitch’s Kevin Lin and other angel investors from the US and the Middle East. The company said that it will be using the fund to enhance its product and expand its creator base. Further, the company told Inc42 that it is also looking to launch its app on Google Play Store and App Store by the end of this month.

“We have minimised the user journey for both subscribers and creators, and ensured to keep it very concise,” said Hasan.

TagMango’s signup process includes a mobile number verification step, creator details, payments details and create service. Once a user has created an account, they get to create as many tags with the desired amount of their choice, which can be shared across social media platforms.

With respect to monetisation for creators, the company said that the entire payment routing is automated, and 90% of the payments goes to creators’ account using a nodal account, while 10% goes to TagMango as commission for processing the transaction. For those unaware, a nodal account is a special bank account required to be opened by businesses (intermediaries) holding money on behalf of vendors and customers.

Similarly, for subscribers, upon mobile number verification, they get access to a variety of creators on the platform where they can choose to subscribe or avail their services with flexible and auto payments options, including debit/credit cards, UPI and others. The services on TagMango are categorized into various categories, including voice call, content and video call services and others.

“We are one of the first adopters of Amazon’s newly launched service called AIVS (Amazon Interactive Video Services),” mentioned Hasan, stating that they are leveraging this to access broadcasting and webinar features instead of developing this in-house. It has to be noted that Y Combinator has a close tie-up with Amazon, which is also one of the reasons that the startup is using this service.

In addition to this, the company said that the users can choose to become creators and subscribers on the platform. “We have intelligently defined the entire system in a manner that the dual profile can automatically switch between the two based on the updates received,” shared Hasan.

As far as TagMango platform, which is still in the beta stage, the front end has been built on react.js and the backend on node.js and MongoDB. In terms of a cloud server, the company is using AWS, along with Netlify for front end deployment. Also, the mobile app, which is still under development, is being built on React Native platform, a hybrid platform for Android as well as iOS.

In terms of privacy, security and safety aspects for creators and subscribers, TagMango said to have everything under control with industry standards in place. For instance, from a security standpoint, it claimed to have the Digital Millennium Copyright Act (DMCA) license to ensure that the content is not copied, thereby making it easier for creators to keep a track and sue someone in the case of plagiarism.

Also, the company claims to have developed an AI and ML algorithm that tracks if all the content are following the privacy and safety guidelines. “We are preparing a tool in-house to ensure all the uploaded content gets moderated,” shared Hasan, highlighting other safety features for creators like self-moderation and others.

In the recent past, a lot of startups have been talking about helping users monetise their content, including gig-worker and freelance platform Refrens, short-video app Bolo Indya, Hubhopper, Hapramp and celebrity/influencer monetisation platforms like Tring, Wysh and Unlu among others. But, they all have different models in place, unlike TagMango which is looking to build a creator monetisation platform from the first step.

Though TagMango claims to be the first of its kind in the country, globally, it competes with creator monetisation players like Patreon (which recently churned close to $2 Bn worth of transactions), followed by UK-based OnlyFans (which has about 85 Mn users, 1 Mn creators and looking to generate more than $2 Bn in sales, with 20% cut in  commission), Buy Me A Coffee and others.

“Everyone has a different approach,” said Damani. According to him, all these platforms are solving the creator monetisation problem. TagMango, on the other hand, is looking beyond the creator ecosystem, and helping users across the country to leverage their social media network to build a strong community of subscribers, earn steady income and scale.

In three weeks of its soft launch, TagMango claims to have done about 3500 transactions and is extremely bullish about its product. The cofounder told Inc42, that it will be adding more creators and celebrities onto its platform in the coming months. As far as customer acquisition cost (CAC) is concerned, the company said that it has been almost zero till now, but in the coming months it looks to get clarity on the same once the marketing activities begin.

“Core focus for us at this point in time, is to focus on enhancing the product and delivering a seamless monetisation experience for creators in the country,” shared Damani, stating that by end of March next year, it is looking to onboard at least 10K creators and doing about $1 Mn in transaction on the platform. “Once we get our initial set of traction in the market, we will probably look into the next round of funding.”