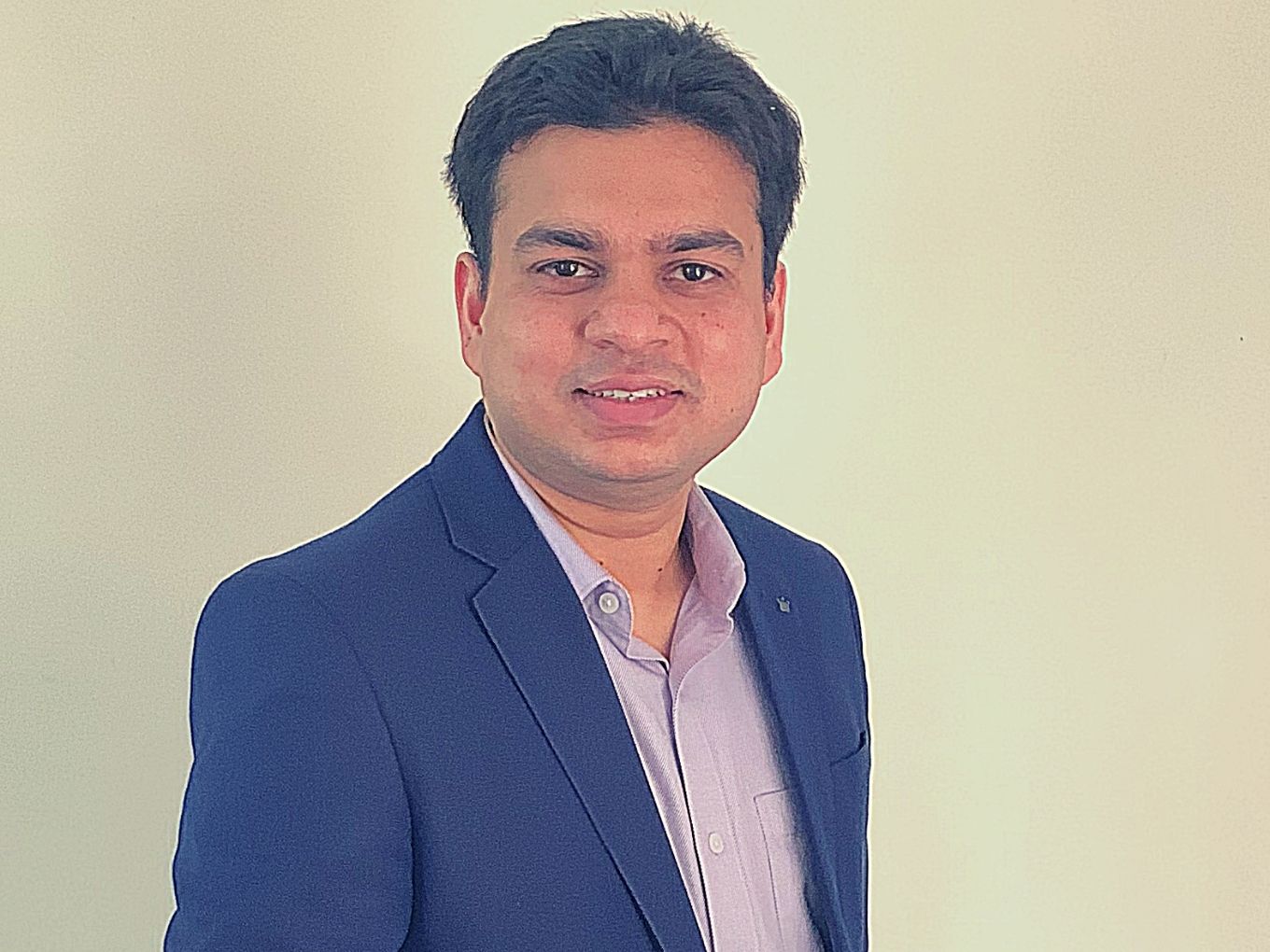 Refrens is currently working on developing a business operating system for freelancers, which helps them manage their end-to-end business operations, right from leads, sales, invoices, payments, tax reports among others

Refrens aims to have 2 Mn freelancers on its platform by 2023, earning anywhere between $20 to $50 a month

The coronavirus pandemic has hit the economy hard and companies across the world are looking at drastic cuts in hiring and spending. But one particular job market that is growing amid rising unemployment rate in the country is the freelance market or independent workers.

The freelancing and gig economy is here to stay and it has now allowed large companies, startups and other organisations to hire multiple freelancers with multiple skills for the price of a single employee. And with pay cuts, hiring freeze and layoffs, even talented job seekers and working professionals are now looking at alternatives and freelance work to leverage their skills and experience, while earning meaningful income from home.

And Bengaluru-based Refrens is looking to become the go-to platform for these new brigade of freelancers and at-home workers. Can the freelance economy unlock India’s skill potential which has been so far taken up by corporate positions?

In the post-Covid market, Refrens has witnessed 1500 freelancers come on board since the launch of its marketplace earlier last month. And founder Naman Sarawagi believes that this demand will keep increasing over the next few months as large businesses continue to opt for remote operations. He claims freelancing will become inevitable in the coming years, as more and more companies are witnessing the cost benefits, alongside the ease and flexibility of outsourcing the work.

“The technology adoption has definitely increased. During the initial days of lockdown, from March till May, the market was completely dry as there was zero or limited work happening, and the entire focus of the country was around healthcare and safety. However, in recent times, as businesses have slowly started to open up, the demand for freelancers has increased,” Sarawagi told Inc42.

Now, with Covid-19 having accelerated the growth of the industry multifold, freelancers are marching towards various marketplaces to explore the opportunity. Bridging the gap between freelancers and businesses, several freelance marketplaces have emerged in the space besides Refrens, including Fiverr, Upwork, Freelancer and Outsourcely among others. 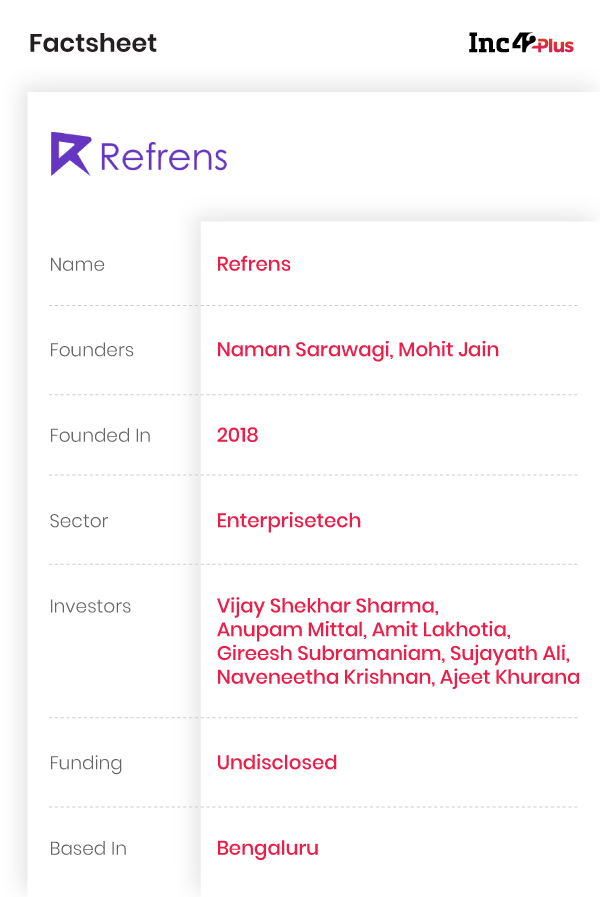 How Refrens Is Solving Payments & Taxation For Freelancers

However, freelancers still face uncertainties such as irregular income and not being paid by the vendors or clients. At the same time, the reliability of freelancers to execute the project is also under question.

Delving into what sets Refrens apart, Sarawagi claimed that it is one of India’s first marketplaces for freelancers that is focused on white-collar workforce in India. Most of the existing platforms cater to the international markets and there are very limited Indian service providers on these platforms. Plus, payments is a huge challenge and Refrens is focussed on solving this through payment collection and invoicing process.

Refrens offers a free web-based SaaS tool that freelancers and businesses can use to manage their end-to-end workflow, including lead generation for new work, invoicing, payments and tax reports among others. Likening Refrens to ecommerce platforms, Sarawagi said that in a freelancing marketplace, once the user avails the service, it is not returnable, therefore the verification of the profiles becomes crucial.

To ensure the credibility of the freelancers, the company does thorough KYC onboarding, leverages artificial intelligence and machine learning tools as well as a profile that lets freelancers showcase their past and ongoing projects and help them generate leads.

For instance, if a third-party company is availing services from a freelancer on Refrens, and if they tend to delay the payment process, it would raise a red flag, and necessary action would be taken. This enhances the credibility of the platform for both the service providers and acquirers, which is not so simple without the help of a platform like Refrens.

Tapping The Global Market for Freelancers

Refrens is currently working on developing a business operating system for freelancers, which helps them manage their end-to-end business operations, right from leads, sales, invoices, payments, tax reports among others.

This is just like managing a business for oneself, which is something that most freelancers never take up because of the cumbersome processes and documentation. Most are content in receiving payments later and using a Chartered Accountant for tax filing, but Refrens is looking to give them control. SaaS products that businesses use often don’t cater to independent workers or freelancers. This is why a platform such as Refrens makes sense for those primarily working freelance.

The company claims to have about 25K freelancers currently from 50 countries and with businesses in 128 countries served. “About 7% of freelancers come from outside India, and we offer one of the cheapest ways to receive international card payments in India for these freelancers,” claimed Sarawagi.

Freelancers are already using Refrens for dollar invoicing, Sarawagi had told Inc42 earlier. The startup covers 37 currencies across 100 countries and uses Cashfree as a payment gateway for domestic transactions. For online payments, it charges a nominal fee of 1.65% on all debit cards or UPI transactions and a 2.3% on credit cards, payment gateways and netbanking.

Going ahead, Refrens plans to add lending and credit facilities for freelancers from partnered banks and fintech companies. This would allow them to buy any equipment or gear needed to continue their work. “By 2023, we will have about 2 Mn freelancers on our platform, earning anywhere between $20 to $50 a month, and helping them get more customers,” the founder told Inc42.