Almost four years after the shutdown of the once-popular social media network Orkut, its founder Orkut Büyükkökten introduced yet another social media app — Hello Network — in April this year. Hello has been conceived to enable users with “authentic interactions” around topics or things they are passionate about.

“There is a need for more authentic and real interactions to bring people closer together. So we launched Hello to make social social again, and also to make social happy again. The most natural way we connect with one another in real life is through the things that we are passionate about. Hello is all about enabling users with authentic interaction around things they are passionate (about),” said Orkut.

He was speaking to a wide audience during the 19th episode of the AMA (Ask Me Anything) FB Live hosted by Inc42 on Thursday.

He promised that Hello would ensure data security and privacy of its users and said there was no scope for fake news on Hello because of its inherent user “reputation” feature that checks sharing of content.

Orkut views India as one of the most significant potential markets for Hello. “India had one of the largest communities on Orkut. People in India are very passionate, friendly, and they are also an early adopters of technologies — all these values resonate among the Indian communities,” Orkut said.

India is The Hello app has seen 35k downloads in India during its beta launch and over 100k users signing up in just three weeks.

‘Hello Is The Spiritual Successor Of Orkut’

Orkut has invented four social networks so far — Club Nexus, inCircle, Orkut and the latest, Hello Network. Explaining the comeback, yet another time with a social media platform, Orkut said, “Social networks don’t connect people to one another the way we connect in real life. It doesn’t bring people closer together.”

“Birthdays are one of the best examples.. In the old days, you’d stop by your friend’s house or call them up over the phone to say ‘Happy Birthday!’ Now, you get status updates,” said Orkut. citing the drawback of social networks.

So, he hit upon the idea of connecting people in a deeper, different manner — by matching their passions — on yet another app.

When a user signs up on Hello, the app asks her/him to select the top-five areas of interest among the list of close to 120. Orkut justified the long list by saying, “When I think about how people interact with their passions in real life, five is a great number that you can keep tabs on.”

Facebook CEO Mark Zuckerberg time and again reiterates he wants to “bring people closer together” through social media. That Facebook has rarely lived up to its promises in recent times — in fact it has sold its soul to the data devil — is common knowledge.

Orkut, however, still seems to believe in the greater good of social media despite these recent fiascos. “I believe with all my heart that social media can bring people together. How happy are we? How safe we are? Whether or not we find our true love — social networks expand those possibilities tremendously. I believe with Hello, we can bring the world closer together,” he asserted.

Whom Did You Meet On Orkut?

A Stanford University PhD scholar in computer science hailing from Turkey, Orkut (43), said he was always social network savvy, “When I joined Google, I wanted to connect people together — that’s how the idea of Orkut started. Initially, the social network grew organically through word of mouth. It didn’t take long for it to reach a global stage.”

“If you go back to the Orkut days, a cross-set community of over 300 Mn people, we saw so many magical connections happen — people connected with friends, they got new jobs, they found love, they even got married,” Orkut said. 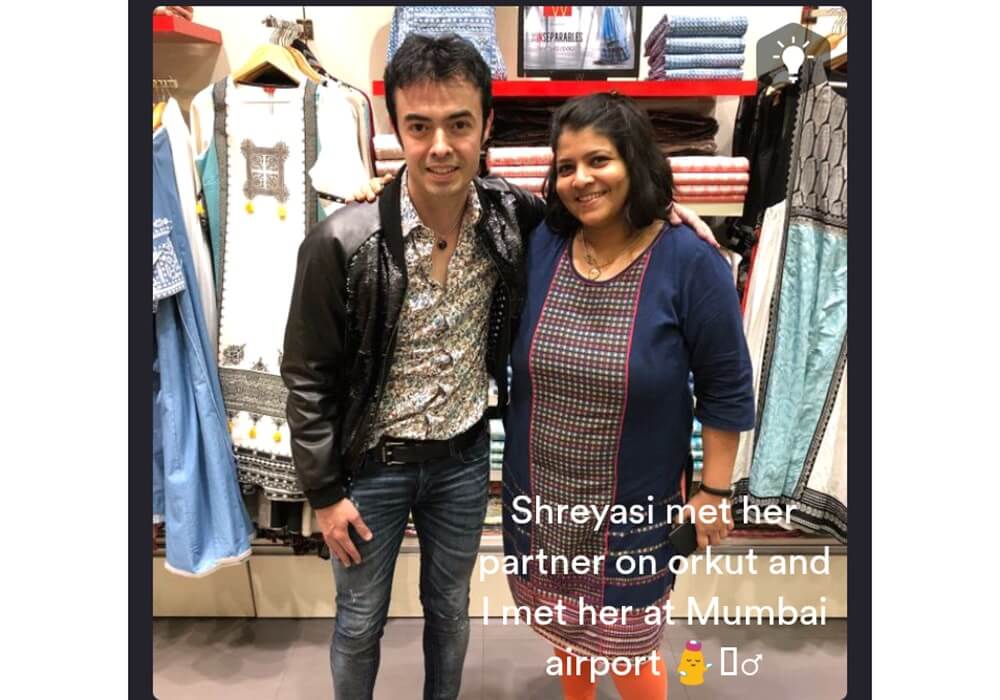 Then came the obvious question. If Orkut was doing well, then why did it shut down?

“The biggest mistake we did with Orkut was that we did not anticipate the initial demand. Its architecture was designed to support 300k users. However, I don’t see Orkut as a failure, but as a social network which catered for that generation. We see Hello as a spiritual successor of Orkut, and a continuation of that journey,” he explained.

The social media veteran had some sound advice for startup entrepreneurs in the space. He said for entrepreneurs looking to start a social network, it is very important to find what benefit they are providing to users. “There has to be a market needs that has not been addressed before. It has to cover early adopted community — who are you bringing to the platform, how are you connecting them, how are you also getting the word out,” he said.

Hello, Your Data Is Safe

It is a known fact that social networks can track your every online move — the searches you run, the clicks you make, the photos and images you look at, the articles you read, whom you call, your emails, your daily commutes, just about everything.

Growing data privacy concerns the world over have given birth to the EU’s new privacy rules, the General Data Protection Regulation (GDPR), effective today (May 25). The GDPR gives European Internet users much greater more control over their data and privacy unlike the past.

Unlike Facebook’s Zuckerberg, Orkut seems to have respect for data security and privacy. Emphasising the importance of protecting user data, Orkut says, “It is so important to get users’ consent before collecting their data. In the past, social networks started prioritising advertisements, third parties, brands, and companies on their platform. Over time, people lost trust over social networks. They even started sharing data with third parties without being open about it. Oftentimes, they hide behind terms of service, privacy and policy, but we all know that’s all in fine print and no one actually reads them.”

While asserting that most social networks don’t care if users are fake as long as they help them grow their user base and prove engagement on their platform, Orkut claimed that Hello has an inherent mechanism to check fake news. “We don’t allow fake accounts on hello. Users are champions on hello”.

“On Hello, we have a reputation system. Over time, when people interact with other people, their reputation goes up and down. When you share content, distribution depends on how much reputation you have. As a result, something like fake news will never happen on Hello because any new random user will not be able to distribute content at a wide level,” said Orkut.

Orkut added that most social networks are not driven to improve user experience and happiness, which is why there are so many fake accounts. “And that is not something that they want to get rid of because it makes their numbers look so good,” he added.

In the aftermath of Facebook-Analytica scandal spurred over data privacy, Facebook released the global statistics on the data it took down for the first time. According to the report, 3-4% of the total monthly active users were using fake accounts. The percentage was consistent in the first quarter of 2018 with a total 583 Mn accounts of 2.19 Bn monthly active users.

When asked to comment on the competition Hello faces from social media giants like Facebook, Orkut said Facebook and Hello Network can co-exist happily on the social networking space because they are not overlapping products.

The man who wants to make social happy again, has strong views on the data privacy mess up created by FB and social media platforms.

“Just apologising to users saying we screwed up is not a valid apology, especially when you have millions of users, their data and their network. You have to keep that very precious. That’s one of the most important assets we have, our network.”

Let’s hope he can clean up the social networking act with Hello.