[Funding Galore] From Meesho To Ola Electric — Over $1.5 Bn Raised By Indian Startups This Week

[Funding Galore] From Meesho To Ola Electric — Over $1.5 Bn Raised By Indian Startups This Week

Indian startups have raised closed to $1.5 Bn across 40 deals this week, a 66% increase than the last week

Hospitality unicorn OYO has filed its DRHP and is set to raise INR 8,430 Cr through its initial public offering 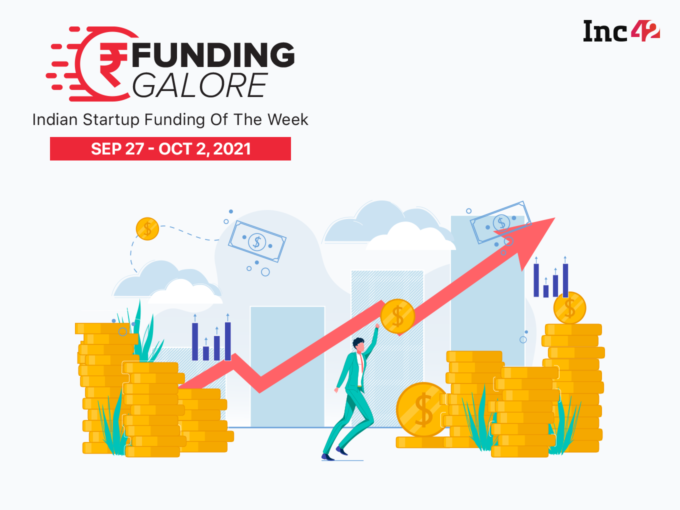 The week’s investment was 66% higher than the last week’s total investment which was close to $900 Mn, and a 163% rise from the week prior.

Apart from the investments, the week also welcomed the 27th unicorn of 2021. Edtech startup Vedantu became the 5th edtech unicorn. Besides, hospitality unicorn OYO has finally filed its DRHP with SEBI for raising INR 8,430 Cr.

The highest funding of this week was raised by social commerce unicorn Meesho. The Bengaluru based unicorn bagged $570 Mn funding round from Fidelity Management, B Capital Group, Footpath Ventures, Trifecta Capital, Good Capital, among others.

Following the round, the company’s valuation has more than doubled from $2.1 Bn to $4.9 Bn in less than five months since it became India’s first social commerce unicorn in April 2021.

B2B ecommerce unicorn Ofbusiness has raised a fresh round of funding worth $200 Mn in its Series F round, doubling its valuation to $3 Bn.

The IPO offer will consist of a primary component which will include an issue of fresh shares worth INR 7,000 Cr and an offer-for-sale, meaning allowing existing investors to offload their shares, amounting to INR 1,430 Cr.

The startup has also appointed Kaushik Dutta (Director, Thought Arbitrage Research Institute) as an independent director as per the SEBI listing regulations, the filings with the ministry of corporate affairs reveal.

Other Development Of The Week