In the second week of 2022, the Indian startup ecosystem raised $697 Mn across 42 deals

The week also reported a total of 14 acquisitions, with Thrasio making its first acquisition in India 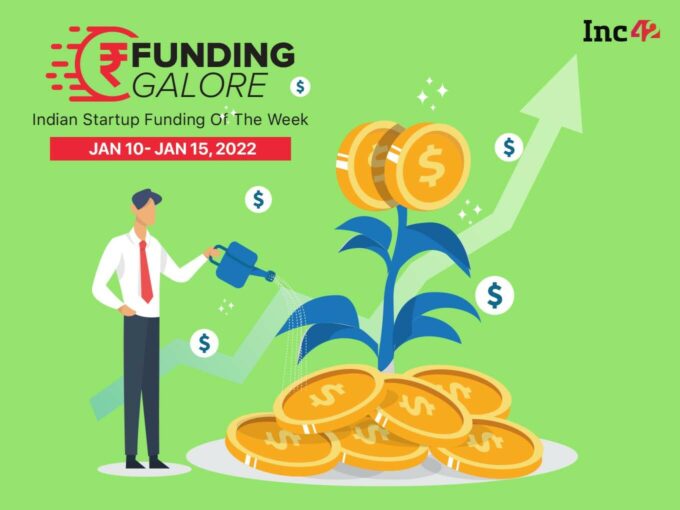 Further adding to the tally of unicorns this year, the week saw Lead as the new entrant to the club, making it the sixth edtech unicorn after BYJU’s, Unacademy, Eruditas, UpGrad, and Vedantu. The 2012 founded startup raised $100 Mn led by WestBridge Capital and GSV Ventures at $1.1 Bn valuation.

The week also saw Chennai-based agritech startup WayCool Foods raising $117 Mn in its Series D round, the highest funding round raised by an agritech startup in India. On Dec 7, 2021, Inc42 had exclusively reported the round will see the entry of NY-based PE firm LightSmith Group in India. LightRock, LightBox, FMO, IFC, Redwood Equity Partners and Gawa Capital participated in the round.

Fintech unicorn Pine Labs is moving ahead with preparations for a US listing. The merchant commerce platform is looking to raise about $500 Mn (down from previous reports suggesting $1 Bn IPO) at $5 Bn-$7 Bn.

Currently valued at $3 Bn, the point of sale (PoS) and merchant commerce solution provider has filed confidentially with the US Securities and Exchange Commission (SEC) for its IPO in New York, according to a Bloomberg report.

The Securities and Exchange Board of India (SEBI) has approved logistics unicorn Delhivery’s plan to file its INR 7,640 Cr initial public offering (IPO).