The round saw participation from Pidilite, Evolvence, NuVentures, Sequoia, Accel and others 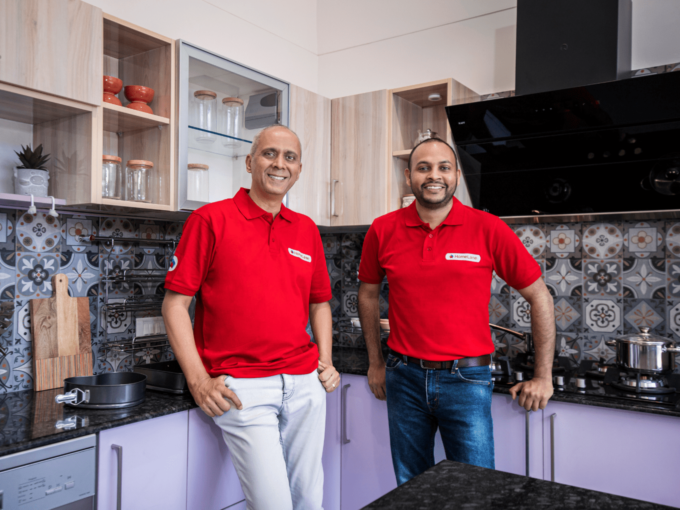 Since the onset of the pandemic, there has been a dramatic change in the buying pattern as people prefer to order everything — from food to furniture – online. The fact is that the global online home decor market, which was valued at $98.4 Bn in 2020, is projected to rise up to $348.3 Bn market by 2030, according to Research and Markets. Similar growth is being projected in the Indian online furniture interiors market too.

In such a scenario, home interior startup HomeLane has announced it has raised $50 Mn (INR 371 Cr) in Series E round led by IIFL AMC’s late-stage tech fund, OIJIF II (Oman India Joint Investment Fund) and existing investor Stride Ventures, that will be channelled into growing the startup’s presence in the organised interior category with strategic expansion into newer markets.

In addition, the startup said it will use a chunk of the funds to further invest in technology to strengthen its consumer-first approach.

Other existing investors Pidilite, Evolvence, NuVentures, Sequoia and Accel, took part in the round. The round comes almost a year after the startup raised over $8.1 Mn in a bridge round from Stride Ventures, Accel Partners, Sequoia Capital, Evolvence India and JSW Ventures.

With the new round, HomeLane has raised more than $104 Mn (INR 765 Cr) in funds over the last seven years.

The startup, which competes with the likes of LivSpace, Kraftinn among others, is targeting a revenue of INR 2500 Cr by 2024.

Similar to its plans during the last investment round, the new investment will, too, be channelled into growing the startup’s brand presence in the organised interior category with strategic expansion into newer markets. In addition, it will use a chunk of the funds to further invest in technology to strengthen its consumer-first approach.

Launched in 2014 by Rama Harinath, Srikanth Iyer, and Vivek Parasuram, HomeLane offers tech-enabled end-to-end interior services in a personalised way. With technological interventions, the startup claims to have created a community of over 20,000+ customers across the country since its launch.

“We look forward to consolidating our position as a leading player in the home interiors segment in India,” said Iyer.

HomeLane claims to have had a great business year despite the pandemic; it clocked in a revenue of INR 268 Cr in FY21, and is targeting a revenue of INR 600 CR with an annual run rate (ARR) of INR 900 Cr for the upcoming fiscal year. However, it claims the growing customer demand for branded interior services, reduction in fixed costs, increase in average order value, and bundling of supplementary services to its flagship home interior offerings has helped the startup have agile business operations.

Chetan Naik, Investor, IIFL AMC’s Fund Manager said: “HomeLane is at the forefront of digitisation of home interiors space which has largely been an unorganised play. With HomeLane’s design expertise, technology and efficient process, they have shown a strong ability to provide a predictable and consistent experience to customers. HomeLane has been highly capital efficient and has been able to achieve cash profitability which is a first in the category.